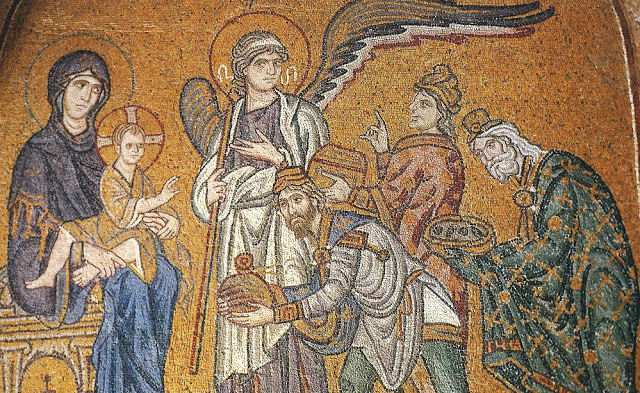 Where is he that is born King of the Jews? for we have seen his star in the east, and are come to worship him. (Matthew 2:2).
We meet the so called wise men, who came from the remote and mysterious Orient to worship the newborn King of Judah, on the very first pages of the Gospel. We feel warm and relaxed whenever we mention those wise men, or Magi. They bring about the memories of a happy and serene Christmas holiday. Those three old men wearing funny hats made a long way to honor Baby Jesus and bring him their gifts. We can’t help thinking about gifts that will make our loved ones happy, about the coziness of a family reunion, and the twinkling lights on the Christmas Tree.
With that said, the Bible in general and the Gospel in particular has a strongly negative attitude towards wizards and pagan diviners. The book of Deuteronomy warns, There shall not be found among you any one that maketh his son or his daughter to pass through the fire, or that useth divination, or an observer of times, or an enchanter, or a witch, or a charmer, or a consulter with familiar spirits, or a wizard, or a necromancer. For all that do these things are an abomination unto the Lord: and because of these abominations the Lord thy God doth drive them out from before thee (Deuteronomy 18:10-12). The attitude expressed in the New Testament is no less harsh. Suffice it to say that Apostle Paul strikes Elymas the Sorcerer blind for opposing his preaching of Christ on Cyprus (see Acts 13). Simon Magus receives a serious warning from Apostle Peter who scolds him in no unclear terms for his attempt to buy the apostolic power with money. Why, then, are the strict prohibitions of the Old Testament inapplicable to the Wise Men of Christmas ? 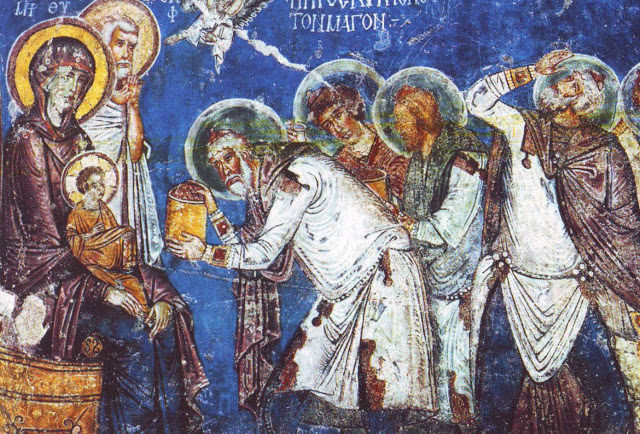 Who were those Magi? These wise old men came from afar to worship Baby Jesus. They have been venerated as saints in the West since ancient times to the point that they even have commemoration dates (January 1 for Casper, January 6 for Melchior, January 11 for Balthazar, and January 6—the Epiphany—for the three wise men together). Their relics initially rested in Constantinople, then they were transferred to Milan, and finally to the Cologne Cathedral, where they rest today.
Unfortunately, we don’t know their exact origins and how many of them there really were. There are a number of guesses as to who those mysterious travelers from the Orient were.
According to Greek historian Herodotus, the Magi (μάγοι in Greek, meaning wizards or sorcerers) simply belonged to a Median tribe called the Magi, which carried out the functions not unlike those of the tribe of Levi. Others claim that the Magi is a caste of learned priests and prophets in the Persian Empire who studied medicine, astronomy, mathematics, and other sciences. Prophet Daniel is known to have been appointed the chief Magus, i.e., the chief sage in Babylon. Then the king made Daniel a great man, and gave him many great gifts, and made him ruler over the whole province of Babylon, and chief of the governors over all the wise men of Babylon. (Daniel 2:48). 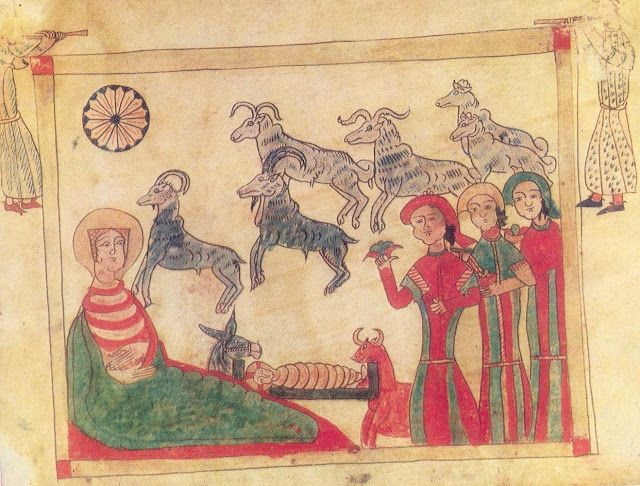 The exact number of the wise men who arrived in Jerusalem and the point of their departure isn’t clear, either. Various medieval sources contain information about 2, 4, 6, 8 wise men, while Syriac tradition mentions 12 wise men who had a large retinue. Finally, Origen’s version about three wise men gained traction, primarily because they are said to have brought three gifts: gold, frankincense, and myrrh.
The country of the wise men’s origin is also unclear because the phrase we have seen his star in the east can be interpreted in multiple ways. When the Greeks and Romans spoke about the East, they didn’t always mean any exact geographical region. Hence, ancient Greeks would often mistake Ethiopia, which is located in the south, in the East Africa, for India, which is located in the east. The wise men are said to have arrived from the mysterious Tarshish or the legendary land of Ophir, or Arabia and the Kingdom of Sheba, based on the words of Psalm 72, The kings of Tarshish and of the isles shall bring presents: the kings of Sheba and Seba shall offer gifts. (Ps. 72:10). Some Holy Fathers, including Saint Maximus of Turin (5th century), conjectured that the wise men or at least one of them possibly hailed from Ethiopia or India. That is why one of the wise men is often traditionally portrayed as a black man. Bede the Venerable (+735) already provides us with the names of the three wise men, which were later incorporated into the church tradition of the Western Church: Casper, who is a beardless young man, Melchior, who is an old man with a long beard, and Balthazar, who is black. The same Bede the Venerable wrote that the wise men were the descendants of Shem, Ham and Japheth and thus represented all human race and all human wisdom seeking the truth and finding it in Christ.
There is another, no less ingenious hypothesis of some Holy Fathers who consider the three wise men to be the descendants of the diviner (another good wizard, mind
you) and prophet Balaam who blessed Israelites instead of cursing them and who foresaw a certain star:
I shall see him, but not now:
I shall behold him, but not nigh:
there shall come a Star out of Jacob,
and a Sceptre shall rise out of Israel,
and shall smite the corners of Moab,
and destroy all the children of Sheth. (Num. 24:17)
Blessed Jerome of Stridon and Saint Ambrose of Milan followed the tradition attributed to Origen and assumed that Balaam’s descendants passed from one generation to the next generation a legend about a certain star that would point at the newborn Messiah who would bring many children of Sheth to repentance. It is no surprise, then, that the wise men were so happy when they saw the star and embarked on the distant and dangerous journey to honor the Messiah: their ancestors had been waiting for that star for many centuries. 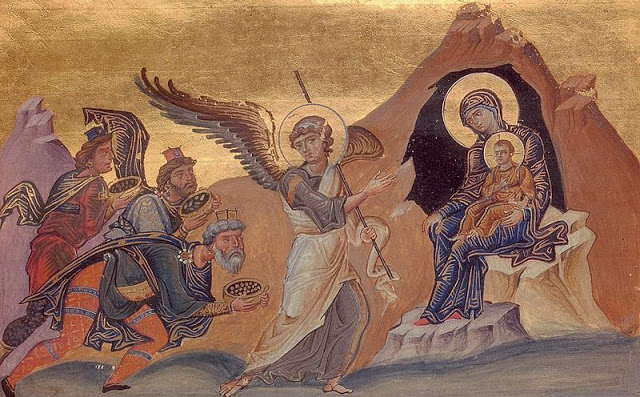 As far as the star itself is concerned, there are even more guesses with regard to its origin and nature. This question bothered the curious minds of ancient Christian exegetes and contemporary scholars alike. Thus, St. John Chrysostom suggested that the star was in fact an Angel of the Lord who took the image of the star for the sake of the Oriental stargazers who were interested in astronomy and astrology. Saint John stressed the superior knowledge of the ancient Jews who, having learned monotheism from God, were able to have apparitions of angels, whereas the Oriental sages who hadn’t been instructed by the light of true worship of God, were led to Christ by a star, as it is sung in the Orthodox Christmas hymns. It must be noted that the wise men, having worshipped Christ, didn’t return to King Herod as he had asked them to, willing to kill the newborn King. Instead, being warned of God in a dream that they should not return to Herod, they departed into their own country another way (Matthew 2:12). We see that the three wise men, having recognized Baby Jesus as the Messiah, are immediately deemed worthy of having a revelation in a dream. Allegedly, the wise men, after they learned the Truth, did no longer need to study astrology. They returned to their homeland as Christians and were later baptized and even made bishops by Apostle Thomas.
Contemporary scholars generally assert that the appearance of the Bethlehem Star was nothing other than a conjunction between Jupiter and Saturn in the constellation of Pisces, which took place in the year 7 BC. The Biblical science and Orthodox calendar also place the year of birth of the Savior into the same period.
Therefore, we don’t know for sure both the exact number and the origin of the mysterious wise stargazers and the origin and the nature of the Bethlehem Star but it doesn’t matter. What really matters is the fact that humans are looking for the truth, yearning to acquire it and serve it, for serving the truth is the genuine liberation of the human race. [Y]e shall know the truth, and the truth shall make you free. (John 8:32). Indeed, it’s exciting to read about several wise men from the East who undertook such a long journey to worship the Baby born in a miserable cave in a small town of Bethlehem, unknown to the rest of the world, and to bring Him gifts. Nowadays, the whole world remembers and loves those mysterious Magi, respects their humility before the Baby and his Most Pure Mother, and rejoices with them. They found the Messiah—the Anointed One anticipated by the patriarchs and prophets of old, the Mighty King whom Virgil had dreamed of in his Fourth Eclogue and the Peacemaker whom Moses prophesied:
The sceptre shall not depart from Judah, nor a lawgiver from between his feet, until Shiloh come; and unto him shall the gathering of the people be. (Gen. 49:10). 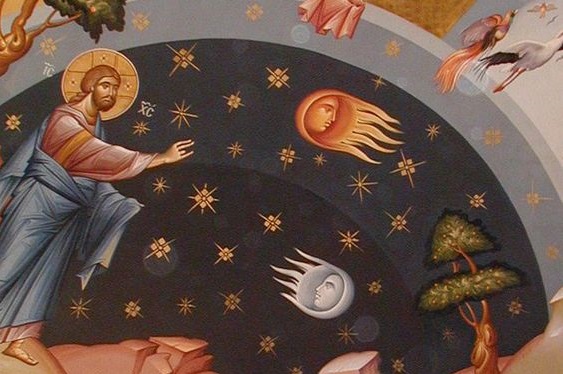 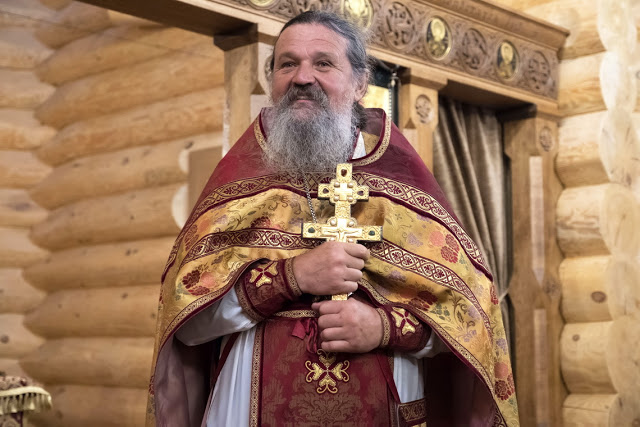 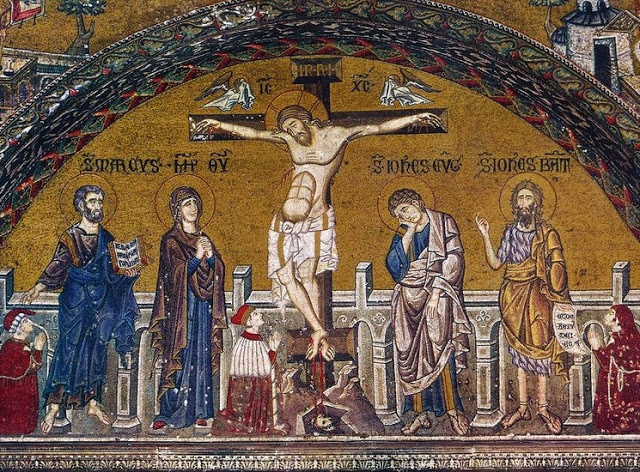