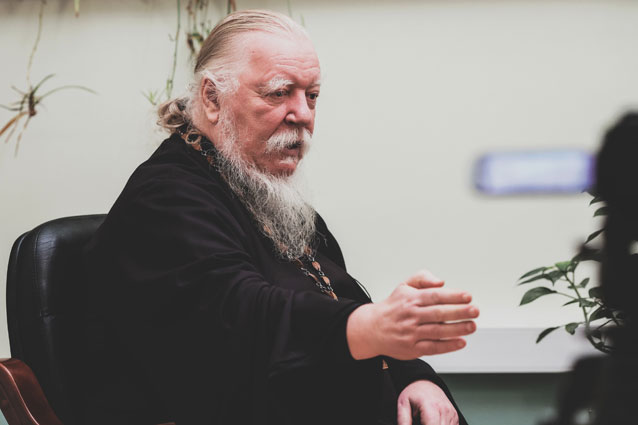 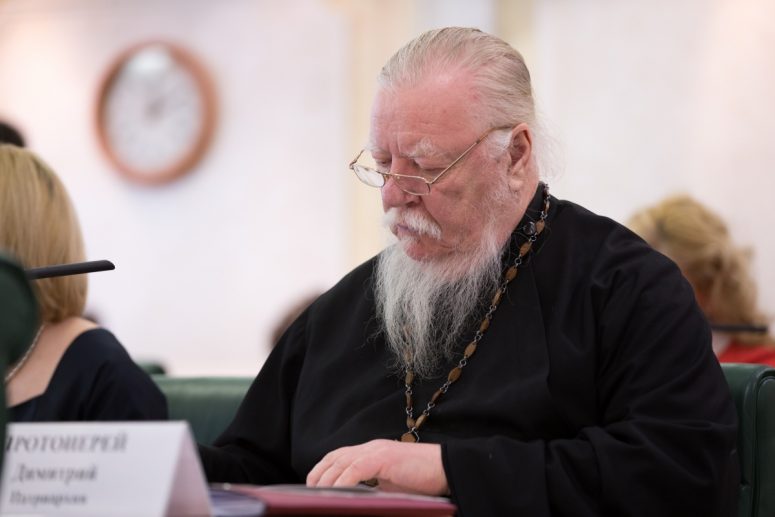 The Rev. Dmitry Smirnov is a handsome and appealing man who hails from Moscow bohemian circles. He is the chairman of the Patriarchal Commission on Family, as well as one of the most notable advocates of the onslaught of the Russian Orthodox Church into public life. Here is an excerpt of his interview to Snob Magazine on how to get rid of divorces.

A year ago, you suggested [ru] to banish people under 21 from using the internet and playing video games, didn’t you? The word youth can be heard at every meeting of the clergy, formal or not. That is how the Church underlines the importance of attracting young people. How can you expect them to come to church if you want to see the internet and video games banned?

Our later Prime Minister Viktor Chernomyrdin used to call it wishy-washy. I’m a certified teacher. I’ve founded a school and three orphanages. When I saw the impact that the web had on the children I worked with, I was shocked by the damage it had done to their intellectual and spiritual well-being. My point was that if fathers want to grow a decent new generation, they certainly wouldn’t allow their kids to smoke, drink alcohol, use drugs, watch TV and use the internet. Otherwise, this generation will be destroyed by those serious tools. One should be able to decide for themselves what to do no earlier than their brain becomes fully mature. You’re welcome to enjoy your adulthood as soon as you grow up.

The word ‘family’ has suddenly become among the key words for the Church. Why does the Church need to bring up this rhetoric? Isn’t it true that a human being stands before God alone?

I perceive each divorce that occurs in our country as my personal pain. I know that half of our children have no dads. I know that ninety per cent of our men don’t pay alimony. They abandon wives with five or six children. That’s how our mass media and our popular singers educate the nation. I will never forget what Lyudmila Zykina once told a reporter during an interview, “I have been married four times, so what? I’ve maintained good relationships with all my ex-husbands.” She was married four times and she didn’t manage to have a stable family. She is proud of it, apparently. She is a popular singer and she isn’t ashamed of telling the whole world about this new norm. Family values used to be the default way of life just a hundred years ago. I have been doing everything I can to bring our society back to its roots, even though I have no other tools than my blog and my show on satellite TV. If I were Putin, I would change the situation drastically in just a decade. But I’m not Putin.

How Would You Change the Situation?

Easily. I’d meet with all CEOs of all broadcast companies and ask them, “Guys, do you like your jobs?” “Sure we do.” “From now on, there must not be a single movie that shows destruction of families. Secondly, you must by all means make other shows to replace Let’s Marry or Let Them Talk with Andrey Malakhov. You’ll find the best, the strongest, and the most wonderful families and you’ll tell the public about them. You’ll tell your audiences how children love their parents, how grandparents love their grandchildren, and you won’t show anything that corrupts families. Never again.” I’d gather all pop singers and all authors and say, “You will no longer sing 15-minutes long songs about love. You’ll sing only those songs that tell about girls and young men who want to marry and have five sons and three daughters. If you do it, we’ll allow you to appear on our government-funded television and even pay you.” Finally, I’ll call the Minister of Culture and tell him, “All exhibitions must praise family and motherhood.” Then, the Minister of Education, “Family must be the main subject in all our schools. You’ll tell the kids why human race consists of men and women, why God created them in such a way, what is the meaning of all that. You’ll invite fathers who have many children to speak in schools. Every student will know that aside from the fact that Dmitry Mendeleyev discovered his great table of chemical elements, he was the 17th child in his family. You’ll teach that about all great Russians. You will commit yourselves to frenzied propaganda of family values, but it should not be arrogant and pushy; it has to be calm, loving, and reasonable.” Popular music, school, TV. Well, and we’ve already mentioned that we close the internet for people under 21.

That’s when we’ll see Russia turn from an aging country – currently, the median age of our population is 40 – into a nation where the median age is 10. It will be a country full of children; it will be filled with children’s voices. We need families with lots of children. We need 600 million people, rather than 140 millions that we have now. Only then shall we become a great nation. Out of those 600 million there will appear a new Leskov, Pushkin, Rozanov, and Gagarin. Everything is possible. 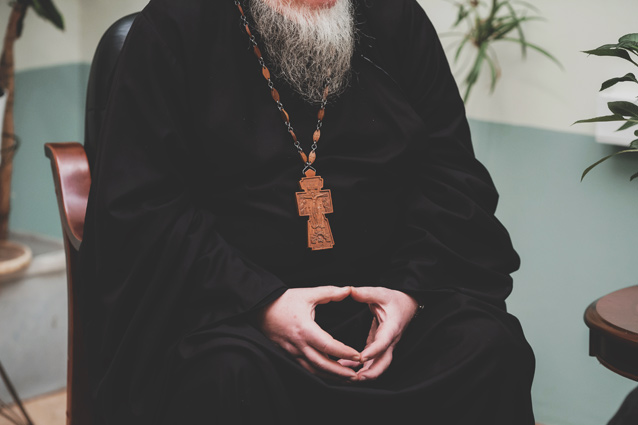 In fact, there is a magic country that you are rooting for, and it has the magic television with endless church services, sermons, and myriads of happy families. That country is Saudi Arabia. There is no other country in the world that could be so close to your ideal. Even Iran isn’t as wonderful. Do you want to turn Russia into Saudi Arabia?

No, I don’t suggest that Russia should turn into Saudi Arabia. I would like to accomplish the tasks.

By the way, what do we do with Anna Karenina? Shall we ban that book?

No, why? There mustn’t be any bans. Germans print Mein Kampf even today, right? They simply add commentaries to it. We need a movie about Anna Karenina, followed by a commentary: “Dear children, that’s what happens when a woman cheats on her husband and conceives a child out of wedlock. It ends with a train running over your beautiful body. One leads up to the other.”

That is, we will show movies about bad families but add commentaries to them?

Of course, we will. Before or after the show. It all depends on the tasks that we want to accomplish. If our government wants to achieve that, then our Russian families will remain and there will be fewer divorces. As long as the government isn’t doing anything about it, we will promote the normal family values to the best of our abilities. People are happy only when they live in a family.

It is a fairly radical claim. No one has ever expressed it so clearly, at least not the Russian Orthodox Church.

It isn’t anything new. It has its roots in a long-forgotten past. 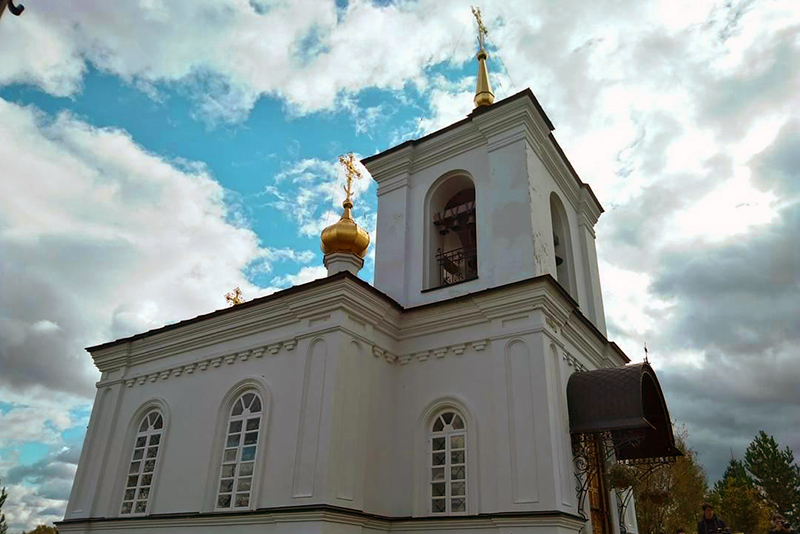 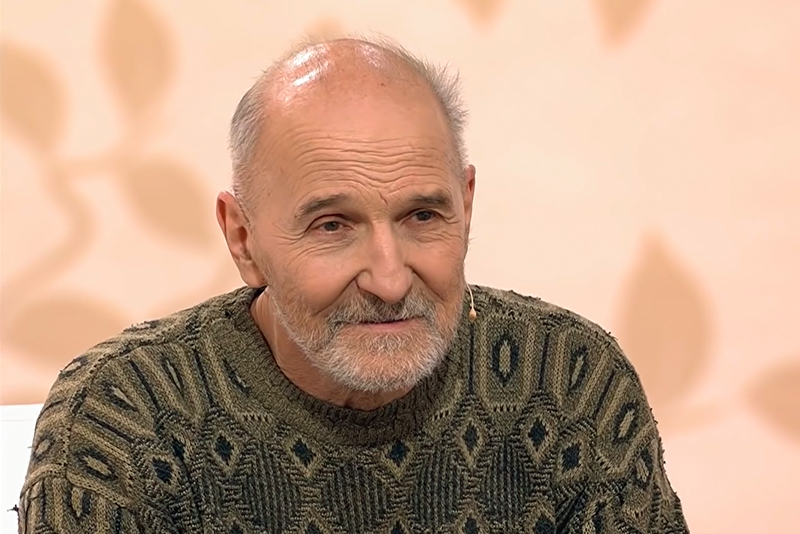 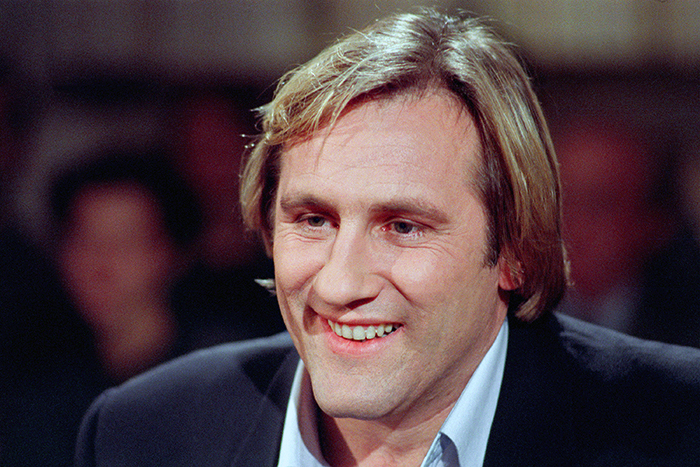