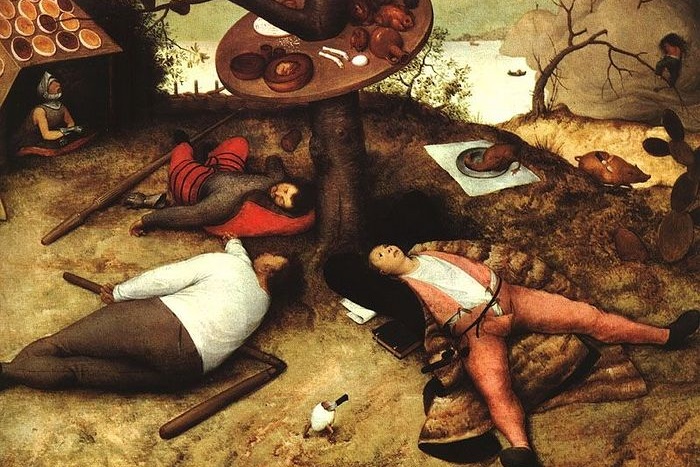 C.S. Lewis, in his book Screwtape Letters, Chapter XVII, imagined a senior devil writing to a junior devil about how to tempt a certain Englishman: “One of our great achievements of the last hundred years has been to deaden the human conscience [regarding gluttony], so that by now you will hardly find a sermon preached or a conscience troubled about it in the whole length and breadth of Europe.” And not only in Europe. I had often warned people against greed and lust and pride and envy, but till I began working on this article (for my parish, some years ago) I had not even thought seriously about gluttony. [The Introduction to this series and the Sin of Pride are in Posts 85 and 86.]

Our Antiochian Pocket Prayer Book, which we’re using as a general guide in this series, says gluttony is “the habit of eating and drinking too much”.  I think that is not an adequate definition (we need to go deeper) but let’s start there. What is “too much”?  As I was preparing this article, while eating yet another piece of chocolate candy, I wondered: Am I now committing the sin of gluttony? So in order to avoid dealing with that… I decided to think about my grandparents.

My Grandpa Fred was a small man, 5’6” and 120 pounds on a good day, and he ate like a horse, we used to say. After Grandma died he would visit us and nearly clean out the refrigerator. When he was 89 he told me that all his life he had eaten more food than he wanted, just to keep from losing weight. (Don’t you wish…?!) My Grandma Rosie, on the other hand, was more than pleasantly plump, but she ate little. She said she could sniff food and gain five pounds. All her life she would make these big meals and then have to watch as Grandpa shoved them down. So were either of my grandparents gluttons? Grandpa who looked like he was eating too much but was not? Grandma who looked like she had eaten too much but had not? I think neither was guilty. They just had very different metabolisms. The point is that gluttony cannot be judged by outward appearances. What we’re interested in here, as with all deadly sins, is the inner spirit of gluttony.

However, gluttony is indeed “eating and drinking too much”, that is, more than is good for us. Once most people did hard physical labor and ate a lot without being gluttons. For many people today with our desk jobs, eating the same amount is gluttony, and I’m afraid it shows. Above: hot dog eating contest. Yes, he ate them all. God only knows why.

When I used to return to America after traveling in Europe, almost the first thing I noticed was how many, uh, well, fat people we have here. I swim regularly at our local Y where I see things that ought not to be seen. Currently almost 67% of American adults are overweight. 30% are obese. 5% of American adults are morbidly obese – a 400% increase since 1986. (You can find these statistics online from many sources.) Some of this can be caused by bad metabolism. It cannot all be.

In Screwtape Letters C.S. Lewis wrote that being fussy about food and drink is also gluttony.  People who drive their spouses and hosts crazy because they just won’t eat the food prepared for them; they have such “sensitive” tastes: “Oh, that’s not prepared the way I like it, I can’t eat that.” “I  don’t want that much; bring me half that much.” “I know you made this especially for me, but I can’t eat it. It’s Lent.” “I can’t drink ordinary coffee: I must have cappuccino perfectly made: skim milk, not too hot, not too cold, with lots of foam.” (I am thinking of a certain priest whom I know well – from the inside.) Above: Ooooh…

The fact that we do not eat large portions may blind us to our gluttony, how much we focus on pleasing our palates. So… can I walk past that box of chocolates and not take one? Do I get grumpy when I can’t get my cappuccino? Do I control my appetites or do they control me? Here the monastics witness to the fact that one can lead a good life without fine food and drink. After a visit to Mount Athos, I described food there as “medieval Greek peasant food”. I thought it was awful. But my friend Father Barnabas (+memory eternal) ate it daily, and he appeared to be a very happy man.

Saint Ilias the Presbyter wrote that gluttony is dangerous because “sexual desire diminishes once the body is past its prime, but gluttony continues unless properly disciplined.” The Philokalia, Volume 2: Gnomic Anthology, Part II.56 (I think this is the  equivalent of the modern saying “Kissin’ don’t last, but cookin’ do”!)

Some of the monastic authors called gluttony one of the worst sins. Saint John of the Ladder rails at it: “Gluttony is hypocrisy of the stomach. Filled, it moans about scarcity; stuffed and crammed, it wails about its hunger. Gluttony thinks up sweet seasonings, creates sweet recipes. …Gluttony has a deceptive appearance: it eats moderately but wants to gobble everything at the same time. A stuffed belly produces fornication, while a mortified stomach leads to purity. The man who pets a lion may tame it, but the man who coddles the body makes it ravenous.” Ladder of Divine Ascent, Step 14

There are many similar passages in monastic writings, but we do need to read them in context. Monastics fear that excess in food will lead to sexual activity, which is entirely forbidden to them. Perhaps this explains why monastic writings, so far as I know, do not do justice to feasting, although Saint Maximos the Confessor has the right principle: “It is not food that is evil but gluttony, not the begetting of children but fornication, not possessions but greed, not reputation but false pride. There is nothing evil in God’s creation except misuse.” Four Hundred Chapters on Love: Third Century.4)

The results of Gluttony

1  Eating and drinking too much affects our health, fills our arteries with cholesterol, destroys our livers, hurts the body God gave us. If it destroys our health, we needlessly become a burden on family, friends and society. That is culpable sin.

2  A general loss of self-control. If we cannot control something which we do so often, three meals a day almost every day usually with snacks in between, this is almost certain to spread into the rest of our life.

3  Gluttony dulls our spiritual senses. Overeating makes us sleepy or nauseous. Over-drinking make us sleepy or giddy or sometimes nasty. How can we walk in the presence of God when we’re in that condition?

4  Are there perhaps more important things we might want to focus on during our limited time on earth? Today many of us have so much good food and drink, and we spend so much time contemplating food, checking out menus on-line, indulging in food, talking about food. As the Apostles were fussing about lunch, Jesus said, “I have food to eat of which you do not know. My food is to do the will of him who sent me.” (John 4:27 34) “Do not work for the food which perishes, but for the food which endures into everlasting life.” (John 6:27) Saint Paul wrote, “Food is for the stomach and the stomach for food, but God will destroy them both.” (I Corinthians 6:13)

5  How much has gluttony affected the spirit of our society? Somehow despite all our churchgoing, so many modern America people want immediate material gratification. (Watch HGTV!) Increasingly we ignore the poor and the hungry. I wonder how much our self-indulgent eating habits are behind all this. Is it because we have become a nation of gluttons? 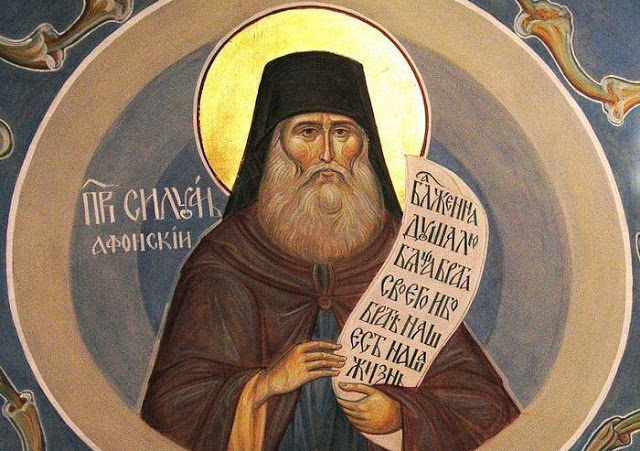 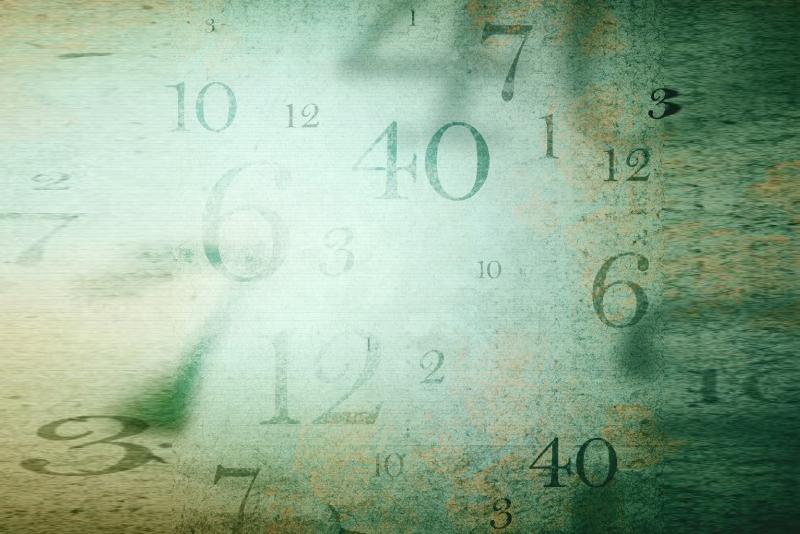 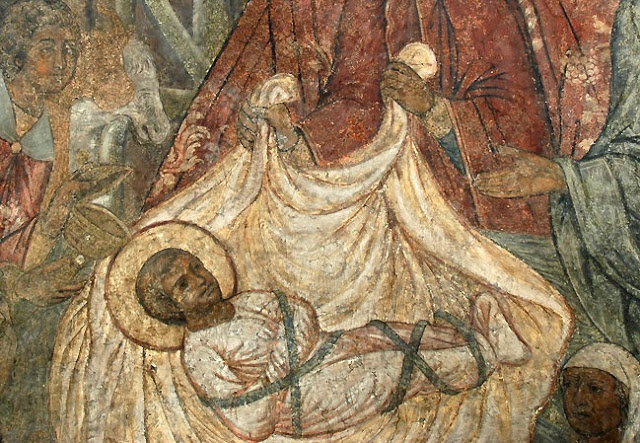