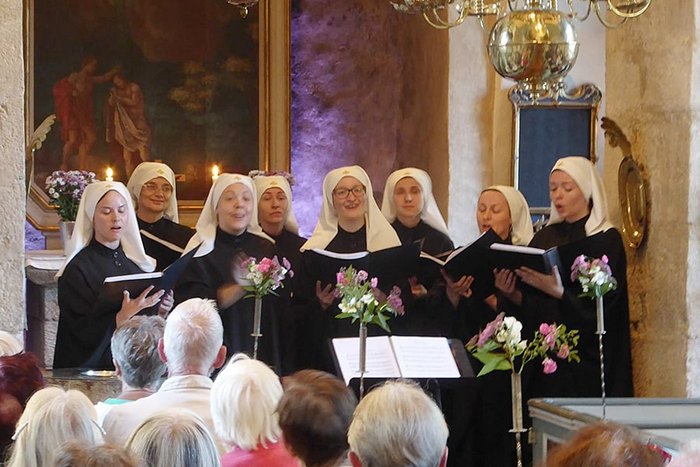 The Rejoice Choir of the Sisters of Mercy of our Convent recently performed concerts in Sweden at the invitation of Elizabeth and Basilius Wingård, our dear friends (https://obitel-minsk.ru/en/news-and-articles/we-found-answers-to-our-questions-in-the-orthodox-church). They met Nun Vera (Gordienko) ten years ago and have hosted our sisters at Christmas fairs in Sweden ever since. They are always happy when our sisters arrive. That was why they took care of all the hassle of organizing the concert and covered the sisters’ travel expenses.

Veronica Bondarovich, the choir leader, and its members Tatiana Zhedik and Marina Sergeeva shared their impressions of their journey.

Tatiana: What did our choir know about Sweden? This is the birthplace of the World’s Best Karlsson, the Vikings and the cold sea, ABBA and the Nobel Prize. Oh, and also Volvo, IKEA, and sour herring. Here we were, a group of eight people, flying to Copenhagen, and then taking the train to Sweden across the amazing Öresund Bridge. 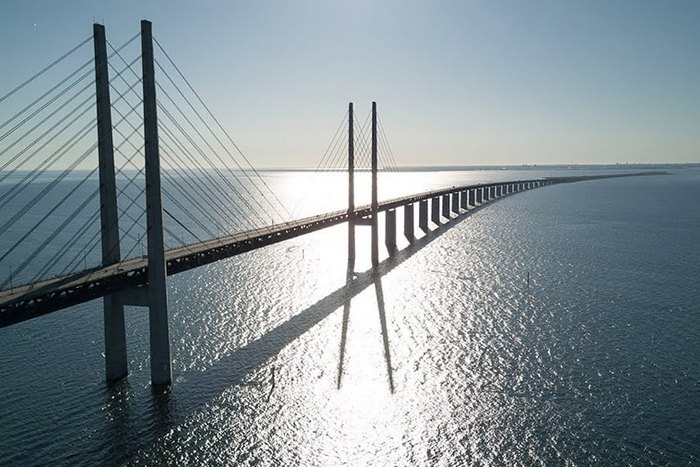 How were you received?

Veronica: First, we came to the city of Kristianstad, to the Serbian Orthodox parish of St. Demetrius of Thessaloniki. This parish is international: the parish priest is Swedish, his wife is Greek, and the parishioners are Romanians, Greeks, Lebanese, Serbs, and Russians. We helped with singing during the Divine Liturgy. The worship was in Swedish, but the litanies were in various languages such as Greek, Church Slavonic, and Romanian. We also learned It Is Truly Meet in Swedish, in their ancient chant, specifically for this occasion.

Tatiana: Father Stephen, the parish priest, had adapted an ancient folk tune to church environment. The parish priest is a very interesting man: he is a priest, a musician, and a naturopath. He visited Athos 35 years ago as a simple tourist who studied landscapes. The Holy Mountain was interesting to him just as a peninsula but it was there that he had his first meeting with Orthodoxy. He told us that he had left that place as a new person. 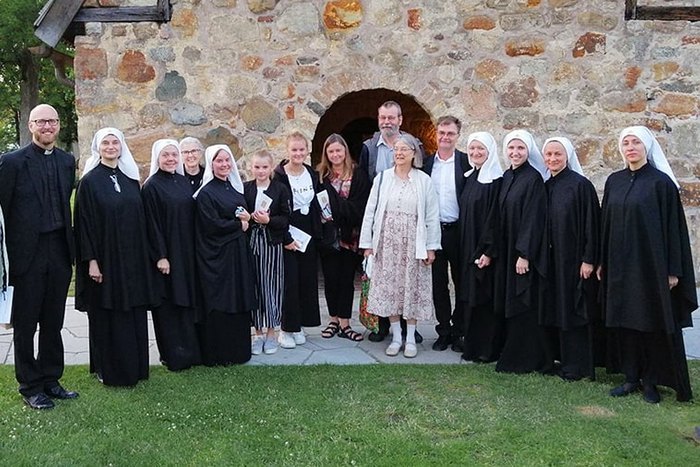 We all were fascinated by the prayerful spirit of the divine service. It was as if Father Stephen had brought the lively and warm tradition of worship to cold Sweden, to a humble and cozy church that had previously belonged to the Swedish Church.

Veronica: Yes, the service is well organized, the priest pronounces every word carefully and calmly, and the choir responds in the same rhythm and manner.

Marina: It gave me goosebumps… We came to a foreign land, where the Orthodox Church is very small. There were five people at the divine service on Saturday, and fifteen on Sunday. The few Orthodox Christians come from all nearby areas. Elizabeth and Basil, for example, drive 125 miles to attend the Liturgy. 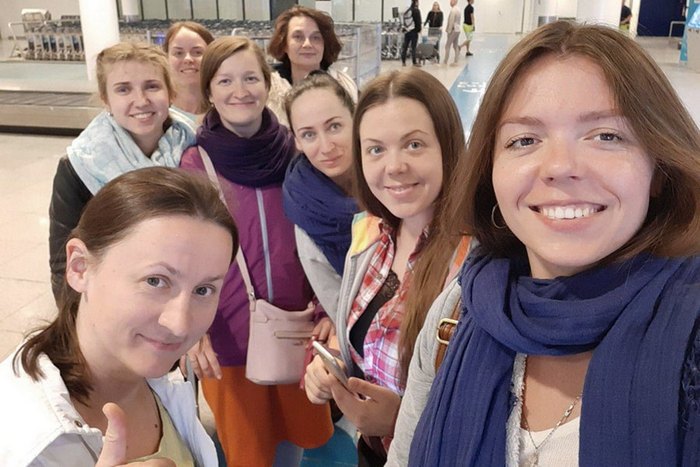 Veronica: Oh, but how they love each other, how they stick together! After the Liturgy, they always arrange an agape meal. They eat together, drink tea and coffee with pies, which they bake themselves. Matushka is a very practical and hospitable woman.

Marina: In fact, a lot of people who come to the country find it hard to live there. Almost all the parishioners once left their homeland. There were only a handful of native Swedes. For the rest, the Orthodox parish is like a breath of fresh air.

Tatiana: Our participation in the divine service sparked a response which we didn’t expect. We came there for the first time but we were treated like dear old friends. The day after we left, we received a letter, “Your arrival meant so much to us! Occasionally, we meet people with whom we feel a strong connection, with whom we share a common goal in life. When this goal is to be close to God, then life becomes more meaningful. You find a new sister and a new brother, a wanderer in this life who struggles for eternal life, where we all shall be one and where we hope to be together.” Words like these give us strength and inspiration for new journeys and encounters. 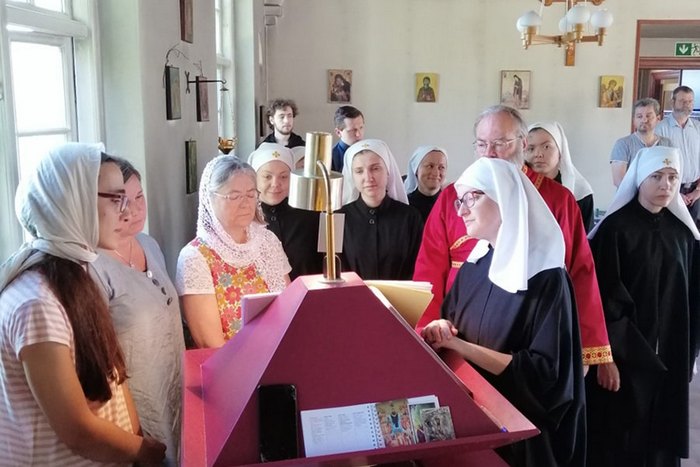 Veronica: And then we went to Kalmar, where we lived with Basil and Elizabeth and performed two concerts in Swedish churches. The churches were full and there were no seats left.

What were the criteria by which you drew up the program? What hymns were selected?

Tatiana: The program consisted of two parts: liturgical hymns and spiritual songs. We learned It Is Truly Meet and Many Years in Swedish for the sake of Swedish listeners. 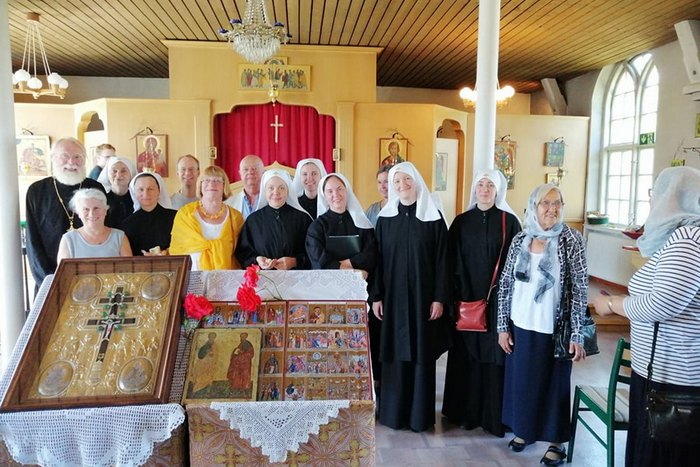 Marina: It should be noted that we sang in churches, and it is not generally acceptable to applaud there. And here you are, singing your first piece, and people just keep quiet. So you look for a face in the audience to see how they feel… When the concert was over, after the last song, there was a flurry of applause, though. We almost left the stage, but they applauded and wouldn’t let us go.

Veronica: The reaction to the Belarusian spiritual rhyme Three Angels (harmonized by Nun Juliania) was very warm. The audience was aware of what was being sung, because Tatiana was giving a brief summary of each piece before it was performed.

What feedback did you get after the concert? 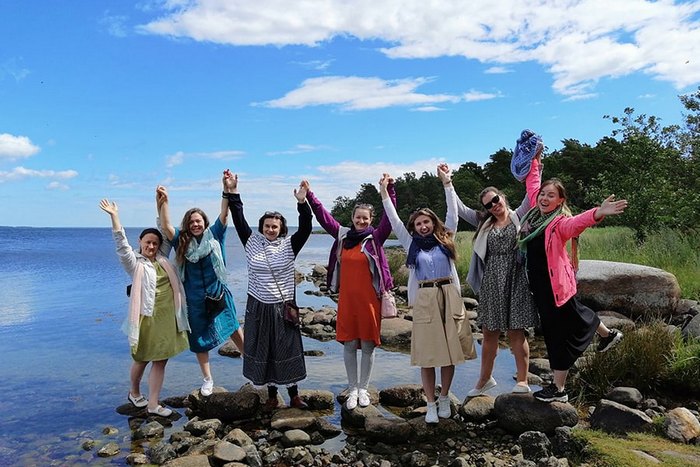 Tatiana: I’ll begin in a somewhat roundabout way but you’ll see that it is directly related to people’s feedback. Elizabeth told us that she had left the Protestant Church 12 years before, although she had been a deaconess throughout her life. The reason for her leaving Protestantism was that the Lutheran Church had lost its “salt”, that is, its spirituality.

Indeed, we saw that at this point the Lutheran Church is run by organists. They are the ones who make up the program of divine service, decide where to cut angles and how to perform it: whether it has to be fun, sad or humorous. Imagine what it would be like if the precentor had the decisive word in our Church, “We’ll chop off a piece of service here, shorten it there, sing an upbeat song here, and you, Father, can just sit back and relax…” 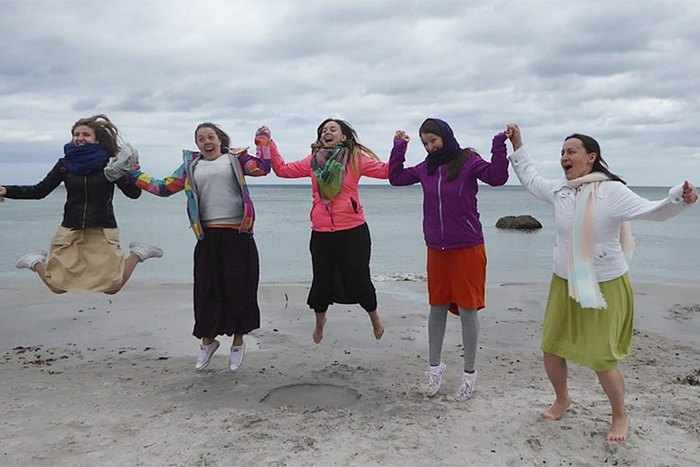 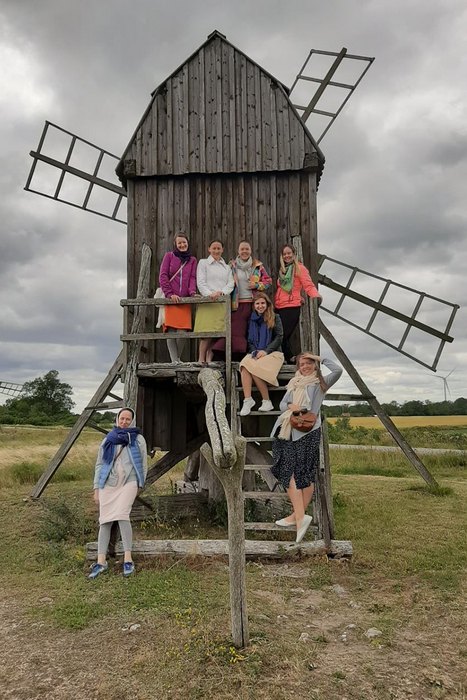 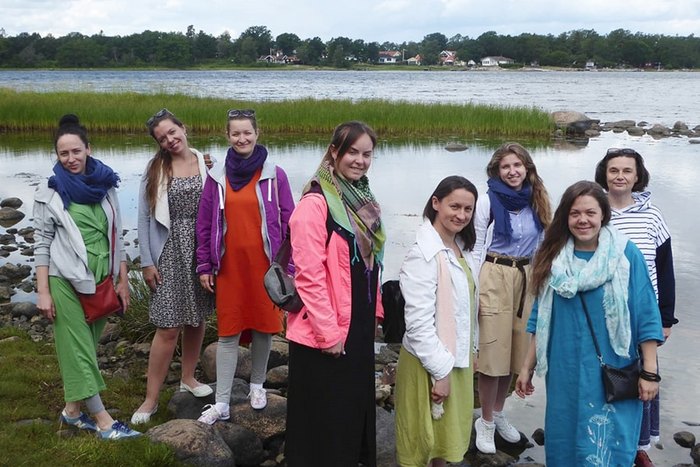 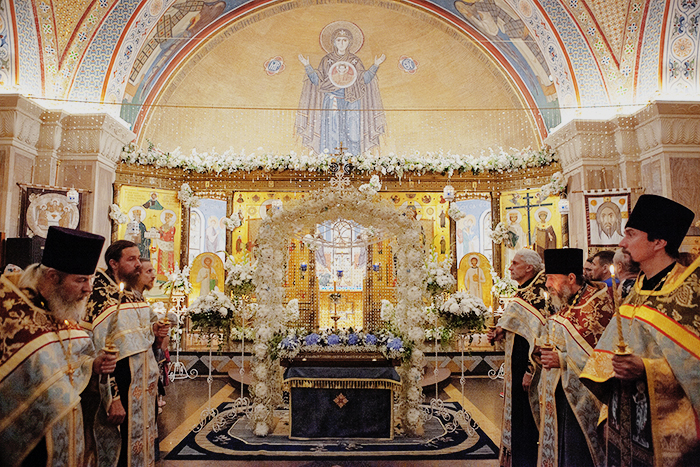 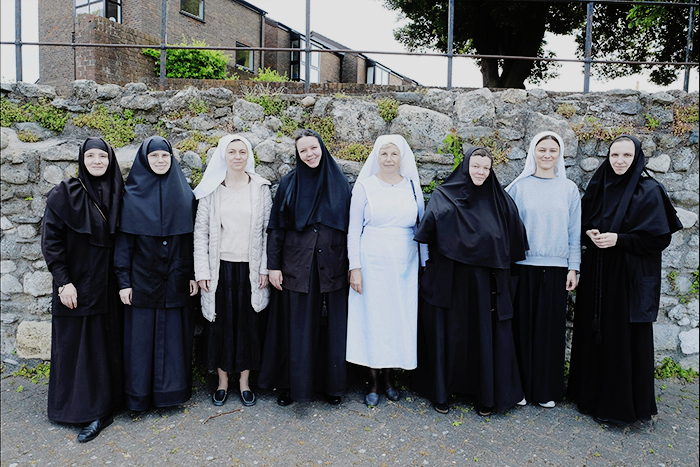 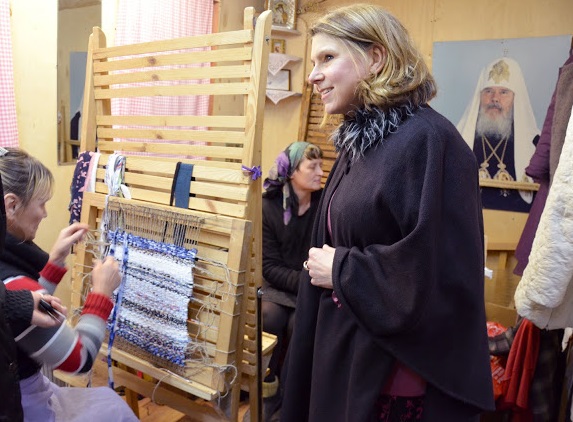