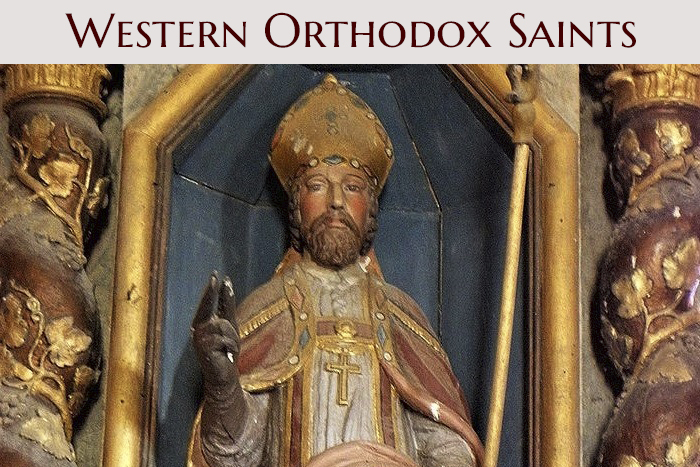 Fifteen new saints were added to the list of saints of the Russian Church two years ago. They are ancient saints of the Western Church who lived before the deplorable Schism of 1054. They demonstrated their love of Christ and staunch commitment to Orthodoxy with their lives. Each Local Church has her own menologion, that is, a special calendar marked with commemorations of those saints whom that particular Church finds most precious to her. The commemoration of the greatest Church Fathers, prominent monks, and famous martyrs is celebrated on the universal level; with that said, each Church preserves the memory of other godly men and women who became known and revered in a certain land and who are less known to the faithful in distant lands. Thus, Slavic Christians barely heard of the spiritual feats of Saint Patrick of Ireland and Saint Genevieve. Even today, hardly anyone knows about Saint Lupus of Troyes.

The situation changed after the 1917 catastrophe and the Russian exile. Many Orthodox Christians who had to live as emigres in the Western Europe got to know ancient Orthodox saints of the West. Saint John of Shanghai and San Francisco was one of the first hierarchs to promote liturgical veneration of ancient Western saints. Saint John was acutely aware of the universal dimension of the Orthodox faith. He deemed it important to restore the names and lives of those saints in the memory of the Church. He even issued a special decree ordering his clergy to mention Western saints during litiyas and dismissals.

Saint Lupus of Troyes is one of those ancient Western saints. Lupus was born around 393 or 383 in Tullum Leucorum to a noble Gallo-Roman family. He received good education and married Pimeniola, a sister of St. Hilary of Arles and a relative of St. Honoratus. His biographer tells us that Lupus spent six years in marriage, after which both spouses decided to dedicate themselves to monastic living. Pimeniola became a nun, whereas Lupus entered Lérins Abbey because he was fascinated by Saint Honoratus, the abbey’s founder.

Lérins Abbey was founded in 410 on an island in the Mediterranean, not far from Cannes. Lérins Abbey played the same role for Gaul as Kiev Caves Lavra for Russia: the abbey, noted for its strict charter, supplied educated and pious bishops for the entire Gaul. It produced a lot of renowned saints, such as St. Vincent of Lérins, St. Hilary of Arles, St. Patrick the Enlightener of Ireland, and many others. The future Saint Lupus also made his first steps in monastic living in that abbey. 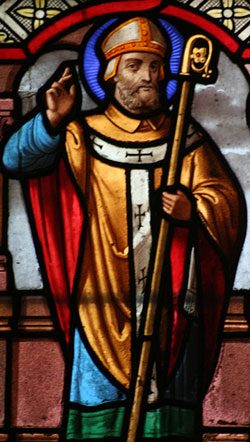 Lupus was elected bishop of Augustobona Tricassium, which is now known as Troyes. Here are a couple of exciting stories from his life.

Preserving Marriage. In spite of having parted with his wife by mutual agreement, Saint Lupus helped a commoner named Gallus to preserve his marriage. Gallus decided to abandon his wife and ran from her to Clermont. Saint Lupus wrote him a wise and moving letter and forwarded it through Sidonius, the bishop of Clermont. Gallus returned to his wife thanks to the bishop’s persuasiveness. That was what Bishop Sidonius said in that regard, “Is there anything more beautiful than an admonition, which both leads the sinner to repent and makes him love the admonisher at the same time?”

Defending Orthodoxy in Britain. At the request of Pope Celestinus (an Orthodox holy hierarch whose commemoration date is April 8), the Council of Arles sent Lupus and Germanus of Auxerre to Britain in 429 to eradicate Pelagian heresy. Saint Lupus converted many former heretics to Orthodoxy. The memory of the bishop from Gaul lives in the hearts of Britons to this day. There are many churches in Great Britain that are consecrated in honor of Lupus. There is also an English last name Sentlow, which is derived from the name St. Leu.

Lupus and Attila. The Lord saved Troyes from the invasion of Huns led by Attila thanks to St. Lupus’s prayers. The bishop, clad in his full attire, walked towards the leader of the Huns in front of a religious procession, and asked Attila, “Who are you?”

Attila replied, “I’m God’s scourge.” Lupus retorted, “We shall accept everything that God sends us but if you are a scourge, with which the Heavens punish us, be careful: you cannot do anything other than what God’s hand, which directs you, lets you do.” Attila was left speechless and didn’t ruin the town. Lupus took his horse by the reins and showed Attila around the town. These are the memories that Saint Lupus’s flock have of this educated monk, a man of prayer, and a capable diplomat to boot. Saint Lupus died on July 29, 479, having spent fifty-two years on his bishop’s see. 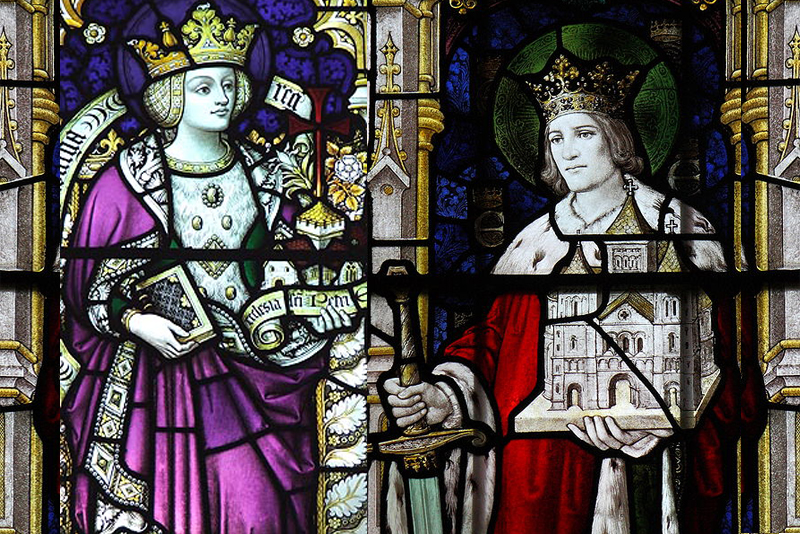 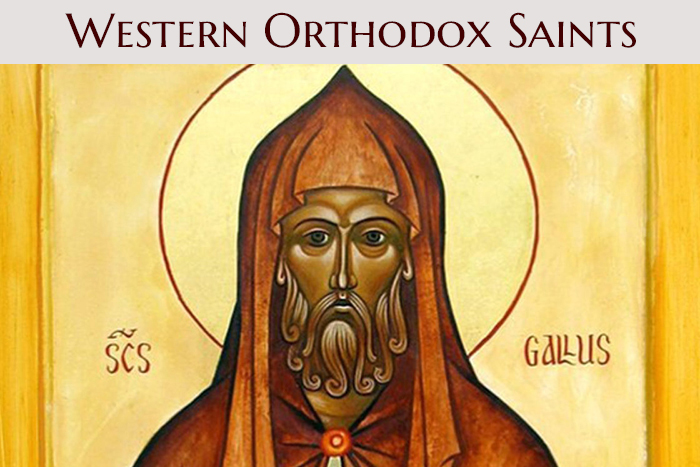 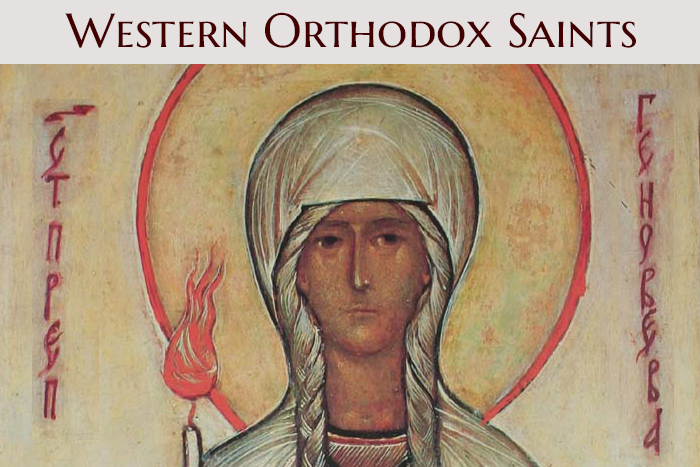