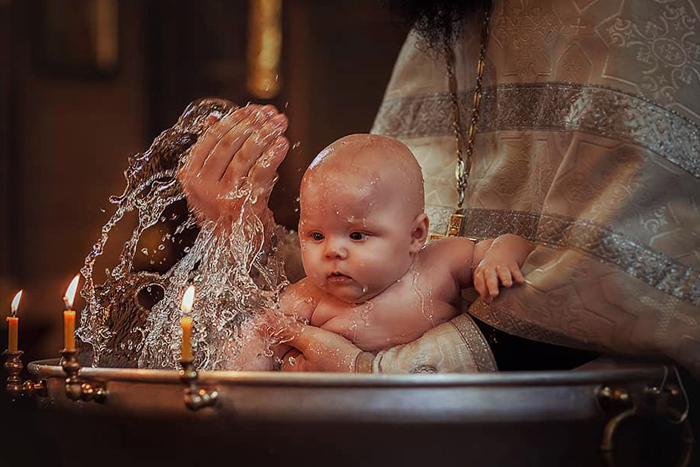 Christian baptism is about conversion, as a quick look at the Orthodox liturgical texts reveals. Questions are addressed to the candidate, requiring him or her to renounce Satan, and to seal this renunciation by spitting upon him. Next, questions are addressed to the candidate, requiring a statement of union with Christ, which the candidate utters and then seals by bowing down in prostration to Christ, and by confessing the Nicene Creed. Clearly, the baptism of such adult converts is the historic norm, and no one disputes this. The question is: can this rite of conversion also be applied to infants and those too young to answer for themselves? Is it allowable for sponsors to make the required responses on the little one’s behalf? For the Christian Church not only grows by making converts, but also by those converts having babies. After the baby is born, what is to be done with the wee one? If the New Testament texts talking about the baptism of babies are few, there are even fewer texts talking about the dedication of those babies—in fact there are none. And since the New Testament is not a rule-book governing every aspect of the Church’s life (like a set of Ikea assembly instructions), such an absence of direction about what to do with babies is hardly surprising.

Obviously the Orthodox Church baptizes babies, regarding such an exception to the rule of convert baptism as apostolic. Some people disagree (usually those people who do indeed regard the New Testament as a kind of rule book), and they often denounce the practice of infant baptism as “Constantinian”, which term they use as kind of Anabaptist swear word. Admittedly, many things began to change with the advent of the first Christian emperor, but the practice of baptism was not among them. And when you think about it, why should it have been? What Constantine did was simply to call off the dogs of persecution, and make it clear that he favoured the Christians, letting them practice their faith freely. Given this new freedom, why would those Christians make substantive changes in their faith? If they kept that faith even to the point of martyrdom and death before Constantine, why would they change it after he allowed them to practise it freely? Anyway, it will be helpful to look at the surviving historical record to see whether or not Christians baptized infants prior to the Peace of Constantine. We leave to one side for now a discussion of the New Testament texts about the baptism of households (Acts 11:14, 16:31), since people dispute whether the Jewish practice of the proselyte baptism of households (which included babies) has any relevance here.

The first voice we encounter in the record of history is that of Tertullian (d. 220), the feisty North African lawyer and apologist. He denounced the practice, and was distinctly unimpressed when people defended it by citing the text, “Let the children come to Me” (Matthew 19:14). “‘Let them come,’ he retorted, “while they are growing up, while they are learning, while they are instructed why they are coming. Let them become Christians when they are able to know Christ” (On Baptism, chapter 18). Anabaptists tend to like Tertullian, but what is not often appreciated is that this text is evidence for the practice of infant baptism in North Africa in the late second century, not evidence against it. For why would Tertullian inveigh so passionately against something that no one ever did? The North African Christians allowed the baptism of infants, and Tertullian argued that they should not.

Next we look at the witness of Origen, the Church’s first (and controversial) systematic theologian, who flourished in Alexandria and Palestine and who died in 254. He clearly knew of infant baptism, and approved of it. In one of his sermons on Luke’s Gospel, he says that “Little children are baptized ‘for the remission of sins’…Yet how can this explanation of the baptismal washing be maintained in the case of small children, except according to the interpretation we spoke of earlier? ‘No man is clean of stain, not even if his life upon the earth had lasted but a single day’…For this reason, even small children are baptized.” We may or may not agree with Origen about the rationale for baptizing infants, but there is no doubt that the Church of his day did indeed baptize them. And this practice was not recent in his day. Origen writes, “the church had a tradition from the apostles to give baptism even to infants” (from his Commentary on the Epistle to the Romans). Whether or not the practice actually went back to the apostles (which I maintain it did), at very least it went back beyond living memory in Origen’s day, and this places it very early indeed.

We may also look at the document known as The Apostolic Tradition, and ascribed to Hippolytus of Rome (d. 235). Scholars now debate whether or not it was actually a liturgy used in Rome in that time, but at very least it represents the thought of its day. And this thought took for granted: (1) that most baptisms were of converts, and (2) that small children could also be baptized. The relevant bit from the document reads, “First baptize the small children. And each one who is able to speak for themselves, let them speak. But those not able to speak for themselves, let their parents or another one belonging to their family speak for them. Afterward baptize the grown men, and finally, the women” (Apostolic Tradition chapter 21). Here we see that the small child’s inability to speak for itself was not a problem; the parents or sponsors simply gave the responses (just as they do in Orthodoxy today).

One more voice may be heard—that of St. Cyprian of Carthage (d. 258). A fellow bishop named Fidus knew that infants were baptized, but thought that perhaps the baptism should be deferred until the eighth day of the infant’s life on analogy with Jewish circumcision, perhaps because St. Paul called baptism “the circumcision of Christ” in Colossians 2:11. Cyprian met with sixty-six of his fellow North African bishops in council, and considered Fidus’ suggestion of waiting until the eighth day to baptize infants. Cyprian and the council unanimously rejected the suggestion, and said that the infant should be baptized immediately after birth, on the second or third day. This indicates a well-established practice in North Africa—so well established in fact that the only debate was whether to baptize the baby right after birth or to wait for eight days. Practices of and rationale for the baptism of infants varied from place to place (especially in the East), but no one denied that it could be done.

This quick survey of church history reveals that for whatever varied reasons it was allowed, the Church did indeed allow babies to be baptized even before Constantine gave us a break. One can still debate the wisdom of the practice if one wishes, but of its historical pedigree there can be no doubt. 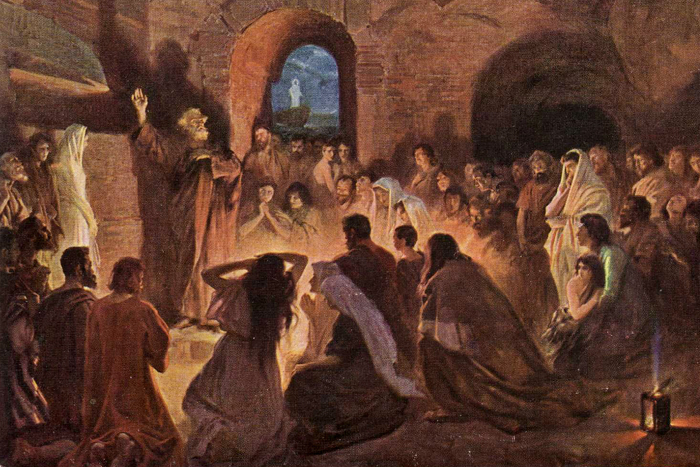 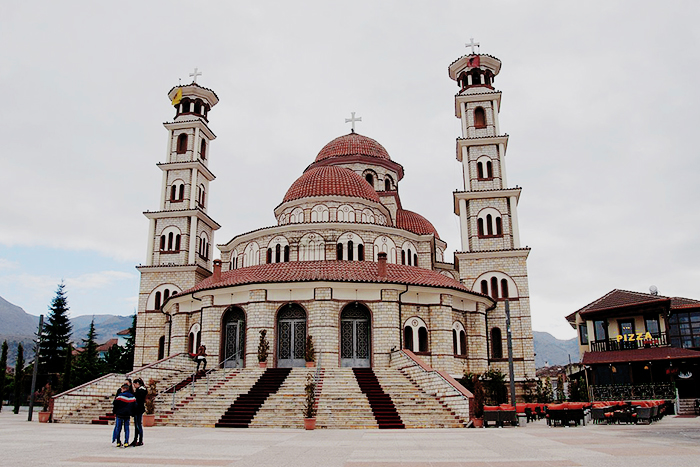 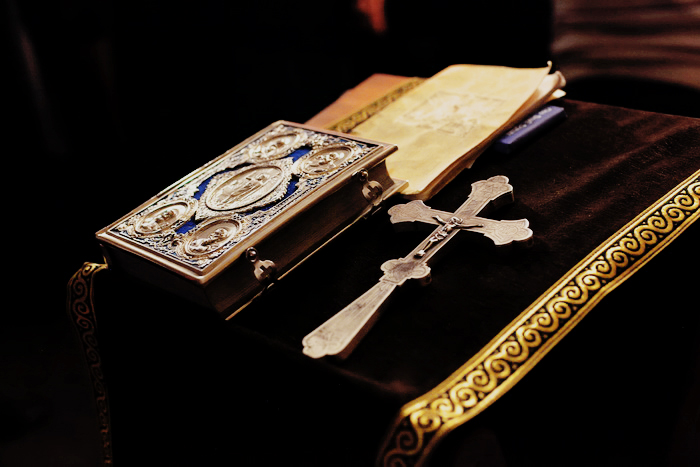