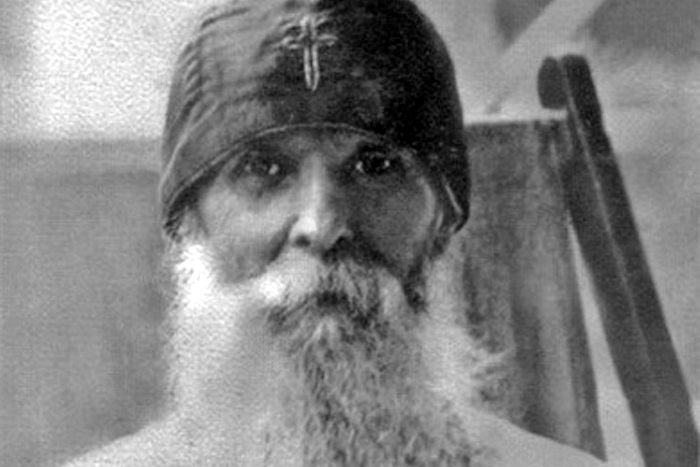 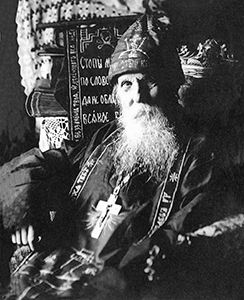 Vakhromeyevo, the name of the village where Vasily was born, is associated with the name of the Apostle Bartholomew (the Russians often pronounced his name as Vakhromey). The church commemorates this apostle along with the apostle of 70 Barnabas (June 24). In his youth, Vasily found a spiritual father in the person of Barnabas of Gethsemane (canonized in 1995), and was tonsured a monk (1920) with the name of Barnabas. Being confirmed as confessor of the people of Gethsemane Caves, elder Barnabas (in the world – Vasily Ilyich Merkulov) met hundreds of pilgrims daily, received confessions, gave blessings, prayed for people. Contemporaries called Barnabas of Gethsemane an elder-comforter (the name Barnabas means “son of comfort”). Seraphim of Vyritsa also became a comforter of the people.

During the tonsure, Hieromonk Barnabas was named in honor of Saint Seraphim of Sarov. Vasily Nikolayevich always especially revered Sarov wonderworker; it is known that in 1903 he participated in the canonization of the saint celebrations. Seraphim of Vyritsa repeated the prayer feat of the holy namesake. For a thousand days and nights, that one prayed on his bended knees on a granite boulder with his arms raised. And seriously ill, Seraphim of Vyritsa for 10 years prayed on a stone in front of the icon of Sarov wonderworker, intercessing for the Russian Church and its children. When his legs malfunctioned, relatives helped him to get to the stone in the garden, and he knelt down and prayed. 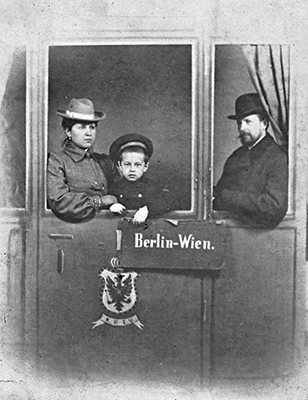 Ever since he was a child Vasily Muravyov wanted to become a monk. However, at the age of 14, he received a blessing from the elder of the Alexander Nevsky Monastery to live at first in the world piously, and only after raising children and realizing himself in deeds of mercy think about tonsure.

The merchant of the 2nd class Vasily Nikolayevich Muravyov was one of the five most wealthy fur traders in St. Petersburg. He got his capital, established contacts in Russia and Europe, working honestly and hard. The annual income of Vasily Muravyov was about 90,000 rubles.

When Vasily was 10 years old, his father died of phthisis, and he and his mother were left without a livelihood. A relative well-doer who worked in St. Petersburg as an estate manager in Gostiny Dvor took Vasya to the capital and placed him as a messenger. Vasya worked tirelessly, he sent most of the earned money to his mother. By the age of 16, Vasily Muravyov was already so well versed in affairs that he was appointed estate manager, and a year later – senior estate manager. Then he began to trade on his own.

Muravyov was getting rich toward God. A lot of money was spent on charity: he arranged dinners for the poor, made regular donations to churches and almshouses, hospitals for the poor.

Upon starting his own business, the young merchant Vasily Nikolayevich Muravyov married Olga Ivanovna Netronina, who was also from the peasants of the Yaroslavl province. In his wife, he found a faithful assistant in business and a soulmate. In 1895, Nicholas was born to the Muravyov, then daughter Olga; she died in infancy and after that, by mutual agreement, the Muravyov lived as brother and sister. Nicholas Vasilyevich Muravyov received a worthy upbringing; graduated from the Emperor Nicholas Gymnasium in Tsarskoye Selo; studied at the Faculty of Law. Nicholas, and his parents through him, suffered many challenges: he has never been good at relationships, he could not find a stable job, he experienced all sorts of struggles and persecutions.

The revolution asked everyone to choose. With the wealth and contacts of the Muravyov, it was possible to move abroad, to establish business there. But they decided not to leave their homeland. Vasily Nikolayevich closed his business, gave good money to everyone who worked for him, and for three years (1917-1920) he lived in his house in Tyarlyovo village near Pavlovsk.

Fact 4. Spouses were tonsured at the same time

Olga Ivanovna, just like Vasily Nikolaevich, from childhood has always wanted to go to the monastery. She was blessed to start a family first, help her husband, and when the children grow up, get tonsured a nun, but only with the consent of her husband. The future saint was going to be tonsured at the Trinity Lavra of St. Sergius and to fight in the Gethsemane monastery, where his spiritual father, the elder Barnabas, rested († 1906). However, the Metropolitan of Petrograd and Gdov Benjamin blessed him to be tonsured in the Alexander Nevsky Monastery.

In 1920, Vasily Nikolaevich became a novice of the Lavra, and his wife Olga Ivanovna became a novice of the Voskresensky Novodevichy Convent (she was allowed to take her granddaughter Margarita with her: the first family of the Muravyov’s son Nicholas broke up and the girl was left to the care of her grandparents). The Muravyov family gave all the remaining money to three monasteries: the Alexander Nevsky Lavra, the Novodevichy Convent and the Vyksa Iversky Convent founded by Saint Barnabas of Gethsemane. Soon both spouses were tonsured: Vasily Nikolaevich with the name of Barnabas, Olga Ivanovna – Christina.

After the tonsure, monk Barnabas was ordained a hierodeacon, then – a hieromonk. At first, he was in charge of the cemetery office. The funeral and commemoration services went on endlessly, Father Barnabas directed the departed and comforted their loved ones. Then he had the obedience of the main candler of the Lavra, and later – the provisor. The merchant experience helped Father Barnabas to manage an extensive monastery household.

Around 1926, Hieromonk Barnabas was tonsured to great schema with the name Seraphim and began elderly service – he became the confessor of the Alexander Nevsky Lavra. Every day for many hours he received confessions from the laity and the clergy. “What is my obedience? – told Elder Seraphim. – I’m like a storehouse where people put all their grief in”. The blessings of the confessor were usually brief, simple, and comforting. Many, upon accepting directions of the elder, received relief in everyday struggles.

People just kept coming to Father Seraphim. Once the stream of confessors did not run out for two days. And all this time the elder spent on his feet, standing on a cold stone floor. This obedience lasted for about four years; from excessive physical effort, the health of Father Seraphim got poor – his legs began to malfunction. Doctors insisted that he move to the village. 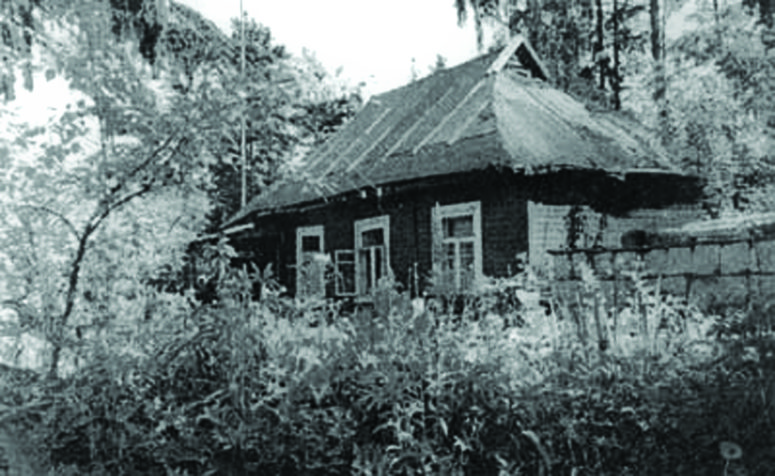 By the summer of 1930, Hieroschemamonk Seraphim was leaving for Vyritsa, recommended as a climatic resort. He is accompanied by Schemanun Serafima (Olga Ivanovna Muravyova, nun Christina, was tonsured to great schema with name Seraphima) and the 12-year-old novice of the Novodevichy Convent, the granddaughter Margarita.

After moving to Vyritsa, Elder Seraphim and his relatives lived at different times at different addresses. They rented rooms, they had not their own house. Every week a priest from the Kazan Icon of the Mother of God church came to give Holy Communion to the hieroschemamonk.

People constantly came, some with questions and sorrows, some with gratitude and donations. Father Seraphim gave away everything that was brought to him: money, clothes, food. There is a lot of evidence of visits of the elder.

The famous stone on which the elder prayed is located near the house number 9 on Pilniy Prospekt. When the Great Patriotic War began, Father Seraphim intensified his prayer feat. Through his prayers, Vyritsa, occupied by the Nazis, did not suffer. Orthodox Romanians were housed in the houses of the village’s residents, they understood the Russian language and attended divine services in the Kazan church.

In 1941, the only son of Father Seraphim was arrested near Vyritsa and shot as an enemy of the people and a spy. But his heart did not harden. He called for feeling sorry for the misguided authority workers and praying for them. Upon visiting the elder, a KGB officer, got too sentimental, said: “If all the priests were like him, we would have believed by now”.

In 1945, Schemanun Seraphima reposed in the Lord. The elder asked to bury himself next to his faithful companion. Father Seraphim received and comforted the pilgrims until his death.

Translated by The Catalogue of Good Deeds
Source: https://azbyka.ru/days/p-7-faktov-o-prepodobnom-serafime 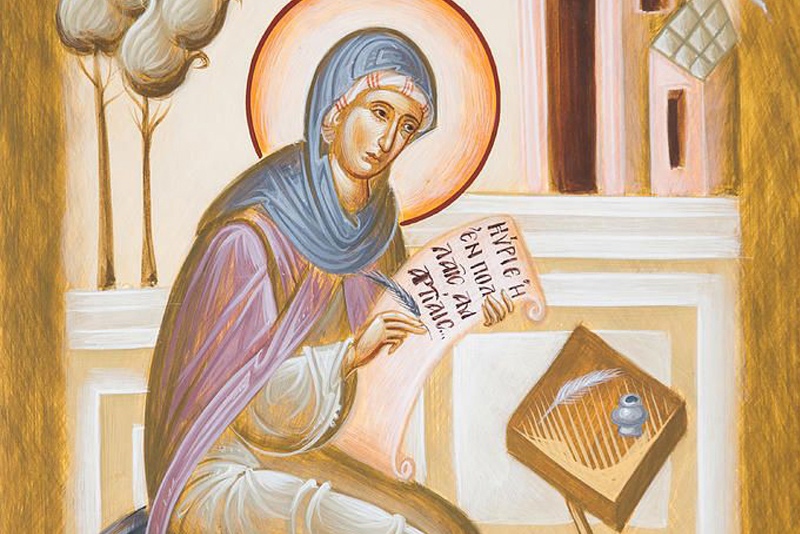 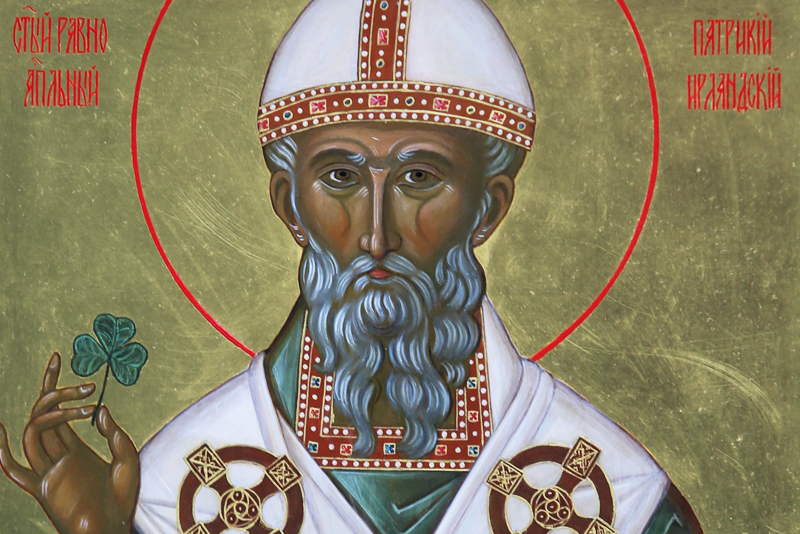