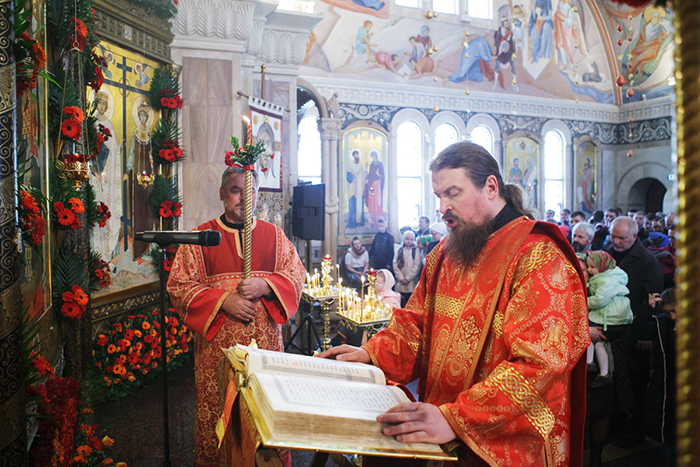 The Prologue to the Gospel of John is read during the Easter Liturgy. It is a wonderful and theologically deep passage, but why is it that the first Easter Sunday reading does not mention anything about the Resurrection of Christ? The answer to this question lies, as usual, in the history and genesis of the Orthodox worship.

Currently, the reading of the Prologue of the Gospel of John at the Easter Liturgy is explained by the fact that it was by the Resurrection of the Lord that made the Divinity of Jesus Christ acutely clear. As noted in many places of Holy Scripture, He was resurrected by his own power, because of his Divine dignity: “Destroy this temple, and in three days I will raise it up” (John 2:19). The Prologue to the Gospel of John is generally regarded as one of the most unambiguous texts that speak of the Savior’s divinity. From a certain point of view, this text is more naturally conceived of as a Christmas reading and it is not surprising that it is used as such in the liturgical tradition of other ancient Churches, particularly in the liturgical practice of the Roman Church. However, we learn from the history of the Byzantine Liturgy that this Prologue was not read on Easter in ancient times, but performed a different function, too.

The Prologue Is the End of Mystagogy

The ancient Jerusalem tradition prescribes reading of the Sunday extract from Mark (16:1-8) at the Easter Liturgy, which recounts the arrival of the Myrrh-Bearers at the Holy Sepulchre. This is confirmed by two sources at once: the Armenian (5th century) and Georgian (7th century) translations of the Jerusalem Lectionary, which contains readings from the Scriptures for the entire liturgical year. According to this Jerusalem Lectionary, the Prologue of John was a reading of the Sunday of St. Thomas in the 4th-5th centuries. One possible explanation why this reading was set on that date may be its connection to the completion of the mystagogical lessons that took place during the Bright Week and ended by St. Thomas Sunday. The completion of these lessons, which finally welcomed new members into the Church, was seen as a new beginning, marked by the reading of the introductory chapter of the Gospel of John. This assumption is also confirmed by the fact that in the Armenian Church, which was influenced by the Antiochian Church, the Prologue of John is still read on the second Sunday of Easter. So why did this reading move to the very day of Easter?

According to the account of Etheria, a pilgrim from the West (the Armenian Lectionary confirms and clarifies her testimony), a procession to the Church of Zion, where according to the legend the Zion Chamber was located, took place in Jerusalem on Easter evening. When they came there, they read the story of Christ’s appearance to the Apostles who were gathered in the chamber “for fear of the Jews” (John 20:19-25). The next Sunday evening this procession was repeated and the Gospel of John was read up to the assurance of the Apostle Thomas (John 20:26-31). Thus, the account of Christ’s appearance to the disciples in the Zion upper chamber was scheduled for Easter and St. Thomas Sunday evenings.

These readings were accepted and slightly modified by the Constantinople Typikon, which, abandoning the Jerusalem-specific way in which the evening processions were held, shifted the account of the Assurance of Thomas from the evening to the morning, making it the liturgical reading of that Sunday. The reading of the Prologue of John, on the other hand, was rescheduled for Easter day itself, which gave this passage a new dimension. The ancient Jerusalem tradition of reading the stories of Christ’s apparition to the disciples on Easter evening survived in the Vespers held on the first day of Easter. 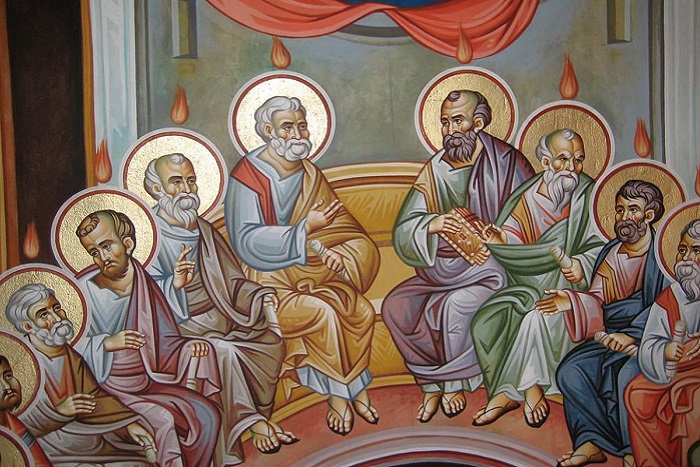 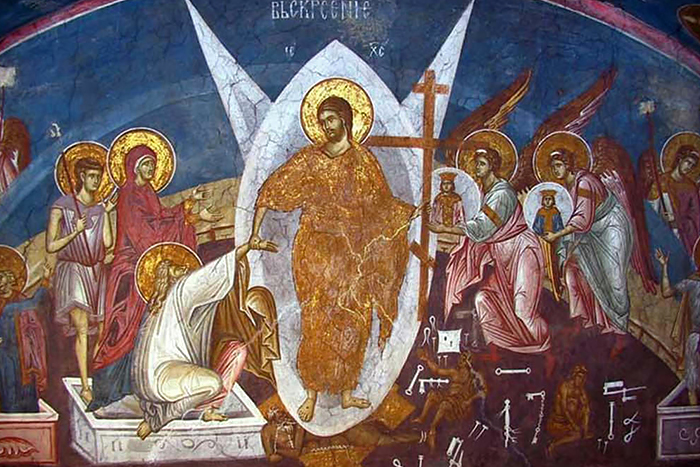