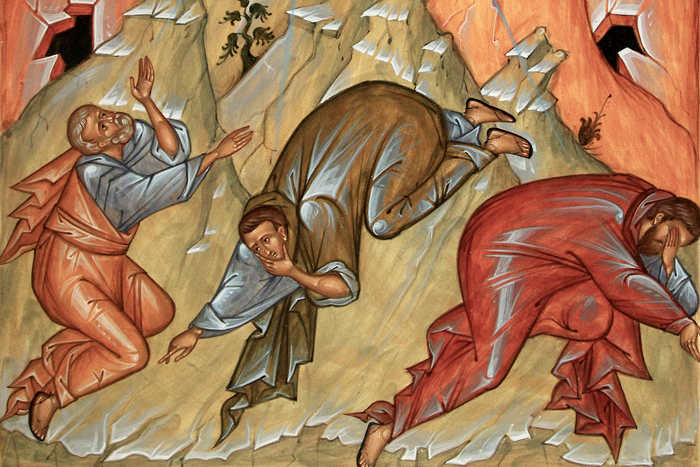 The Holy Scripture of the New Testament states that only three disciples participated in the event of the Transfiguration. They were the most prominent figures and participants in the most important works of Jesus Christ: Peter, James, and John. Were the other disciples less worthy?

What does the Scripture say about the number of disciples who were present at the time of Transfiguration? And after six days Jesus taketh Peter, James, and John his brother, and bringeth them up into an high mountain apart, and was transfigured before them: and his face did shine as the sun, and his raiment was white as the light (Matthew 17:1-2). And after six days Jesus taketh with him Peter, and James, and John, and leadeth them up into an high mountain apart by themselves: and he was transfigured before them (Mark 9:2). [H]e took Peter and John and James, and went up into a mountain to pray. And as he prayed, the fashion of his countenance was altered, and his raiment was white and glistering (Luke 9:28-29). Why did He take these disciples with him up the mountain?

The Apostle Peter was one of the three apostles who saw the resurrection of Jairus’ daughter, and he was also present in the Garden of Gethsemane… Peter became one of the three immediately after his confession of Jesus Christ as the Son of God, an event that took place shortly before the Transfiguration. Thou art the Christ, the Son of the living God (Matthew 16:16). St. John Chrysostom (4 c.) says, “Why does Christ take only these disciples? Because they stood out among all the others: Peter because he loved Jesus, John because Jesus loved him, and James because of the answer which he gave together with his brother: we are able to drink Your cup with You (Matthew 20:22). It wasn’t an unsubstantiated statement: James proved it with his actions. Indeed, he was so disliked and hated by the Jews that even Herod thought that it would be a great gift to the Jews if he killed James” [1].

St. John of Damascus (8th century) in his Homily on Transfiguration says, “He took Peter to show that his testimony, which was truthful, was confirmed by the testimony of the Heavenly Father, and in order to assure him that it was his Father in heaven who had revealed it to him (cf. Matthew 16:17); He took James as the one who was to die for Christ before all the apostles, drink His cup and be baptized with His baptism (cf. Acts 12:2); finally, he took John as a virgin and the purest organ of theology, so that he might see the eternal glory of the Son of God, and thunder these words: In the beginning was the Word, and the Word was with God, and the Word was God (John 1:1)”[2].

Not all the disciples were worthy to see the glory of Jesus Christ. Judas Iscariot with a doubtful heart was among the disciples.

Blessed Theophylact of Ohrid (11th – 12th centuries) writes about Judas, “Why did not the Lord Christ take all His twelve disciples to the mountain, but only Peter, James, and John? Because Judas was not worthy of seeing the glory of the transfiguration of Christ with his treacherous eyes. However, some may say: If this was the case, why did he not leave Judas alone at the bottom and take others with him? But we are not smarter or wiser than Christ; if He had left Judas alone at the bottom and taken the others with Him, some might say that it was an insult to Judas and that was why he sold his Lord. So that none of those men or we could say anything, He left Judas with the other eight disciples to glorify the three with a vision, and to make the rest blessed through their faith, as the Lord says, Blessed are those who have not seen and have believed. Moreover, He took three of them to fulfill the word: in the mouth of two or three witnesses every word may be established (Matthew 18:16; Deuteronomy 17:6)… Christ took Peter because Peter loved him very much, John because He loved him, and James because he, like John, was a zealot. – His zeal is seen in the fact that he wanted to drink the cup, and in the fact that Herod killed James with the sword to please the Jews.”[3].

It is also important to note that Jesus Christ took at least three disciples as witnesses according to the Jewish tradition, which Blessed Theophylact mentioned in reference to the book of Deuteronomy.

Gennadius Scholarius (15th century), Patriarch of Constantinople, in his Homily on the Transfiguration of the Lord says, “James the Zealot was in the highest degree characterized by diligence. They were worthier than all others to see the event because they were more receptive to it, more dependable to grasp and preserve it, and more attentive to it; and because they could be relied upon to declare and proclaim Him again in due course”[4].

Thus, these testimonies show that the three disciples were taken as witnesses according to Jewish tradition. Jesus could not take all the disciples because not everyone was worthy (for example, Judas Iscariot), and not everyone could accommodate the event and pass it on. Nevertheless, each of the apostles had certain qualities: Peter loved Christ and was firm in his confession, after which he was able to receive a confirmation from Christ himself that He was God; John was Jesus’s own beloved disciple; James was a zealous disciple, according to Jewish law, who preached Christ ardently with his life.

1 John Chrysostom, St. Commentary on the Gospel of Matthew. 17:1.
2 John of Damascus, the Homily on the Glorious Transfiguration of our Lord Jesus Christ.
3 Blessed Theophylact of Ohrid. Explanation of the Gospel according to Matthew.
4 Gennadius Scholarius. Homily on the Transfiguration of the Lord. // Sermons of St. Gennadius II (George) Scholarius, Patriarch of Constantinople. St. Petersburg, 2007, p. 336.

Translated by The Catalogue of Good Deeds
Source: https://pravlife.org/ru/content/pochemu-tolko-tri-uchenika-videli-preobrazhenie-hrista 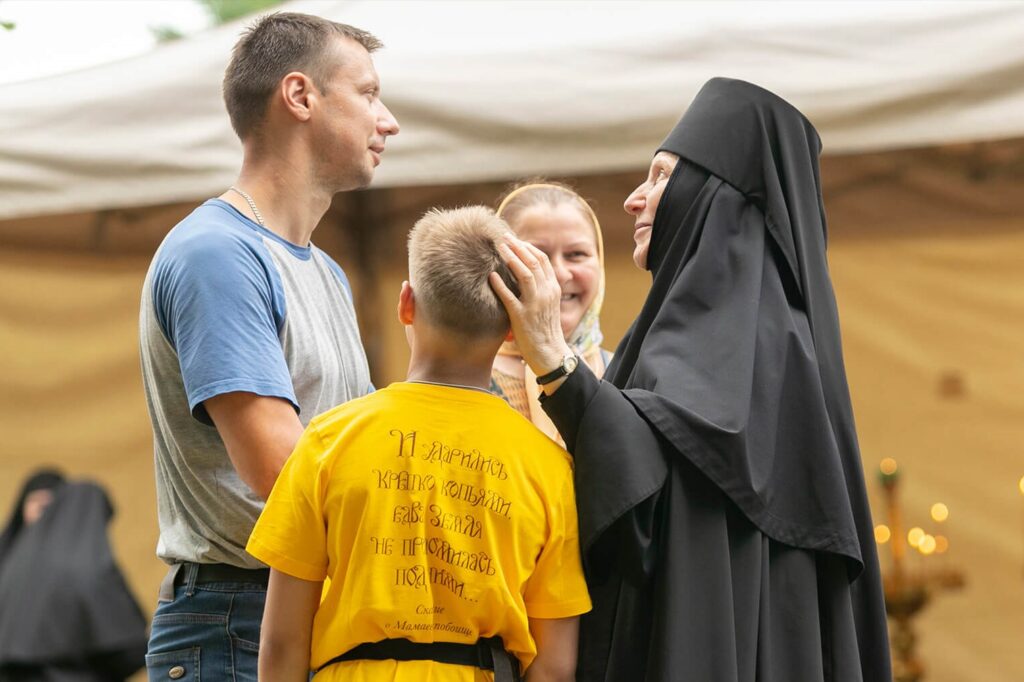 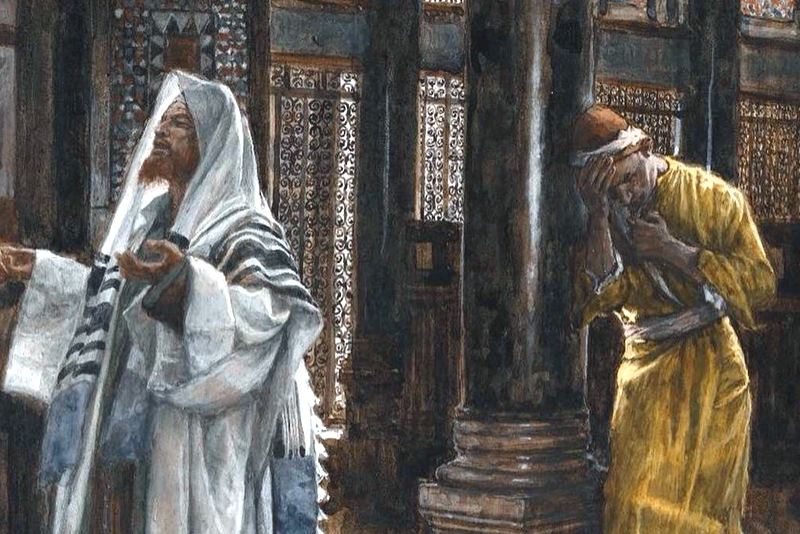 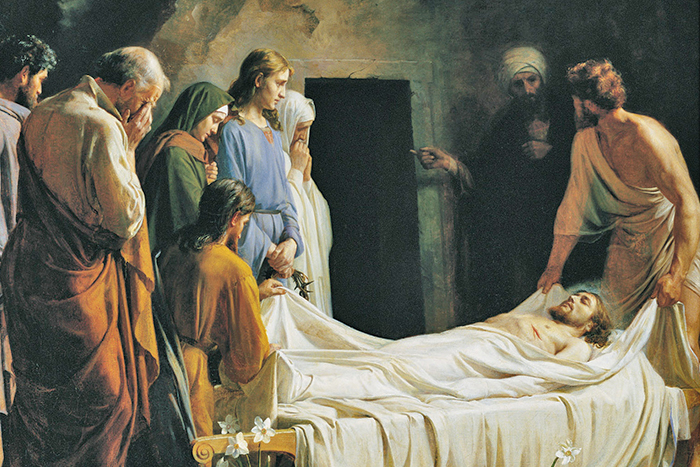