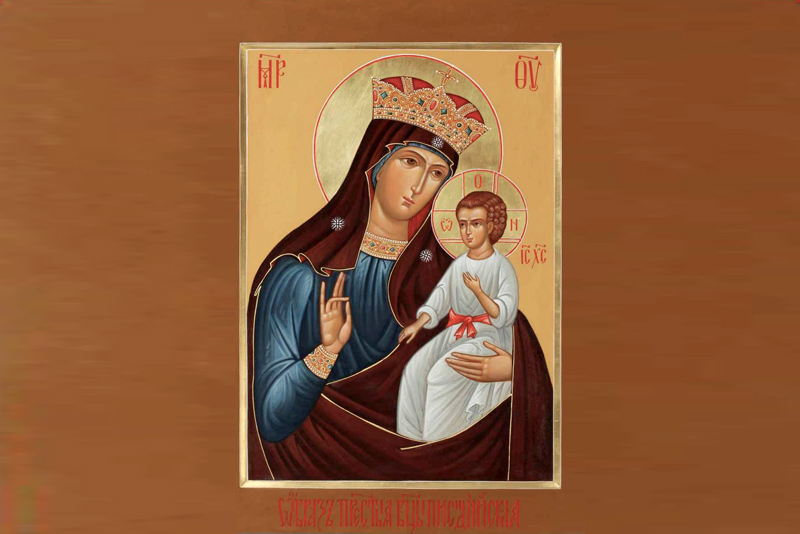 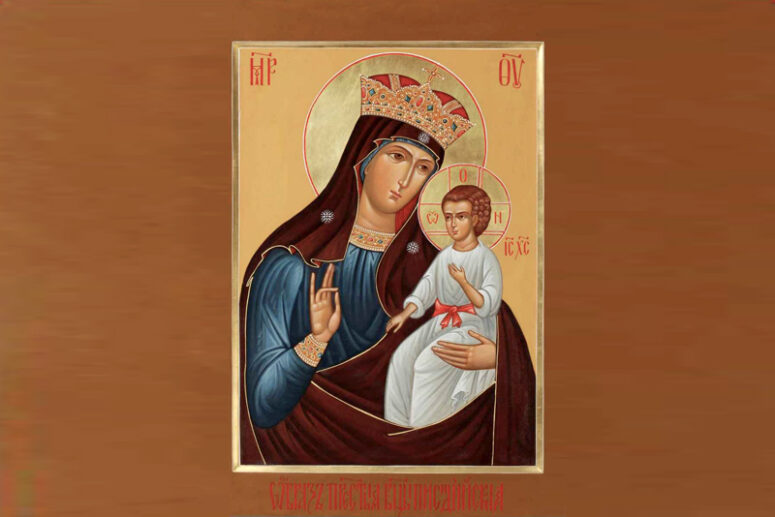 HISTORY OF THE ICON

The Pisidia Myrrh-streaming Icon of the Mother of God became famous for its great miracles in the city of Sozopolis (Pisidia). There is no information about the icon’s origin, but we know that “the icon of the Most Immaculate Mother of God located in Sozopolis and exuding myrrh from the depicted hand” is referred to as “ancient”  already in the epistles of Patriarch Germanus I of Constantinople. The epistles were dedicated to the veneration of icons and read out at the Seventh Ecumenical Council.

The known miracles that brought fame to this holy icon date back to the sixth century. At that time (between 565-577) St Eutychius, the Patriarch of Constantinople (commemorated on April 6) lived in the neighboring town of Amasia. Presbyter Eustathius, a contemporary of Patriarch Eutychius and compiler of his biography, mentions the many miracles performed by the Patriarch and witnessed by him personally. Here is the first miracle described by Eustathius. There was a married couple in Amasia whose children were born dead. Disheartened parents turned to the patriarch mourning over their misfortune and asking him to pray for them, so that the Lord would turn away His anger and give them a living child. After a fervent prayer, St. Eutychius anointed them both with holy oil, “partly from the True Holy Cross, partly from the holy icon of our Most Pure Lady, the Mother of God in Sozopolis”, while pronouncing his usual words: “In the name of our Lord Jesus Christ.” After this short prayer, St. Eutychius lapsed into silence for a while. Then, as if illuminated by divine grace, he said to the spouses: “Name the newly born child Peter and he will live.” Presbyter Eustathius, who was also present at that time, asked St. Eutychius, “What if it’s a girl? What should they call her?” Eutychius repeated: “No, let them call him Peter and he will live.” The rejoicing couple returned home filled with unwavering confidence in God’s mercy. As St. Eutychius had foretold, a son was born to them in due time whom they named Peter at baptism. More than that, the couple soon had another boy, whom they, with the blessing of the Patriarch, named John. The children grew up healthy and flourished while their parents, together with other city dwellers who knew about the miracle, glorified God for showing them His mercy.

Eleusippus, a disciple of the great ascetic Saint Theodore of Sykeon (commemorated April 22), accompanied his teacher everywhere. Once he was honored to witness the very miracle of myrrh-streaming from the Pisidia Icon of the Mother of God. It was approximately in the year 600 when St. Theodore visited Sozopolis on his way back from Constantinople. He went all the distance with the sole purpose of venerating the miraculous Myrrh-streaming icon of the Mother of God. Entering the Church of the Most Holy Theotokos and stretching out their hands in prayer in a cross-like manner, St. Theodore turned his eyes to the miraculous icon, whereupon oil with astounding power was expelled from it watering the eyes of the saint as he was standing before the image. All who were present there saw this sign of grace-filled power and exclaimed: “Truly great is this servant of God.”

The testimony of the Myrrh-streaming Pisidia Icon of the Mother of God is also contained in the epistles of St. Herman, Patriarch of Constantinople (his memory is celebrated on May 12). At the beginning of the persecution against holy icons during the reign of the emperor Leo the Isaurian (716-741), Herman, in his epistle to Thomas, Bishop of Claudiopolis, justifies the veneration of holy icons by the practice of the church that he confirms pointing to the image of the Savior created by a bleeding woman, as well as the image of the Savior not-made-by-hands and also the image of the Mother of God, written by St Luke the Evangelist. He notes that “through various icons God performed miracles, for example, He gave healing to the sick, which we ourselves experienced.  Many are eager to say much about these miracles. The most remarkable thing is that no objection or doubt is encountered against the fact that the icon of the All-Immaculate Mother of God, located in Sozopolis, was secreting a stream of myrrh from its hand. Many testify to this miracle”. The veracity of this message from Patriarch Herman was firmly established by the Seventh Ecumenical Council where it was read out.

In Russia we have an ancient copy of the Pisidia Myrrh-streaming icon, which has been kept in the Moscow Novospassky monastery since 1608 under the name of the Pisidia or Pisidian icon. This icon was located in the cell of Tsar Mikhail Feodorovich Romanov’s (1613-1645) mother Xenia, who took the name Martha in monasticism. Besides the Pisidia icon, there is another well-known Myrrh-streaming icon of the Mother of God, known under the name of Pimenovskaya. Follow us for more information about famous Orthodox icons.

Translated by The Catalogue of Good Deeds
Source: https://azbyka.ru/days/ikona-pisidijskaja 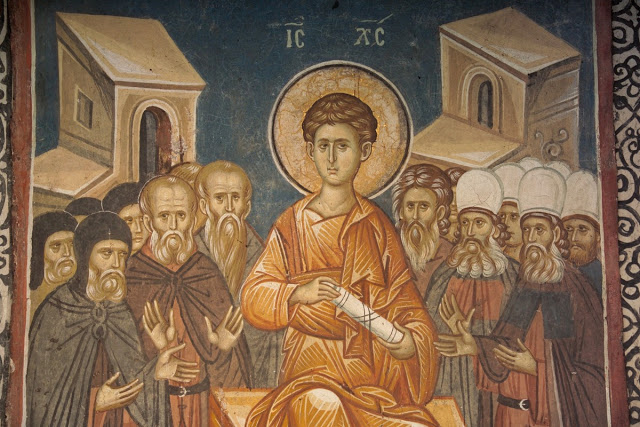 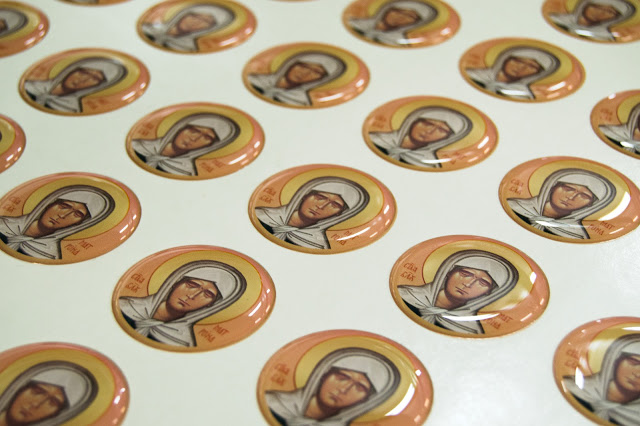