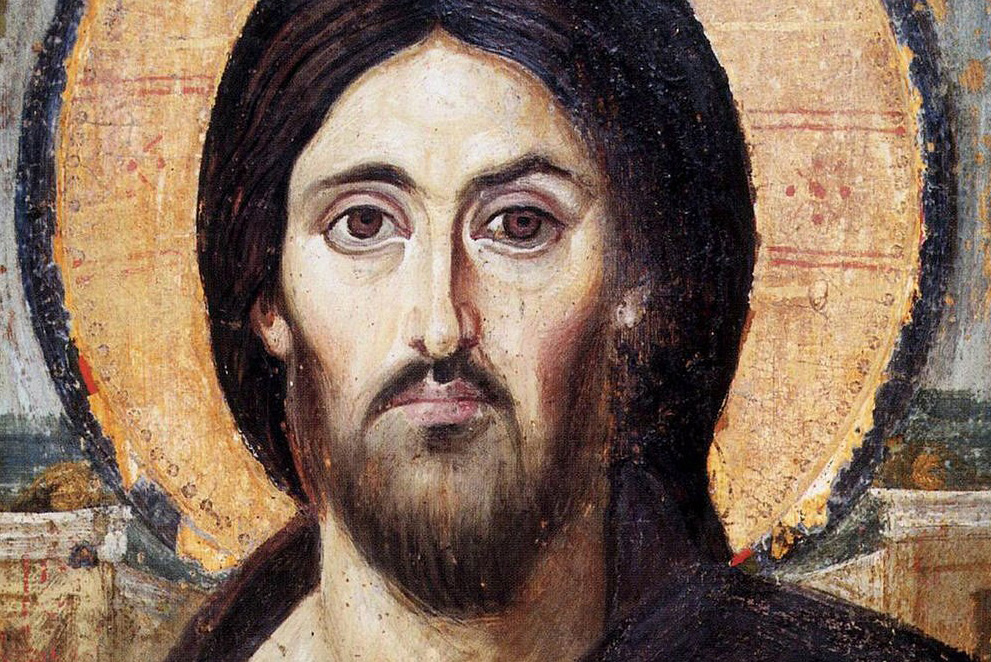 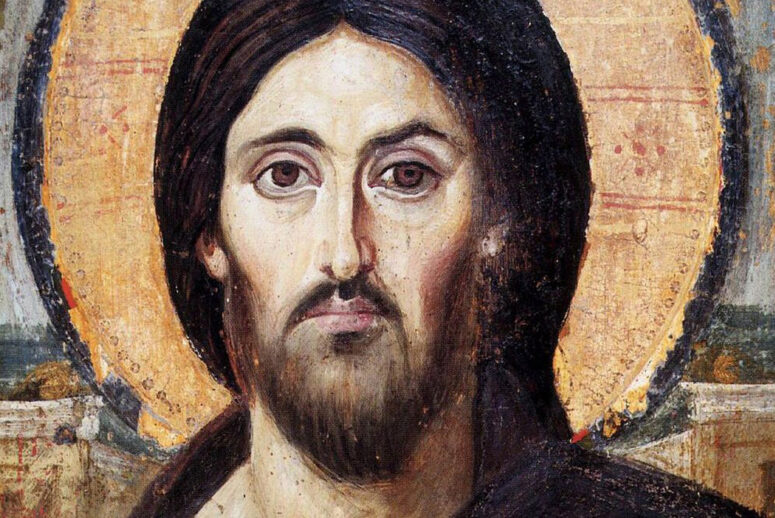 The earliest religious icons that have survived to this day date from no earlier than the 6th century. These icons were often referred to as prayer icons (as they were designed for individual prayer) or span icons because of their typical size of one span (distance from the tip of the thumb to the tip of the little finger). They were made using the encaustic technique (gr. Ἐγκαυστική – burning (art)), when the paint was mixed with heated wax. It should be noted that all paints consist of paint powder (pigment) and binder (oil, egg emulsion, or, as in this case, wax).

Encaustics were the most widespread painting technique of the Ancient world. It came to Christianity from no other than the ancient Hellenistic culture.

Encaustic icons are characterized by their somewhat realistic interpretation of the image leaning towards maximum correspondence to actuality. Apart from being sacred objects, early Christian icons were in a sense “custom photographs”, living evidence of the real existence of Christ, the Mother of God, saints and angels. The holy fathers did consider the very incarnation of Christ to be the justification and meaning of the icon.

The invisible God cannot be represented through an image. But because Christ was really incarnate, and His flesh was real, then it could be depicted. St John Damascene wrote: “In ancient times incorporeal God had no appearance and was never depicted. But now that God has appeared in the flesh and lived among humans, we represent an image of the God Who can be seen. It is with that evidence, or “testimonial”, that the first icons were permeated. If the good news of the Gospel is literally a kind of reportage of the incarnate Lord crucified for our sins, then the icon is an illustration of that reportage. There is nothing surprising here, because the very word icon – εἰκών – means “image, picture or portrait”.

However, the icon conveys not only and not so much the physical appearance of the object. According to St John, “Every image is the displayed discovery of the hidden.” On the first icons we see signs of the invisible world, despite their realism and the illusory transmission of light and volume. The first among such signs of the invisible world is a halo, a disk of light surrounding the head. It symbolizes the grace and radiance of the Divine (St. Simeon of Thessaloniki). In the same way, the icons depict symbolic images of disembodied spirits – angels.

The most famous known encaustic icon is, perhaps, the image of Christ the Almighty kept in St. Catherine’s monastery on Sinai. It is worth noting that because of its location, the Sinai monastery was outside the Byzantine Empire after the 7th century. It therefore did not suffer from iconoclasm and managed to preserve its completely unique icon collection.

The Sinai image of Christ was painted in a free painting manner inherent in the Hellenistic portrait. The certain asymmetry of the facial image, which caused much controversy in our time and prompted some to search for hidden meanings, is also characteristic of Hellenism. This icon was, most likely, painted in one of the Constantinople workshops, as evidenced by the high level of its execution.

In all probability, the icons of the Apostle Peter and the Mother of God on the throne, accompanied by saints and angels, belong to the same “circle”.

The Mother of God is depicted as the Queen of Heaven, seated on a throne and accompanied by saints and angels. The saints are dressed in royal court robes.  The union of Mary’s royalty and her humility are shown here in an interesting way. At first glance, she is dressed in a simple dark tunic and maphorion, but its dark purple color tells us that it is made of Tyrian purple fabric, that in Byzantine tradition could only be worn by the Emperor or Empress.

A similar image was written in Rome at a later time. It represents the Mother of God (this time without any “hints”) in full imperial vestments and a crown.

The nature of the icon is clearly festive. It follows the style of ceremonial imperial images. At the same time, the faces of the depicted characters are filled with softness and lyricism.

The image of saints dressed in court clothes was supposed to symbolize their glory in the Kingdom of Heaven. To convey that, Byzantine masters resorted to familiar and understandable forms of their time. The image of Saints Sergius and Bacchus, which is now kept in Kiev in the Museum of Arts named after Bogdan and Varvara Khanenko, is executed in the same style.

However, besides the refined art of the Empire’s cultural centers, early icon painting is also represented by a more ascetic style, distinguished by greater sharpness and violating the proportions of the depicted characters, emphasizing the size of their heads, eyes, and hands.

Such icons are characteristic of the monastic environment of the Byzantine East, namely Egypt, Palestine and Syria. The harsh, sharp expressiveness of these images is explained not only by the level of provincial masters, undoubtedly different from the capital, but also by local ethnic traditions and the general ascetic focus of that style.

Summing up the above, one can be convinced beyond any doubt that a rich and varied tradition of icon painting existed long before the iconoclastic era and the 7th Ecumenical Council condemning it. Notably, the encaustic icon is only part of that tradition.

Translated by The Catalogue of Good Deeds
Source:  https://pravlife.org/content/pervye-hristianskie-ikony 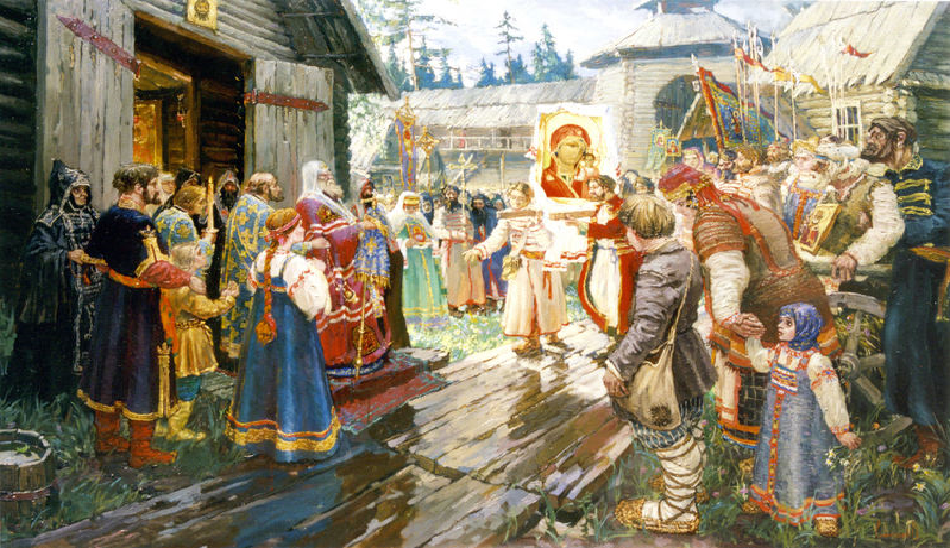 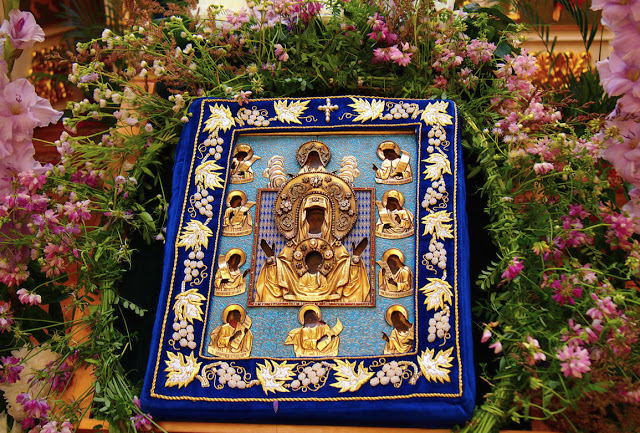