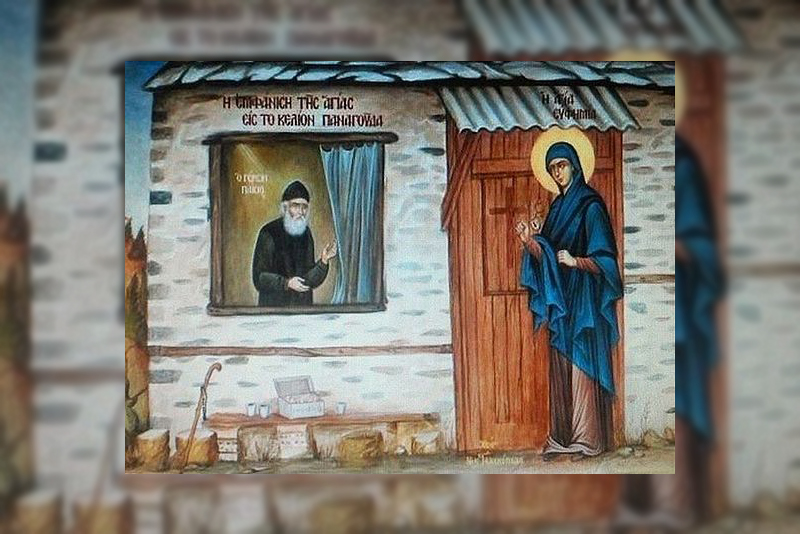 We bring to the attention of our readers a small episode from the life of Elder Paisios, which took place on February 27, 1974.

A monk, one of Elder Paisios’ spiritual children once came to the Holy Cross kaliva. The elder was in the courtyard repeating fervently without stopping, “O Lord! Glory to You!” He repeated these words over and over until suddenly, turning to the visitor, he said, “This is how a man becomes useless… In the good sense of the word.”

“What person do you mean, Geronda?”

“I was sitting quietly in my cell, when she came and threw me off balance… Oh yes, they do live well up there…”

“Geronda, what are you talking about?”

Then the elder told him the following: “Recently I had to leave Mount Athos and went to “the world” because of one church-related issue, after which I returned to Athos again. On Tuesday, at about ten o’clock in the morning, I was in my cell reading the hours. Suddenly I heard a knock on the door and a female voice said, “Through the prayers of our holy fathers …”

“Where could this woman come to the Holy Mountain from?” I thought in amazement, but at the same time I felt in my heart a certain Divine sweetness. I asked, “Who’s there?”

“Euphemia,” I heard in response.

“Which Euphemia could this be?”  I thought. “Could it be that some crazy woman changed into men’s clothes and sneaked to Athos? And what should I do now?” And there she was knocking again. And again I asked, “Who’s there?” and heard the same answer from her. Not knowing what to do, I was not opening the door. When she knocked for the third time, the door opened by itself, although it was latched from the inside. Hearing footsteps from the corridor, I jumped out of the cell and saw a woman in front of me wearing a scarf that looked like a shawl. Next to her stood someone looking like Luke the Evangelist, but he suddenly disappeared somewhere. The woman was emitting light, which assured me that her appearance was not from the evil one. Despite that, I still asked her, “Who are you?”

“If,” I said, “you are Martyr Euphemia, then let us go and worship the Holy Trinity. Repeat after me everything that I do. “

I entered the temple and bowed down saying, “In the Name of the Father.” She repeated those words and also bowed to the ground. “And the Son,” I said.

“And the Son,” she repeated in a thin voice.

“Speak louder,” I said, “so I can hear.” And she repeated the same words louder.

I was standing in the church, while she was in the hallway. She was bowing not towards the temple, but towards my cell. At first I was surprised, but then I remembered that above the entrance to the cell I had a small paper icon of the Holy Trinity glued on a thin board. When we bowed for the third time with the words “And the Holy Spirit,” I said, “Now I will bow to you too.” I bowed to her and kissed her feet and the tip of her nose, thinking that kissing her face would be shameless.

After that, the saint sat down on the bench. I sat on the chest, and she solved one church question that was tormenting me.

Then she told me about her life. I knew that there was a saint in the church named Euphemia, but I did not remember her life. When she was telling me about her martyrdom, I not only heard her words, but, as it were, saw and experienced those torments. Awe and horror seized me! Oh, what pain she went through!

“How did you endure such sufferings?” I asked her.

“If I had known about the glory that saints dwell in, I would have done everything possible to undergo even greater torment,” she replied.

After that episode, I could not do anything for three days. I just galloped with joy and incessantly praised God. I could not eat or do anything. Nothing… only praise, without stopping.”

In one of his letters, the elder says: “In all my life I will not be able to pay off my great debt to Saint Euphemia, who, without knowing me or owing me any obligations, bestowed this great honor on me…”

Describing that event, the elder used to humbly add: “Saint Euphemia appeared to me not because I was worthy of it, but because at that time I was troubled with one question related to the position of the church. Plus there were two more reasons besides that.”

The elder was amazed that “The saint was so fragile and weak; how on earth did she manage to endure such a terrible torture? I would understand if she were a large, strong woman… But she looked as if she was on her last legs.

Being in a state of such heavenly joy, the elder composed a stichera in honor of Saint Euphemia (similar to “With what praiseworthy crowns…”)

“With what eulogistic songs shall we praise Euphemia, who came down from above and visited the living accursed monk on Kapsala. Having knocked three times on his door, on the fourth time making it open itself miraculously, and entered with heavenly glory, Christ’s martyr, bowing together to the Holy Trinity.”

And the exapostilarion, similar to “Having become a disciple …”

“Glorious Great Martyr for Christ Euphemia, I love you very very much, after Holy Pangaea …”

Needless to say, the elder did not compose these stichera for liturgical use. He did not even sing them in front of strangers.

Despite his unwillingness to go out into the world, the elder broke his rules and went to Suroti again. Having told the sisters about what had happened, he made them partakers of his heavenly joy. With the help and guidance of the elder, the sisters painted the icon of Saint Euphemia looking in the same way in which she appeared to him.

On a piece of steel, the elder engraved the icon of Saint Euphemia with his own hands and used that matrix to make wooden icons, which he distributed to pilgrims in her honor. When engraving the matrix, the elder had a hard time with the fingers on the saint’s left hand. “Cutting out her hand was a real torture,” the elder used to say, “but then I included a good intention in my work: “Maybe that was my “reward” for torturing her with my “ID check-ups ”.”

Translated by The Catalogue of Good Deeds
Source: https://pravlife.org/ru/content/kak-evfimiya-vsehvalnaya-yavilas-starcu-paisiyu 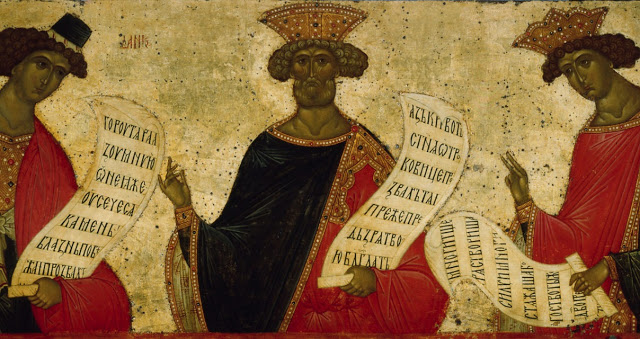 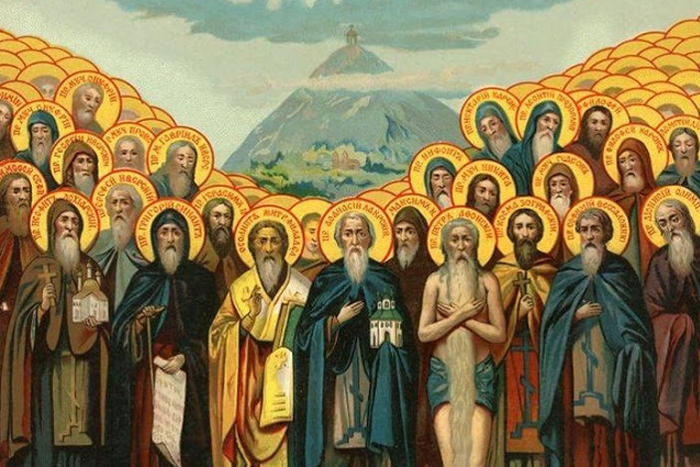 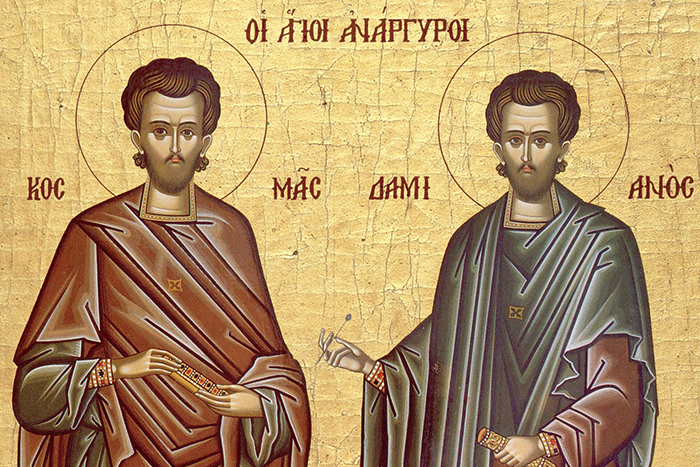