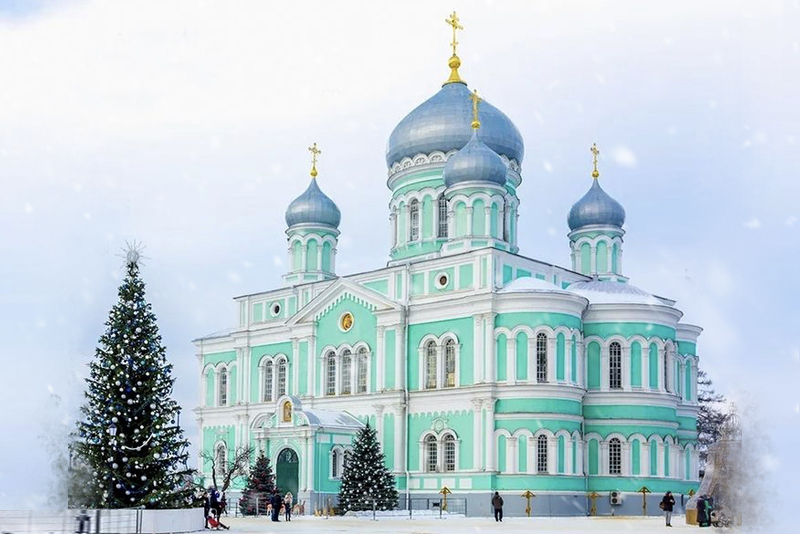 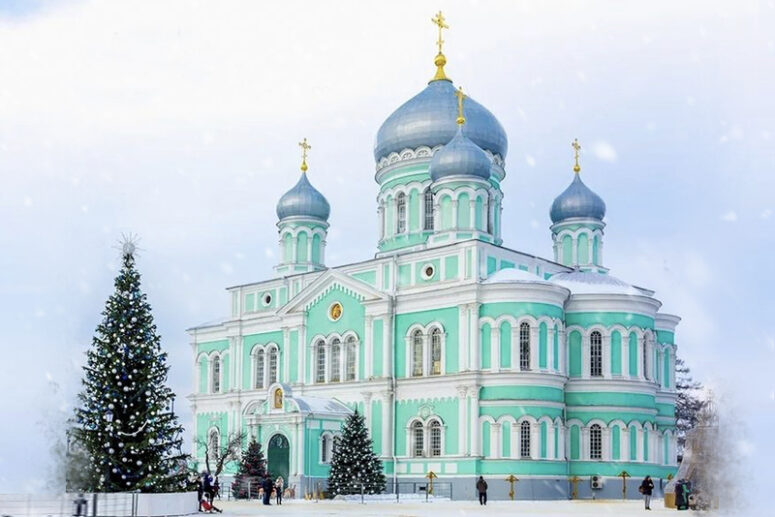 In our article about the Four Domains of the Most Holy Theotokos we briefly told you the stories of their appearance. What happened in these places afterwards? What were the saints, glorifying the Queen of Heaven, and the wonderful deeds that She Herself performed there? This time we are sharing with you some history of the Diveyevo monastery and the great elder Seraphim, spiritual father of the fourth and last domain of the Theotokos known today.

Venerable Seraphim of Sarov and Diveyevo

The history of St Seraphim-Diveyevo nunnery began in 1780 with the construction of the stone church of the Kazan Icon, built through the labours of the Venerable Alexandra (Agafia Semeonovna Melgunova), brought to Diveyevo by the Mother of God Herself. A women’s community was established nearby, guided spiritually by the Sarov desert elders. Mother Alexandra spent much effort beseeching the Sarov Hierodeacon Seraphim to become the spiritual father of her community. But the saint took upon himself this responsibility already at an old age, when after many years of ascetic labors, he was instructed to do so directly by the Mother of God.

“I have not chosen you,” St Seraphim used to say to the Diveyevo sisters, “It is the Heavenly Queen herself who has chosen to entrust you to me.“ The elder had material proof to that. In search of God’s Providence he came to an age-old oak tree and prayed that this tree might bow down, if God and the Most Holy Theotokos desire for him to participate in the affairs of the Diveyevo community. The next morning, despite the calm weather, the huge tree was uprooted.

At the behest of the Most Pure Lady, St Seraphim has also founded a second, maiden’s community in Diveyevo. In November 1825, the Queen of Heaven appeared to the holy elder in the Sarov forest and commanded him to take eight sisters from the Kazan community and build two Nativity churches and a mill, enclosing the new grounds with a dike and naming it the Community by the Mill.

On December 22, 1826, on the feast of the Conception of the Most Holy Theotokos, with the blessing of the Venerable, ground-breaking took place for the new monastery mill which was brought into service only a year after.

St Seraphim of Sarov established some unique rules for the new community. They required that a candle should always be lit in front of the icon of the Savior in the Nativity Church. Similarly, an inextinguishable oil-lamp was placed in front of the icon of the Mother of God in the Nativity Church of the Holy Virgin. The sisters were obliged to read the Sleepless Psalter unceasingly which, in the elder’s words “will nourish the monastery forever.“ He also introduced the rule of serving the Paraklesis to the Mother of God before Sunday Liturgy.  “If this is done, no troubles will befall the monastery.” Venerable Seraphim assured.

The saint also blessed the Diveyevo sisters to follow a new prayer rule, established by the Heavenly Queen Herself. He also commanded the sisters to pray incessantly, thank the Lord for everything, to be watchful, sober and joyful, staying away from the spirit of despondency. The elder taught the sisters to endure the sorrows without murmur or being confused, because “a monk is only truly a monk after he is beaten and torn by everyone like a pair of sandals!”

The spiritual daughters of St Seraphim have always put ultimate faith in the great power of his prayer. One day the sisters were driving a horse wagon to the Sarov mill, when suddenly their horse stumbled, sprained its leg and could not get up. The sisters were afraid that they would not be able to return home; they cried and exclaimed, “Help us, Father Seraphim!” The monks heard the sisters and came to see who was crying. One of them pushed the horse, causing it to jump, at which point the leg joint snapped into place with a crunch. The brethren were amazed at this miracle, shown forth according to the sisters’ faith, while the sisters rejoiced and thanked the holy elder for his intercession.

Sensing his imminent demise, St Seraphim prayed to the Most Holy Theotokos that She would continue to care for his Diveyevo flock. The Mother of God heard his prayers and visited the elder in 1830 and 1831. During her visits she promised to him Her care for the nuns of the two female communities. St. Seraphim of Sarov reposed in the Lord on January 15, 1833

9 years after that, the Mill and the Kazan communities united into the St Seraphim-Diveyevo nunnery, which in 1861 received the official status of a convent. The first abbess of the monastery was Abbess Maria (Ushakova), through whose labors the monastery grew and flourished. In the beginning of the 20th century more than 1,500 women lived here.

During the years of the Soviet rule, the monastery was closed, with many of its buildings and shrines being destroyed. The Holy dike surrounding the former Mill Community was also levelled.  Venerable Seraphim believed that she dike forever carries the imprint of the path made by the Mother of God to Her domain at the Diveyevo monastery. “Here walked the feet of the Mother of God erecting for you an eternal wall and protection, which the Antichrist will not be able to cross.” the prophecy of the elder proclaims.

In the present-day Holy Trinity Seraphim-Diveyevo Monastery, the former churches have been restored, as well as the dike, which has become the traditional path for thousands of pilgrims who walk its full length reading “Hail Mary”. Today, over 400 nuns live in the monastery. The monastery has several hermitages and farmsteads.

Elder Seraphim particularly noted the sacredness of the temple in honor of the Kazan Icon of the Mother of God. According to him, at the end of times, when everything burns down, only three churches in the world will ascend to heaven in their original appearance, with the Diveyevo monastery Kazan church among them.

The miraculous icon of the Most Holy Theotokos, called Tenderness, in front of which St Seraphim prayed in his cell, is one of the most famous shrines in Diveyevo. You can read about its history here.

You can also read more about the first, second and third domains of the Mother of God in our previous articles. 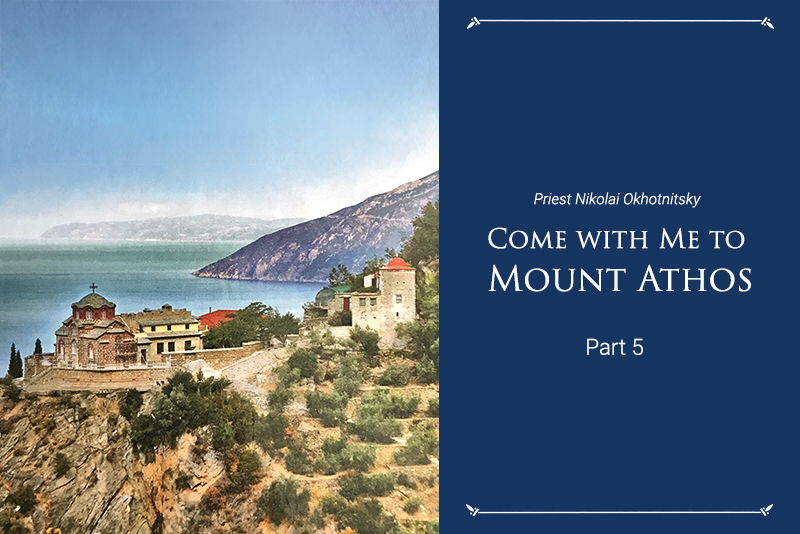 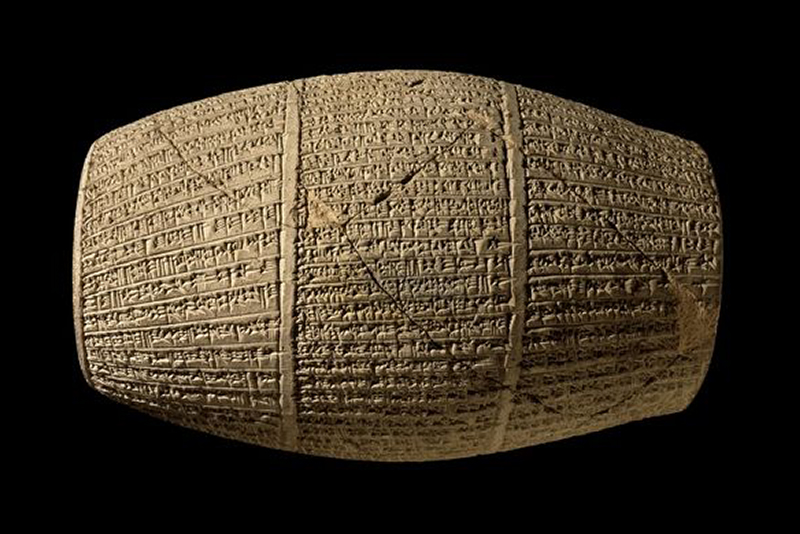 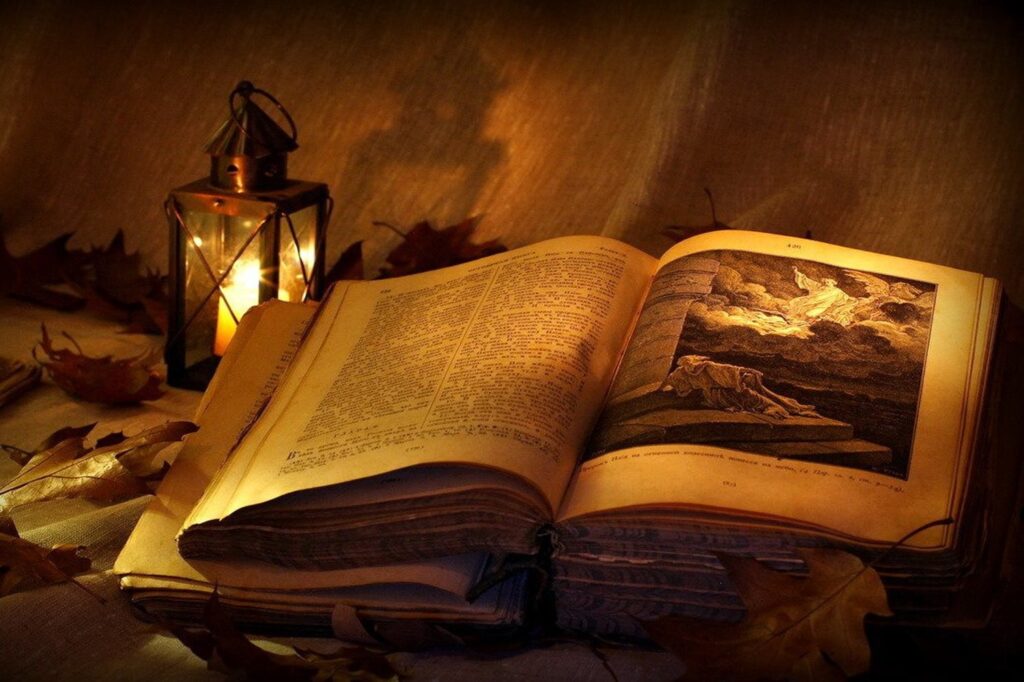