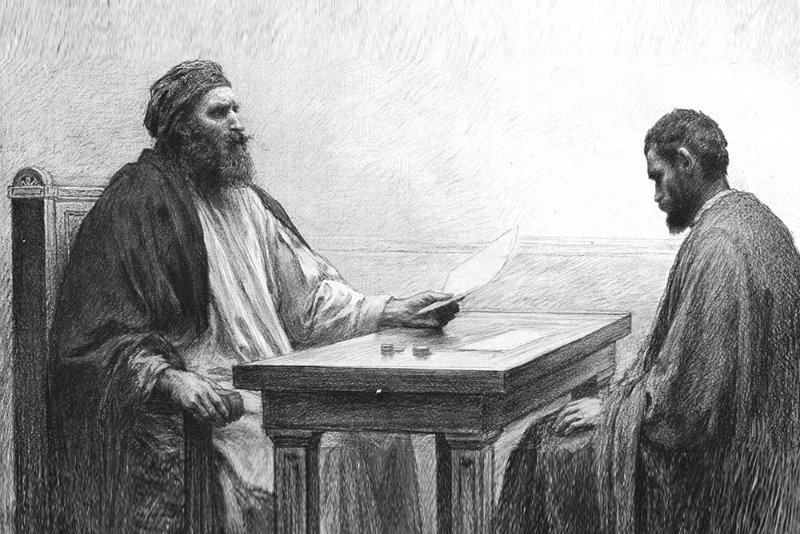 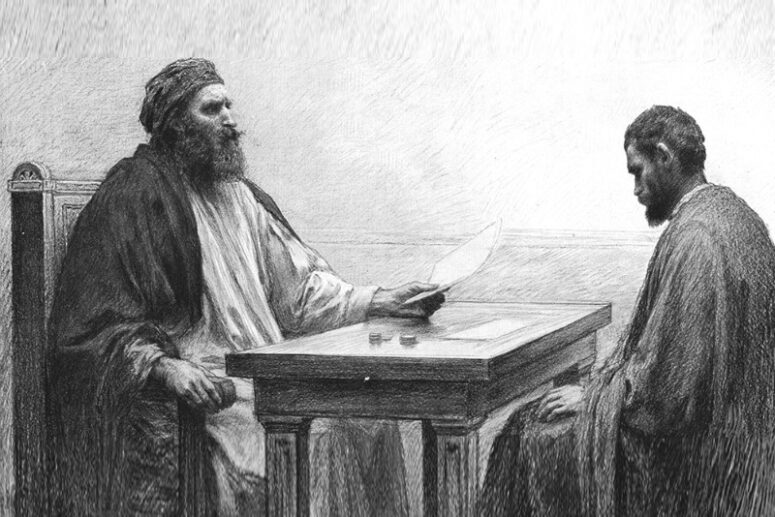 Today’s reading includes the parable of the unfaithful steward (Luke 16: 1-9). Perhaps this is one of those cases when, despite the absolute clarity of the text and the simplicity of speech, we are faced with difficulties in understanding this parable. Why does Jesus praise the unfaithful steward, who, realizing that he would lose his profitable position, began to deceive his master by writing off part of the debtors’ owings? What explanations for the ruler’s act do the interpreters suggest, and what answer does the exegesis of this passage give us?

The main hero of this parable is far from perfect; the Savior chooses him as a worldly example to illustrate a certain important idea. The main line of interpretation, shared by many holy fathers, is that the parable is called to show us that even the most thorough thief knows that human gratitude and a sense of a fulfilled duty can be worth much more than all earthly treasures. Over the course of history, the parable has been given many interpretations. Various attempts have been made to find possible explanations for the steward’ motives.

The Interpretation of St Theophylact

St. Theophylact urges us to refrain from exploring too deep into the subtleties of the parable in search of a hidden subtext that can easily lead us to false conclusions. The saint argues that the most important thing is to understand the main idea of the parable, which in this case is that we are all just stewards (rather than masters) of our lives. Unfortunately, we begin to correct something and acknowledge the need to give an account to God only when death is already near. According to the saint, wealth becomes unrighteous if we start spending it on ourselves instead of serving our neighbour. However, if, despite everything, we gain a foothold in self-indulgence and turn our talents into unrighteous wealth, we should not despair of salvation, but start using unrighteous wealth for righteous purposes, that is, for charity.

We will look at some other explanations as well. According to one of the versions, the steward decided to glorify the name of his master by distributing his wealth, and thus save himself from his anger. In such conditions, the master could no longer simply drive out the cunning steward, because it would make himself less generous than his servant in the eyes of those around him. That was how the steward saved his position (Udoh 2009).

According to another version, the steward did not cheat on his master in the first place, since in those days overcharging debtors was common practice among publicans, adding their own interest to the owed amounts. By writing off part of the debt, the steward was simply giving up his bribe, thus making the debtors feel obligated to him (Landry 2000).

One more version says that we are all debtors to God, misusing His gifts. However, God will praise those who can at least help others reduce their debt to Him (Ben May 2000).

Finally, there is a version according to which giving to the poor and waiving the debtors’ owings was the secret desire of the master himself, that the steward simply guessed and fulfilled, overcoming his own willfulness. (Andrey S. Desnitsky. Introduction to the Biblical Exegesis).

All these interpretations are good in their own way and may well be complementing each other. However, in the parable we find a strictly defined text. What can we learn from it? What is meant by Jesus’ words, “Make friends for yourselves by means of the wealth of unrighteousness”? We will call on biblical exegesis (text analysis) for help in putting everything in its place.

Exegetical Analysis of the Parable

Why does the Lord praise the unfaithful steward? Of course, he praises him not for his immorality, but for his quick wit, ingenuity and cunning (in the original we see “wisdom”). In verse 8, Jesus says that “the sons of this age are more shrewd in relation to their own kind than the sons of light in dealing with their own people.” The meaning of the parable is not to deceive the masters, but to be wise in the matter of salvation, just as the sons of this age are wise in earthly affairs. The steward realized that there was very little time left and found the right solution: he would do good to his master’s debtors, so that, in case of losing his position, he could count on their help.

Many words and phrases that Christ uses in His parables had more connotations for His direct listeners than they do for us. Thus, “making friends for yourself” in the Jewish tradition, recorded in both Scripture and the Talmud, meant to do charity, since a person’s true friends are his alms. Our good works are our intercessors before God at the hour of our death. Therefore, we should make friends. How? By means of the wealth of unrighteousness.  What does it mean?

In the Greek original, instead of the word “wealth” appears μαμωνα̃ τη̃ς α ̓ δικίας (mammon of falsehood). Mammon is a Hebrew word, derived from the root meaning “strength, loyalty, reliability.” Since ancient times, an ordinary person could rely on his property. People saw support in whatever they were rich in. Later, this term began to acquire more and more negative connotations, in the meaning of obsession, enslavement by property and the desire to accumulate it. Mammon of falsehood (Greek α ̓ δικία) to an ancient Jew’s ear could sound like wordplay similar to unfaithful, deceptive, unreliable reliability or fortress. (Archimandrite Iannuariy (Ivliev), Particular Features of the Gospel of St Mark and St Luke).

So, the Lord wanted to tell his disciples: “Make friends for yourself, that is, do good deeds, the deeds of charity, using your wealth, your possessions. Wealth is not a strong fortress, a support that cannot be relied on in eternal life, since “whose will those things be which you have provided” when you die? (See Luke 12:20). However, by giving aid to other people, a person acquires “eternal friends”, the good deeds that testify to his living faith, due to which a person, after death, may be received into an everlasting home. (Luke 16: 9). 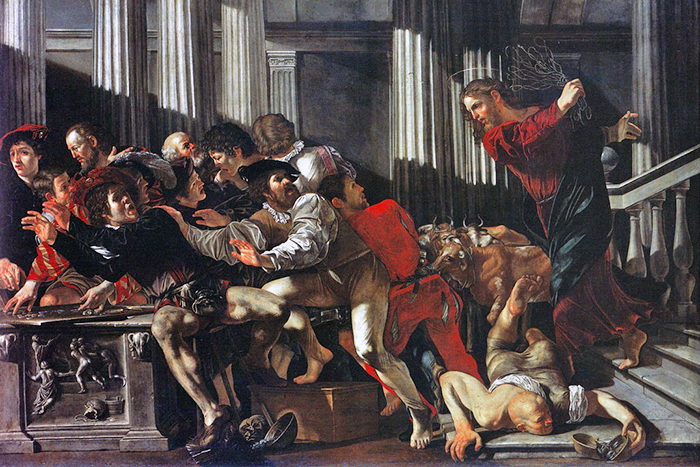 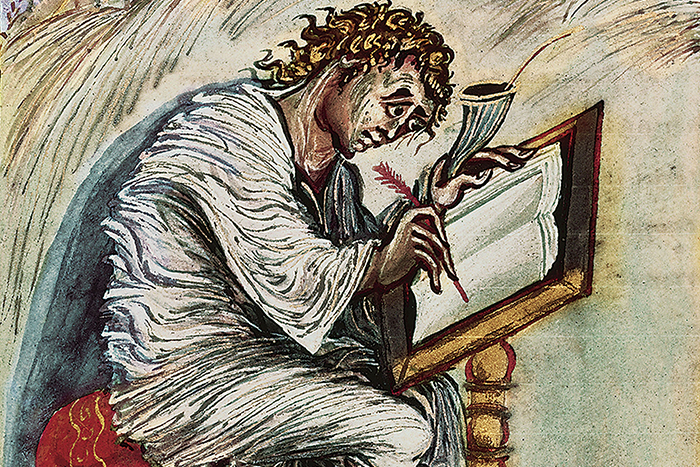 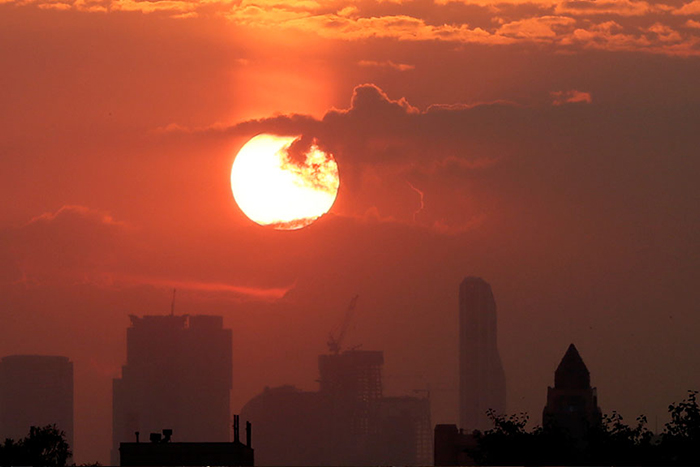