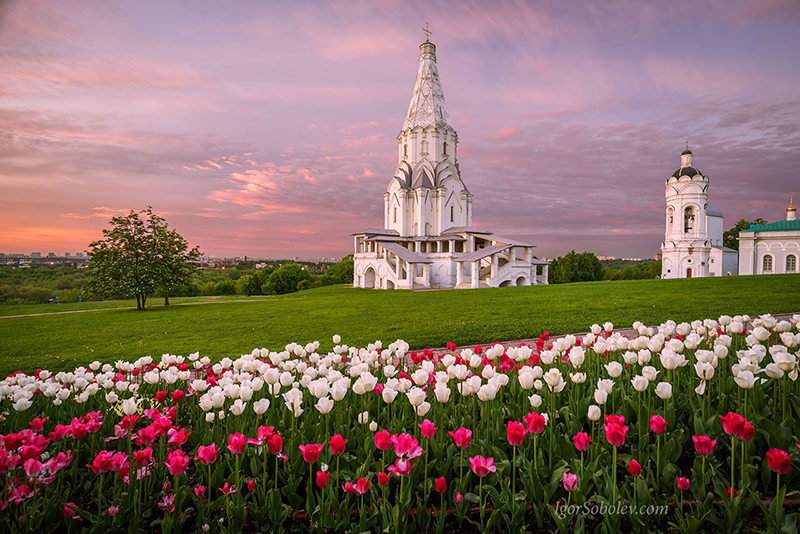 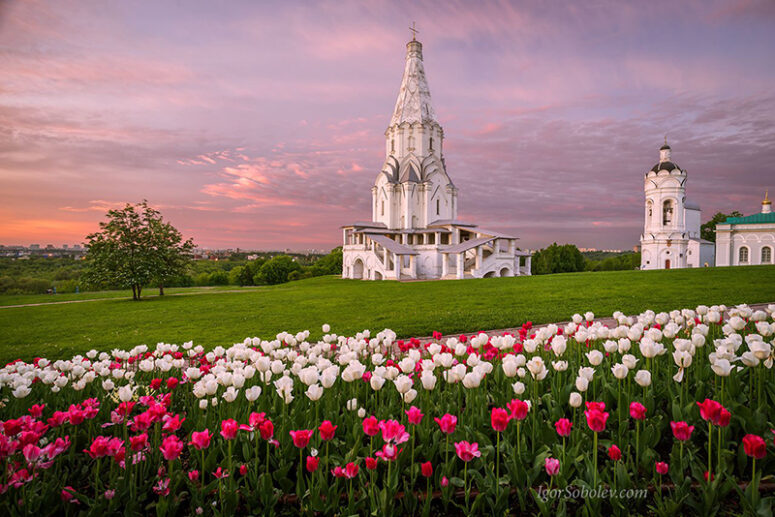 Our today’s article is dedicated to a wonderful liturgical song called Great Doxology, which is typically sung in the evening, at the very end of Matins.

The daily cycle of services looks rather unusual today, since Matins are most commonly served in the evening, and Vespers are often served in the morning. This tradition slightly distorts the perception of worship, but this does not prevent us from analyzing it and understanding what is happening in the church.

Each part of the daily cycle is special and has its own history and meaning. Great Doxology contains both praise and repentance prayer. Since it is placed at the very end of Matins (and also Compline), it serves as a very harmonious “prologue” to the Liturgy. I know parishes that serve only the ninth hour and Vespers on Saturday evenings, while Matins, with the 1st, 3rd and 6th hours are served on Sunday morning, just before Liturgy. This order is perhaps a little unusual for modern parishioners, but for the most part it keeps each part of the daily worship approximately in its original place.

If we open the text of the Great Doxology, we will see that its structure can be divided into three parts.

The first part begins with the words “Glory be to God on high,” and ends with “Every day will I bless Thee and will I praise Thy Name forever and ever.”

The second part begins with the words “Strengthen us, O Lord, this day to be kept sinless” and ends with “Blessed art Thou, O Lord, teach me Thy statutes.”

The third part begins with “O Lord, Thou hast been a refuge for us from generation to generation” and ends with “Extend Thy mercy unto them that know Thee”.

The first part is of the most ancient origin of the three. Researchers believe that as early as in the late 4th century it was already used during divine services and was known as the “angelic” or “morning” hymn. It quickly gained its popularity and spread throughout the Christian world. This is evidenced by the fact that the song “Glory be to God on high” has been translated into all Christian languages. The Greek version, placed in the seventh book of the “Apostolic Constitutions” (about 380AD), is regarded as the most ancient. The other ancient versions include the Syrian and Armenian translations dating back to the 5th-6th centuries.

If we are attentive, we will notice that the first part of the Great Doxology begins with the angelic singing of the Heavenly Powers announcing the Nativity of Christ (Luke 2:14). It seems to me that our perception of these words can be best formed through the prism of the instruction by St Gregory Palamas: “On account of Him who is born today, shepherds stand in the same choir as angels, sing the same hymn, and strike up a melody together. The angels do not take the shepherds’ pipes into their hands, but the shepherds, surrounded by the radiance of the angels’ light, find themselves in the midst of the heavenly host and are taught a heavenly song of praise by the angels.”

The general glorification of God begins with the words “We praise Thee, we bless Thee…” In the sentence “O Lord and King, heavenly God, Father Almighty…” we “particularize” our doxology, highlighting the Persons of the Holy Trinity. Then the choir sings “O Lord God, Lamb of God, Son of the Father”, opening the rather large (in relation to the entire text) Christological section. Read these words again, and you will see how many dogmas are contained in them.

The second and third sections of the Great Doxology have a later origin and consist mainly of Old Testament quotations (in particular, the Psalms and the book of the prophet Daniel) combined with their own “original” prayers.

Some early evidence of the hymn is contained in the work “On Virginity”, whose authorship is attributed to St Athanasius the Great. Doxology is mentioned there as part of the morning rule for maidens. As I have already mentioned, in most cases, Matins is served in the evening, therefore, during the Great Doxology, we traditionally turn on the light in the altar. This can be regarded as an echo of the ancient tradition to sing this hymn at sunrise. For example, St John Chrysostom repeatedly mentions this in his sermons at Antioch. St Basil the Great in one of his letters to St Gregory the Theologian on monastic prayer, notes that it is good to start the day with praise in honor of the Creator, thereby imitating the Heavenly Powers.

It is quite appropriate to assume that the original meaning of the Great Doxology led to the fact that today it is still sung after the laudative stichera, being, as it were, their logical continuation. This tradition was consolidated in the 6th century Palestinian Book of Hours, the “great-grandfather” of our modern Book of Hours, to which it handed down many liturgical orders.

Notably, the exclamation “Glory to Thee, Who hast shown forth the light”, opening the Great Doxology, was an ancient refrain to the verses of the laudative psalms (148-150).

It is also worth noting that in the western church tradition the Great Doxology was included in the solemn Mass. Subsequently, this practice was adopted by all who accepted the Roman liturgical rite. In the 9-12th century Constantinople the Doxology was sung at Matins. It took place in the center of the temple, where both the choir and the clergy assembled. The words “Glory be to God on high” were proclaimed by a dedicated chanter directly from the pulpit. At the end of the singing, the entrance into the altar was performed, followed by the Prokimenon and the reading of the Gospel. Today’s singing of the Trisagion immediately after the Great Doxology remains as an echo of that tradition.

Great doxology is a magnificent liturgical chant carrying a great and multi-layered significance. Commenting on the phrase “O Lord, Thou hast been a refuge for us from generation to generation” (Psalm 89:2) St Gregory of Nyssa  says, “You [the Lord], before creation, embrace all of the eternal continuity from the moment when the eternal nature perceived its beginning, and until the moment when the end comes; whereas the end of the endless is infinity.”

According to St Athanasius the Great, with the words “I said, Lord have mercy upon me; heal my soul, for I have sinned against Thee” (Ps. 40: 5), together with King David we pray for our sins, which we see in ourselves, understanding our own poverty and wretchedness.

Clearly, remembering all the meanings of each individual phrase during church prayer is hardly possible or worthwhile. But perhaps it is useful to study them in advance and attempt to grasp their general meaning and mood, in order to sincerely praise the Lord of the universe.

Translated by The Catalogue of Good Deeds
Source: https://spzh.news/ru/istorija-i-kulytrua/77280-izuchajem-bogosluzhenije-velikoje-slavoslovije–gimn-bogu-pri-voskhode-solnca 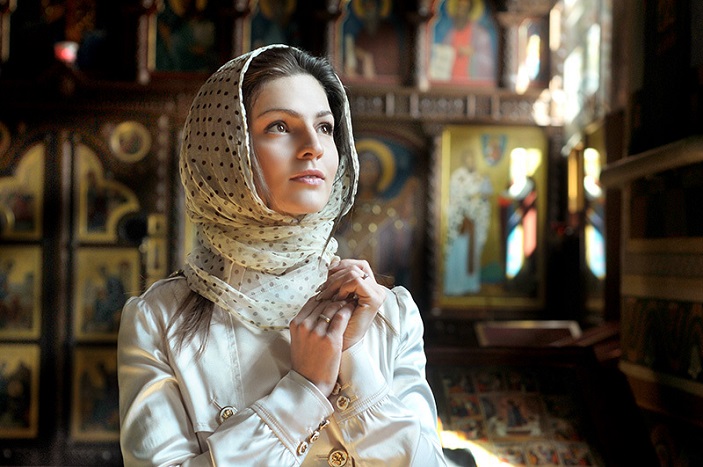 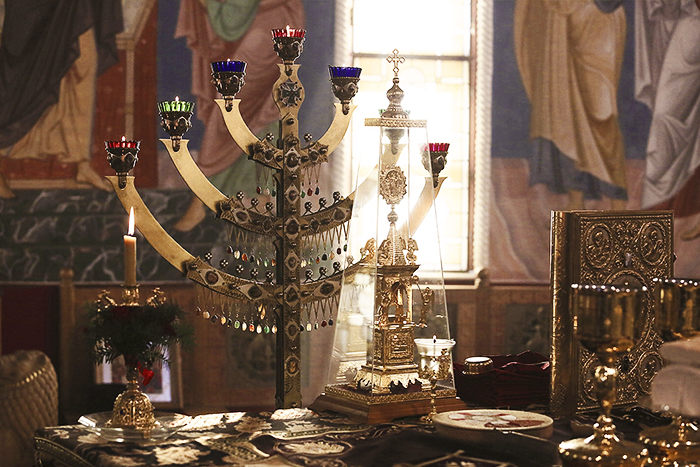 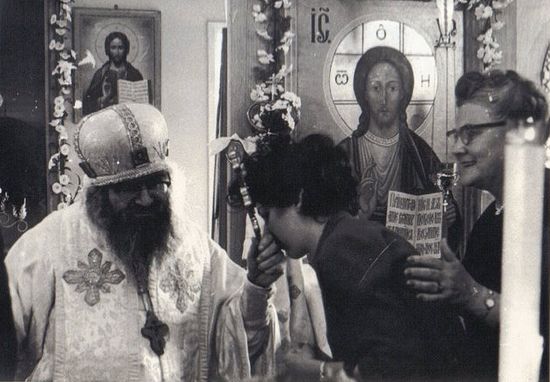