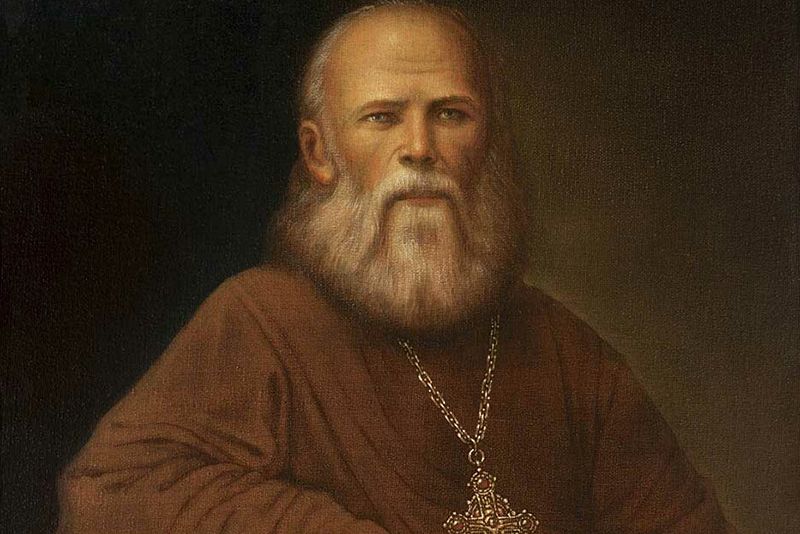 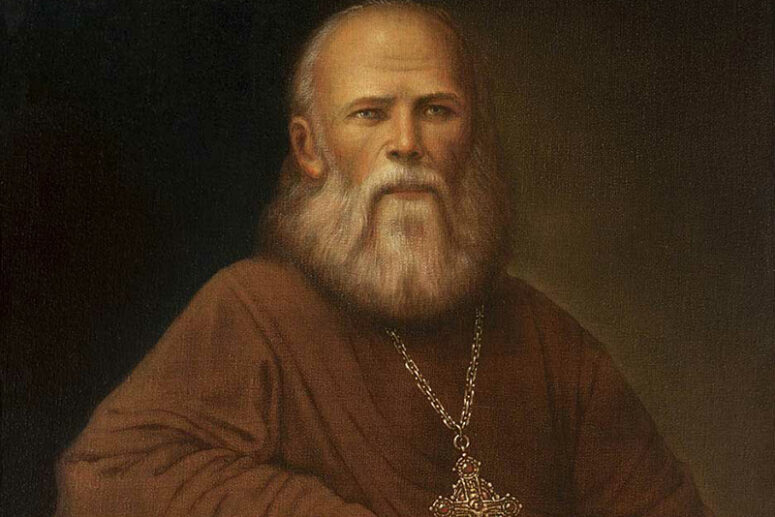 The kindly Moscow priest Alexey Mechev is remembered mostly for his infinite love of another, his greatest talent that he had acquired and augmented throughout his life. He pursued his ministry at the turn of the 20th century. That was a difficult time in the history of the Russian Church when many began to associate faith in God with backwardness. Yet the sainted priest impressed his flock by the character of his faith, which he described as ‘the faith of a child’. His faith kept him going as he conducted worship services in a near-empty church for a full eight years of his priestly service before the people saw the light of his pure and righteous soul and began to flock to him. Here are three stories about Alexey Mechev that illustrate his talent and capability to give love.

Love of the family
Father Alexey Mechev gave the following advice grounded in his personal experience of family life “Give warmth and light to others. Start with your family, and these works of love will soon engage you so much that your light and warmth will extend to others and benefit a growing circle of people.” Love filled every aspect of Father Alexey’s relationship with his wife Anna. His sincere warmth and care permeate every line of his letters to her that have survived to this day.
“My sweet and lovely Nyusha, my life, precious wife; pray do not forget to take your medicine and drink plenty of milk.”
“There is nothing more important than your recovery, so do not concern yourself with anything else. I think about you always, and may this give you comfort. Although I am a whole twenty kilometres away, I always know what you are thinking and feeling and what you are preoccupied with.
Anna was not a woman of outstanding beauty, but she was a lively and jovial woman of strong and simple faith. Her photos reveal her exceptional kindness and generosity. Alexey Mechev, a would-be saint and ascetic, always listened to her opinion. In one of his letters, he wrote to her with great humility, “I recognise how deep your faith must be. So will you pray, my angel, that my faith will be as deep as yours!”

One thing that marred the otherwise happy life of his large family was his wife’s severe heart condition that worsened over time. She married at eighteen, and at 36 her dropsy was so severe that she pleaded with her husband to stop praying for her life. She died soon afterwards.
The death of his beloved wife separated his life into before and after. That was his point of transition from earthly to divine love. By renouncing himself for the sake of others, he acquired the Divine gift of clear-sightedness.

Love of the neighbour
“The world does not need our investigations, opinions or judgements. It is dying due to lack of love,” taught father Alexey. His care for others amounted to more than helping them from time to time. He preoccupied himself fully with the plight of every person who approached him. Father Alexey said, “The Lord never turned anybody away; He called on everyone to come to Him for salvation; neither can I let myself turn anyone away. As He was dying, He remembered everyone, He saved the robber, and called out to His mother. Neither can I leave anyone behind.”

He was kind and forgiving with every sinner, no matter how deeply he fell, even when he reproached them. In a letter to one of the sinners, Father Alexey wrote, “My dear mischievous Petya, I was greatly saddened by the news of the mischief that you did at your moment of desperation by consuming wine and tobacco and drinking to excess. I forgive you this time and leave you with no penance if you promise not to do it again. Dear Petya, do not worry; your sorrow will turn into joy. May the merciful Lord always be with you, and all your brothers and sisters are praying for you. God bless!” He corresponded in this fatherly manner with all of his spiritual children, no matter how long he had known them – for many years or just for a day.

Love of God
After his beloved wife died, Father Alexey was grieving deeply, shedding many tears before God and dreading his loneliness. At that stage in his life, Saint John of Kronshtadt visited him. “Have you come to share my grief?” Father Alexey asked. Saint John of Kronshtadt replied, “I come to share your joy, not your grief. You have a visitation from God. Leave your cell and go out to the people; your new life begins from now on. You give yourself up to your grief as you think that no grief in the world can be greater than yours. Reach out to others; enter the grief of others and take it upon yourself, and then you will realise that your misery is small by comparison with the sorrows of the world, and you will be relieved.”
That meeting began a new stage in his spiritual exploits, his life as an elder. “A priest must belong to the people,” Father Alexey used to say. In his letters to his kin, he wrote about the long hours he was spending receiving visitors, going to sleep at 2 am and rising in the early hours of the morning.
As a man of great concentration and self-discipline, he held these qualities in great value and implored his spiritual children to bring order to their lives and discipline themselves.
For example, in a letter to one of her spiritual children, he underlined the importance of prayer and remembering about God. “Dear K.P.! The Lord sheds on us His great mercy, while we, His sinful and negligent servants, cannot spare even one hour of our day to give Him thanks; we let ourselves change the time of our prayer, although it is far more important than all our daily errands and concerns. We are forgetful of God and our duty to Him.”
He reached the highest point in his life of life and sacrifice to God in the final years of his life in the 1920s, a most difficult time for Russia. The new rulers summoned him repeatedly for talks and warned him against receiving visitors, Yet the elder never stopped his service at church and continued to give his help and guidance to the faithful.
To this love, the Lord responded with greater love. Just as John the Theologian, one of the most beloved of Christ’s disciples, avoided a martyr’s death, Elder Alexey was spared, with Divine will, from prisons and camps. He departed to God peacefully in his bed in 1923. As a mark of His grace, the Lord illumined the world with the uncorrupted relics of this glorified saint.

Translated by The Catalogue of Good Deeds
Adapted from: https://foma.ru/svyatoy-aleksiy-mechyov-ya-ne-hochu-sidet-na-tochke-zamerzaniya.html 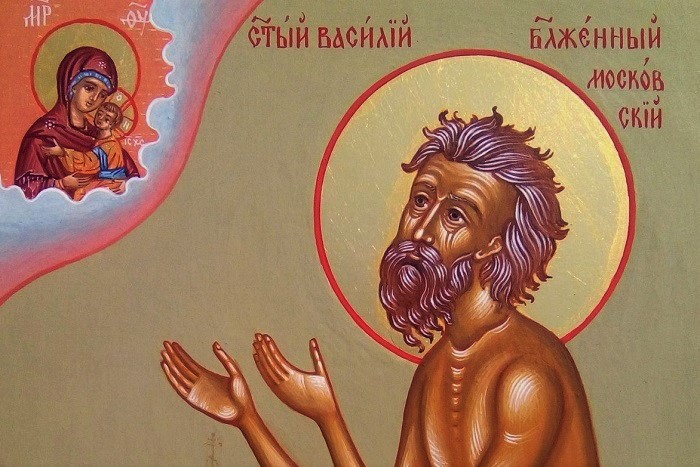 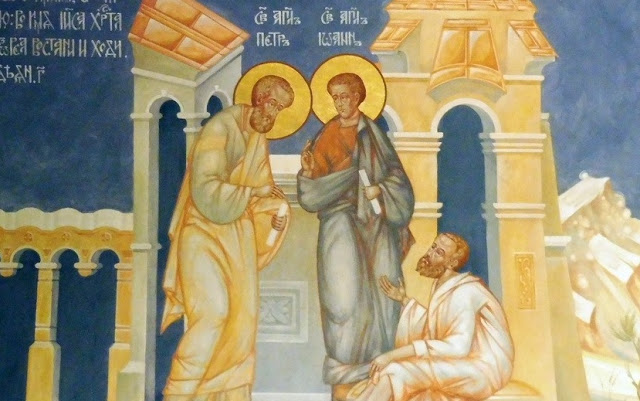 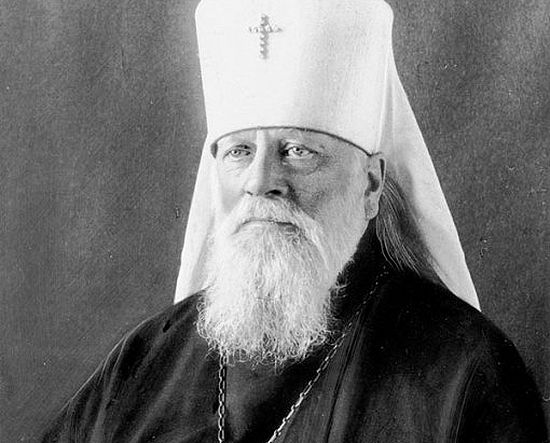