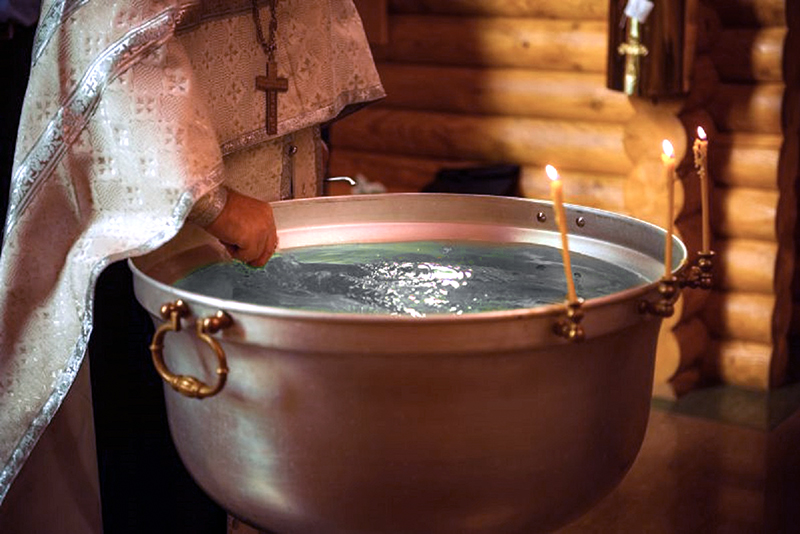 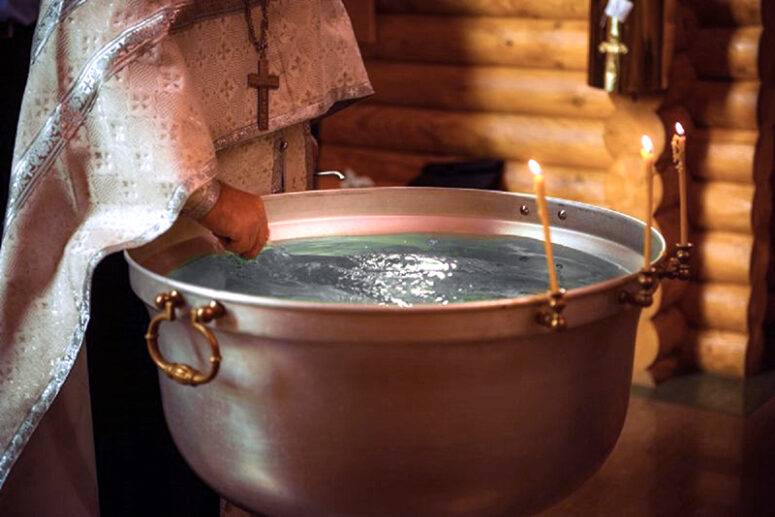 Consecrating the water is the high point in the Sacrament of Baptism.

Before we start this complex conversation, let us try to answer the question: Why is it necessary to consecrate water in the Sacrament of Baptism?

Protopresbyter Alexander Schmemann gives a brilliant answer to this in his book Of Water and the Spirit. “In the beginning, the Holy Spirit “moved on the face of the waters,” creating the world, transforming chaos into cosmos. It is His descent, His power, His operation that now- re-create the fallen world, make it again into cosmos and life… Purified and restored to its original nature, water now is to be more:  Christ by His descent into Jordan, by His Baptism, has made it into the power of redemption for all men, the bearer in the world of the grace of redemption. It is through his enslavement to the world and its matter that man became the slave of the demonic powers. The liberation of man begins with the liberation, i.e. the purification and the redemption of matter, its restoration to its original function: to be a means of God’s presence and, therefore, to be a protection and defence against the destructive ’’demonic” reality.”

In the light of this, we can say that every time during baptism water mystically transforms into a means of physical and spiritual purification for the person being baptised, opening to him the gates of eternity. By the power of the Holy Spirit, demons that may dwell in it are expelled.

Father Alexander Schmemann compares prayers for the consecration of water with the Eucharistic canon, the heart of the Divine Liturgy, where the Holy Spirit descends on bread, wine and water and transubstantiates them into the Body and Blood of Christ. The prayers for the consecration of water for the Sacrament of Baptism are indeed very similar both in structure and in content to the prayers of the Eucharistic canon of the Liturgy.

For example, at the beginning of the prayers for the consecration of water there are verses of praise to God “Great art Thou, О Lord, and marvellous are Thy works, and there is no word which suffices to hymn Thy wonders!” A very similar doxology is found in the initial part of the Eucharistic Canon. “It is proper and right to sing to you, to bless you, to praise you, to give thanks to you, to worship you in every place of your dominion”.

In the prayers for the consecration of water in the Sacrament of Baptism, there is a mention of the holy Angels, “The Angelic Powers serve Thee. The Choirs of the Archangels fall down in adoration before Thee. The many-eyed Cherubim and the six-winged Seraphim, as they stand round about and fly, veil their faces in awe before Thine ineffable glory…” In the Eucharistic canon there are approximately the same words, “We give thanks to you also for this liturgy which you are pleased to accept from our hands, though thousands of Archangels and myriads of Angels attend you, the Cherubim and the Seraphim, six-winged, many-eyed, soaring aloft on their wings, Singing the victory hymn, exclaiming, crying out and saying…”

Further in the prayers for the consecration of water there are verses, “For Thou, Who art God inexpressible, existing uncreated before the ages, and ineffable, didst descend upon earth, and didst take on the semblance of a servant, and was made in the likeness of man: for, because of the tender compassion of Thy mercy, О Master, Thou couldest not endure to behold mankind oppressed by the Devil; but Thou didst come, and didst save us… For Thou, О our God, hast revealed Thyself upon earth, and hast dwelt among men.  Thou didst hallow the streams of Jordan, sending down upon them from heaven Thy Holy Spirit and didst crush the heads of the dragons who lurked there…” These words commemorate the Baptism of the Lord in Jordan and its dogmatic significance. A similar recollection is found in the part of the Eucharistic Canon called the Anamnesis, meaning “remembrance” in translation from Greek. It contains the following words: “Remembering, then, this commandment of the Saviour and all that has been done for us, the cross, the tomb, the resurrection on the third day, the ascent into heaven, the sitting at the right hand, the second and glorious coming again, (exclaims) Your own from your own we offer you, in every way and for everything”.

And finally let us take a look at the invocation of the Holy Spirit. In the first case it is done to consecrate the water, in the second – for the transubstantiation of the Holy Gifts. In the first case, the priest says thrice, “Let all adverse powers be crushed beneath the sign of the image of Thy cross!” In the second case the priest reads the troparion of the third hour and the verses from the 50th psalm dedicated to invoking the Holy Spirit.

The formulas for the consecration of water and the transubstantiation of the Holy Gifts are also quite similar. It is noteworthy that in both cases the priest uses his right hand to sign the substance of the Sacrament thrice with the sign of the cross. In the first case it is water; in the second it is the lamb taken out of the service prosphoron, and the Holy Chalice containing wine mixed with water.

Let us dwell on the former case in more detail since it is relevant to our subject. After signing the water three times in a cruciform manner, the priest pronounces the following words, “Let all adverse powers be crushed beneath the sign of the image of Thy cross!” After each sign and prayer, the priest blows on the water.

Notably, the instructional handbook for clergymen says the following about this rite, “The water should be signed crosswise by touching the water lightly with your fingers the first time, going a bit deeper the second time and and immersing the entire right hand into the water during the third time. Blowing on the water should also be performed in a crosswise manner”.

The Sign of the Life-giving Cross drives demons out of water, while the breath is a symbol of the very act of creation. So, God uses a priest and water to create a relic that sanctifies a person. According to the rules of the church, Theophany water cannot be used for the Sacrament of Baptism with the exception of life and death situations when a dying person needs to be baptized. In all other cases water should be consecrated purposely for the aforementioned Sacrament.

According to the Handbook for clergymen, after the Sacrament of Baptism is completed, the baptismal water “is poured into a clean place, not trampled by feet, such as under a tree, under a temple, into a river or into a special deepening in the ground; never into drainages, sewerage systems or ditches ”.

After the consecration of the water, the final prayer is read by the priest, in which he asks the Lord for the evil spirit to come out of the water, so that it may become for the baptized person the source of life and unity with God.

Let us remember that a Christian is a person united with God forever. The Lord dwells in us, around us and next to us. Having clothed ourselves with Christ, we became a living temple of the Holy Trinity. Let’s not forget about this.

Translated by The Catalogue of Good Deeds
Source: https://pravlife.org/ru/content/zachem-pered-kreshcheniem-svyashchennik-osvyashchaet-vodu-pogruzhaet-v-nee-palcy-i-duet-na 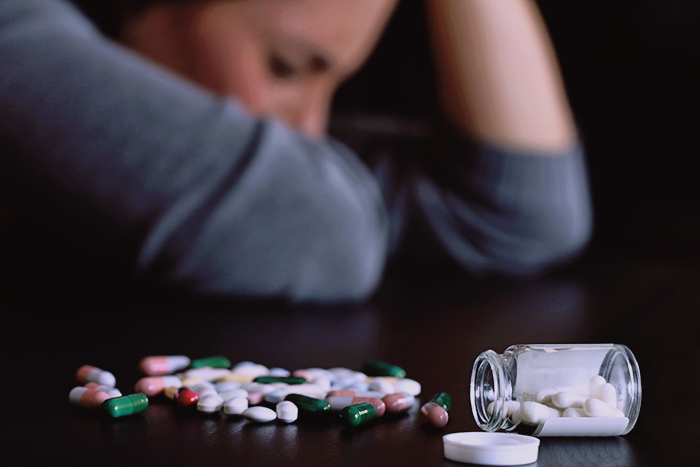 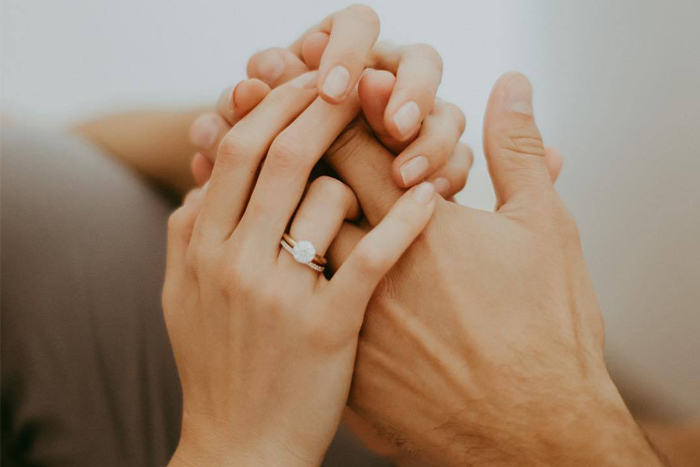 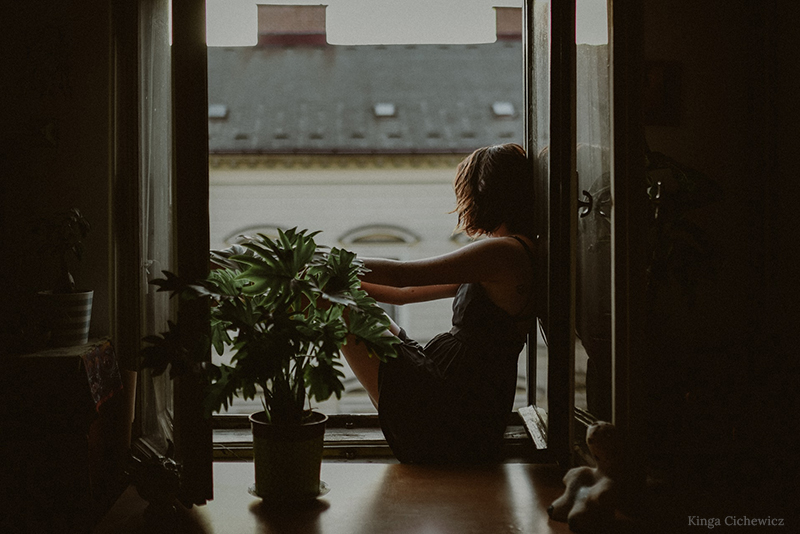