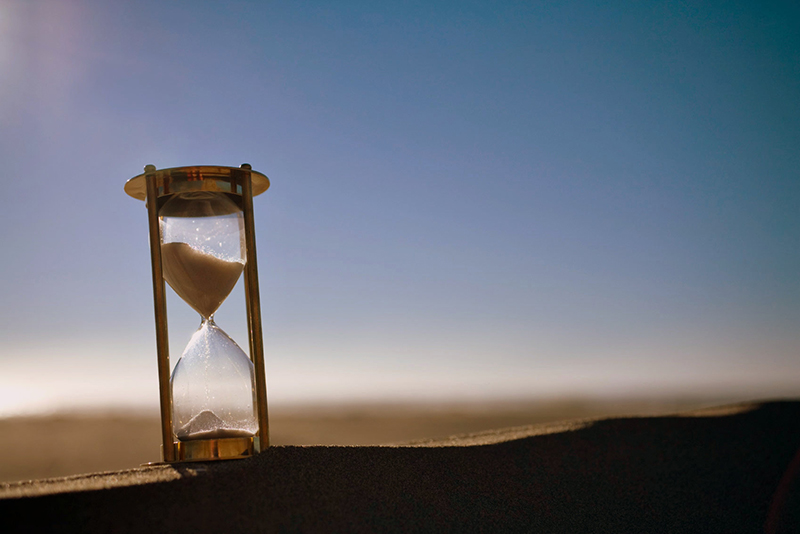 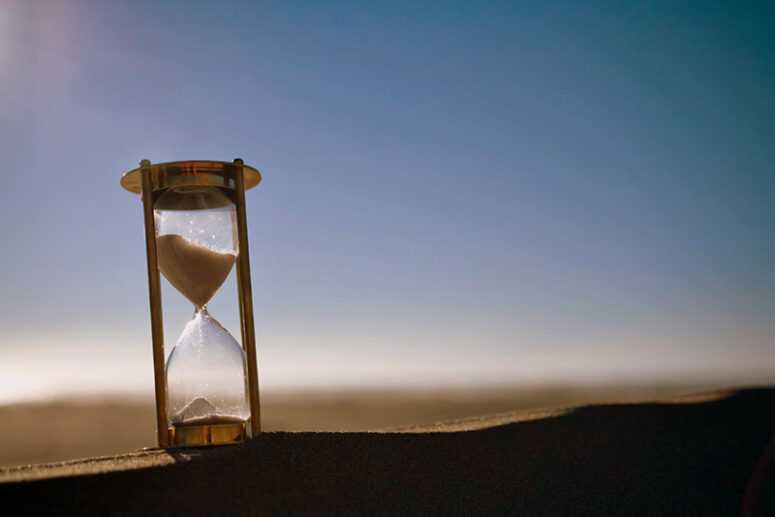 Ever since the ascent of Our Lord Jesus Christ to heaven, His faithful have been waiting for His second coming. The Holy Scripture tells us, “Therefore keep watch, because you do not know on what day your Lord will come.” (Matthew 24:42). Throughout the ages, people wave been looking for signs of the last days, the presence of the Antichrist; many have been apprehensive and overcome by the fear that they might have to live in the dark days of the anti-Christ’s rule. Should we also be thinking about the last days from the same perspective? How did the Holy Fathers contemplate the last days and the Second Coming of Christ? Surprisingly, they viewed these events with joy. Below is a collection of notable quotes and prophecies from some of the most respected and revered 20th-century saints on salvation in the last days, the anti-Christ, finding joy and freedom from fear.

Invariably, the Holy Fathers advised that we treat the prophecies of the modern elders with great caution. By being prudent and alert, we can avoid many heresies and unnecessary fears. Elder Nikolay Guryanov from Russia’s Zalit Island wrote with disdain, “What is the use of terrorising people with images of an abyss of evil? What good does it serve to talk about evil all the time? Raising fear and creating anxiety will lead to nothing good. People will break under all this pressure. The anxiety has already escalated to existential fear. Everyone is waiting in horror for the coming of the anti-Christ and can think of nothing else but him and his gruesome deeds. How unfortunate! People are afraid of many things – physical death, destruction, persecution, or bereavement. Many have already lost their minds over these fears, so what awaits them next?  God created us in His image and likeness; He wanted us to remember that we are God’s servants and that we should not tremble before the anti-Christ.

When the Lord revealed to His saints the glimpses of the future, His intent was not to instil fear. He wanted it to be our sobering moment, a call to repentance, an invitation to change our lives. By doing all these, we can delay Judgement Day and let more people be saved. Many predictions about the anti-Christ and his rule were revealed to elders such as Saint Lavrentiy of Chernigov and Gabriel Urgebadze. They shared them with their disciples to guide them in their life choices.

Understanding the approach of the anti-Christ’s reign

Saint Lavrentiy of Chernigov shared the following revelation from the Holy Spirit about the future coming of the anti-Christ: “Where a table with the holy icons used to stand, alluring devices will be placed as temptations for the people. Many would digress from the truth and would want to watch and listen to the news. In this news, the anti-Christ will reveal himself, and many will accept him. The world will see him once. Blessed will be all those who will not wish to meet him and see his vile face. Those who will choose to watch and listen to his talk and his promises of worldly riches will be tempted and bow to him. That will be the moment of their death for everlasting life.”

Saint Gabriel (Urgebadze) accorded with father Lavrentiy’s predictions. “The struggle of the Prophets Enoch and Elijah with the anti-Christ will be shown on television. By His great mercy, the Lord will allow it to be televised for the world to see.”

The seal of the anti-Christ

How can we recognise the seal of the anti-Christ? Father Nikolay Guryanov advised, “The Lord will protect His faithful. Live by the Gospel, have fear of God, be pious and pray to Him, and He will give you an indication. Just be wise enough not to puff up your abilities or intuition. Put your trust in Him; remember, nothing happens without His will.“

Concerning acceptance of the seal, Saint Gabriel shared the following insight, “They will place the seal on the index finger, not on the palm of your hand. They will use a computer to hide it under the skin, so no one will see it. Initially, they will put it voluntarily. But when the anti-Christ rises to the throne and begins to rule the world, people will be forced to take it. Anyone who refuses will be pronounced a traitor. They will need to flee to the forest, in groups of 10 – 15. They will have no chance alone or in smaller groups.”

Supplementing his words, Elder Nikolay Guryanov prophecised that acceptance of the seal will be voluntary, and denunciations of Christ deliberate. Every Christian will know that the seal is from Satan. “The torment will be enormous, unseen from the beginning of the world. But we should not be afraid. Denounce the seal. You will be sent to the cross. But the torment for those rejecting the seal will be short. It will be a blessing to die with Christ for His sake.

Saint Gabriel taught not to take bread from a man with the seal of the anti-Christ, but he insisted that food with the number of the beast would not harm a Christian. “Say the Lord’s prayer, cross your food and sprinkle some holy water to sanctify your food.” Elder Nikolay took the same view. When they began to place bar-codes on food, people were worried and approached him with questions.  “It is sinful to have food from God and to refuse to ear it. I always thank God for not abandoning me and sending me gifts through the people – a loaf of bread, or this can of fish. He took out from his bag a can of fish with a bar code, made the sign of the cross over it and said to his lay sister, “Let us pray and have the meal that God has sent us,” On another occasion, he added, “For the end of times, stock up on faith, not on food.”

Someone asked Elder Gabriel if it would be acceptable to steal food if people without a seal were not allowed to buy it. He replied, “If you steal, you will break God’s commandment and by doing so, will accept the anti-Christ. A faithful of God should but his trust in Him. In the last days, the Lord will perform for His people untold miracles; just one leaf of a tree will give them enough food to last for a month. A true believer will cross the soil, and it will give him bread.

According to Elder Lavrentiy, the last days will be a difficult time for the church. Shortly before the enthronement of the anti-Christ, the doors of the churches will be closed, but they will still be decorating them outside and inside. They will continue to guild the domes and bell towers. When the renovation of the main church is complete, the reign of the anti-Christ will begin. All the churches will be in brilliant shape, but people will not be able to visit, as the bloodless sacrifice of Jesus Christ will no longer be offered there. The churches will be places for Satan’s gatherings (Revelation 2:9). They will be empty of His grace.

Saint Gabriel instructed his disciples as follows: “Keep doing good deeds so that you will be saved by your kindness. In the last days, the followers of the anti-Christ will keep going to Church, crossing themselves and preaching the Gospel. Do not believe anyone who has done no good deeds. You will only know a true Christian by their deeds.”

Our hope of salvation

“At all times, we will need humility and perseverance; we must thank God and our parents. These are the things that will make us pure and worthy of salvation,”  said Father Nikolay Guryanov to his spiritual children. In addition, he called on his disciples to remember His Cross that will lead them to salvation. Also reassuring is the advice of Elder Gabriel about the virtues that we must begin to cultivate in ourselves right now to prepare ourselves for the sorrows of the age to come. “In the last days, people will be saved by love, humility and kindness. Kindness will open the gates of heaven, humility will take you through the door, and love will show you the way to God.

Advice for the present

“We must abide fully by the Gospel, we must carry it in our hearts. Treat it as your guide and measure your life against it. Be honest and truthful. Stay pure. Work with a prayer at heart. Do not spend all of your time speaking and thinking about the anti-Christ. Your soul is where your thoughts are. Bad thoughts will do you harm. Put your trust in God, and always have Him in your mind,” taught Father Nikolay Guryanov.

In the same vein, the elder of the Holy Mount Emilian (Vafidis), who departed in 2019, advised the faithful to keep a living relationship with Christ and refrain from thinking too much about the anti-Christ. Failing to do so would make him, not Christ, the central figure of our lives. “Worry not about the last days, the anti-Christ and the signs of his coming. Remember: as long as we have Christ in ourselves, the anti-Christ is powerless to do us any harm. Concerning the day of judgement at the end of our lives, he remarked, “I know that the anti-Christ will come, and there will be the second coming of the Lord. But I do not know when it will happen. Tomorrow? A thousand years later? I cannot know that. But I am not concerned because I know that the second coming of the Lord will happen for all of us at our last hour. That last hour is around the corner.”

So let us sustain our faith and trust in the Lord at all times and cultivate virtues in our souls in preparation for meeting Him. Let us begin this very moment. 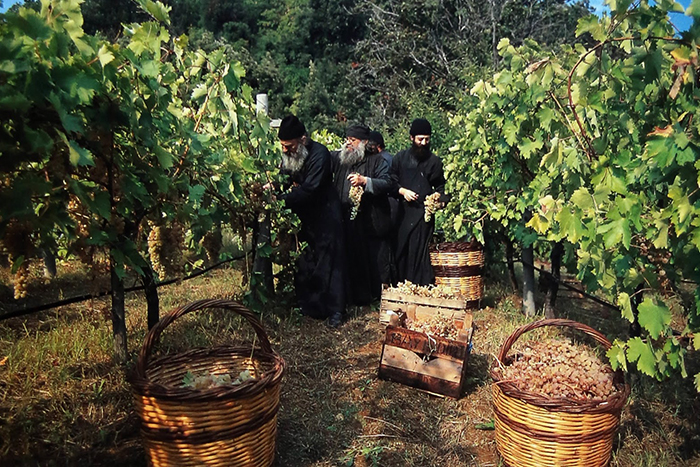 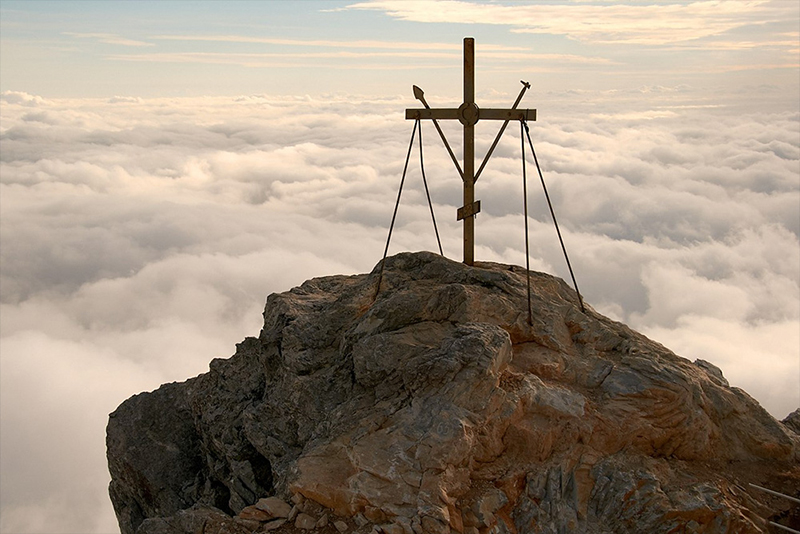 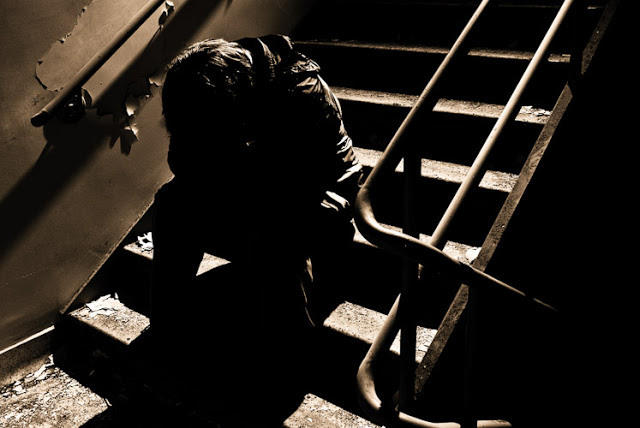