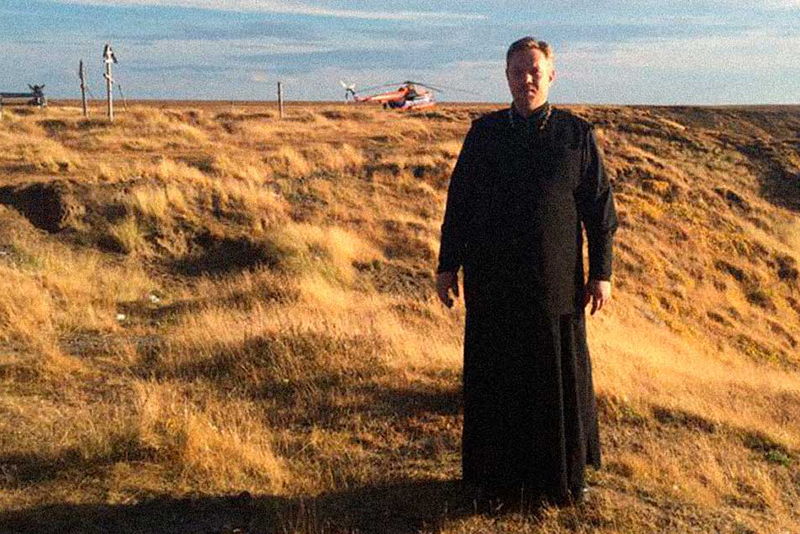 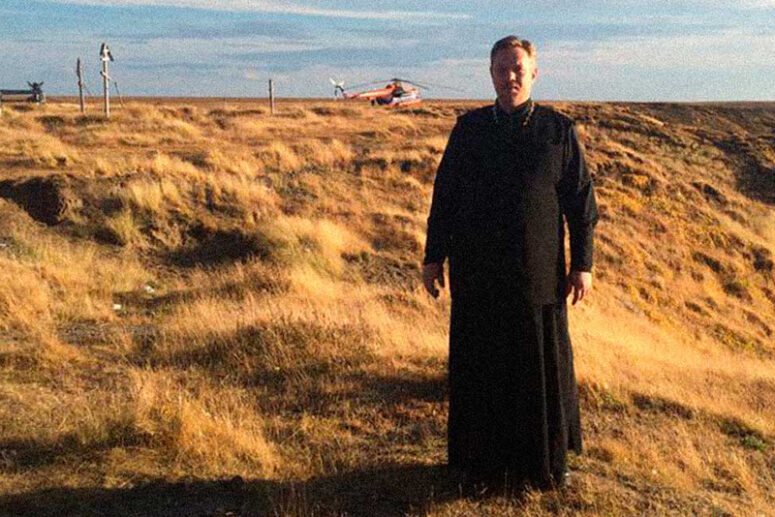 Many believers will agree with me that the most difficult thing for a new convert is to cope with the desire to bring his near and dear to faith as soon as possible. At one time, I also had to go through this. My friends, with very few exceptions, thought that I had a screw loose and soon began to avoid me. The same happened with most of my relatives, while the closest of them (dad and mom) treated my “whims and fancies” condescendingly, without however missing an opportunity to say something like, “Stop doing nonsense and get a job!”

My father, who called himself a communist and an atheist all his life once said, “You have to be a fool to become a priest, Dima. You know there’s no God.”  No matter how hard I tried to “enlighten” my father and mother, they listened to my sermon thinking that their simple-minded son was fooled by cunning priests.

There is hardly anything that I haven’t tried. I “planted” books and brochures for them to run into, played chants and sermons on my tape recorder loud enough for my “stray” relatives to hear, “accidentally” invited my more experienced brothers for a cup of tea and gave endless “edifying” talks. Of course, this annoyed my parents a good deal. I don’t know how my zealous missionary work would have ended, if not for one incident …

Once my future confessor, Father John, accidentally overheard me complain to another sexton (I was already helping in the altar at the time) about my folks’ complete “lack of awareness”. After the liturgy, he called me over to him and said, “Do you know why I called you, Dima?” Later, when Fr John became my confessor, I learned that if he called me “Mitya”, it meant a very high degree of praise, but him addressing me as “Dima” was a sign of a major screw-up on my end.

– Tell me, Dima, do you remember why Noah cursed his son Ham and all his descendants?

That was a perfect chance to show off my erudition filling the gaps in the old priest’s memory. And so I told him the whole story of the Flood, the Ark, as well as Noah and his sons. I got carried away and did not notice that Fr John was smiling.

– Thank you for reminding me of all this. Especially the part with Ham. Well done, Dima. You are a good acolyte and you are always on time with the censer. Your sticharion is neat and clean, and you keep everything in such good order. Good boy! I am really grateful to your parents who have raised such a good son. Tell me their names, Dima. I will pray for them. They are holy people.

His warm and sincere words were pleasing, but they made me very ashamed. I remembered that less than three hours earlier I was literally calling these holy people who gave me life “stupid and hopeless”.  In the meantime, Fr John continued:

– Can you imagine Dima, at first I didn’t pray for my own dad and mom. They wanted to send me to a vocational school, but I really liked the church. So I disobeyed them and went to the seminary. They scolded me big time, and I called them stupid.

This is how offended I was. I told my spiritual father about this in confession. He suddenly took a metal cross in his hand and pressed it against my forehead with an effort that instantly shook me. “What right have you to be judging your parents or discussing their actions with all sorts of idiots like yourself? Have you tried to pray for them? Stop interfering with God and start praying. He Himself will arrange everything!” – This is what he told me then.

Father finished his story, and then he stretched out his hand, took a large silver cross from the altar table and made the same painfully sobering gesture. Then he smiled, looking at my reaction. Tears flooded my eyes. They were caused more by regret than resentment. I fell on my knees in front of Fr John crying and saying, “Forgive me, father!” I was thirty then, but he patted me on the back like a child and said, “You forgive me, Mitya” and put the same cross against his own forehead.

– Go, Mitya, you have a lot to do. And pray for me, a sinner. Pray also for your mom and dad. It will be very difficult for them.

This conversation changed a lot in me and my relationship with my family. Several years have passed. My father suffered three strokes, was paralyzed and practically lost his mind. By some miracle he came to his senses a few days before his death, recognized me and suddenly asked for a confession. After that he again fell into a coma and never regained consciousness. My mother gradually began to visit church occasionally and received Holy Communion shortly before her departure.

My wife and I continue to pray for my parents, as well as for her mother, who tragically passed away, and for all of our personal “everyday saints”.  Father John is also in our prayers every day. Sometimes my forehead starts to ache for no reason, and then I silently say, “Forgive me, father!” and it seems to me that I can hear in response, “Good boy, Mitya”.

Translated by The Catalogue of Good Deeds
Source: https://foma.ru/durak-ty-dimka-zachem-v-popy-poshel-boga-to-net-svjashhennik-o-tom-kak-ne-stoit-privodit-roditelej-k-vere.html 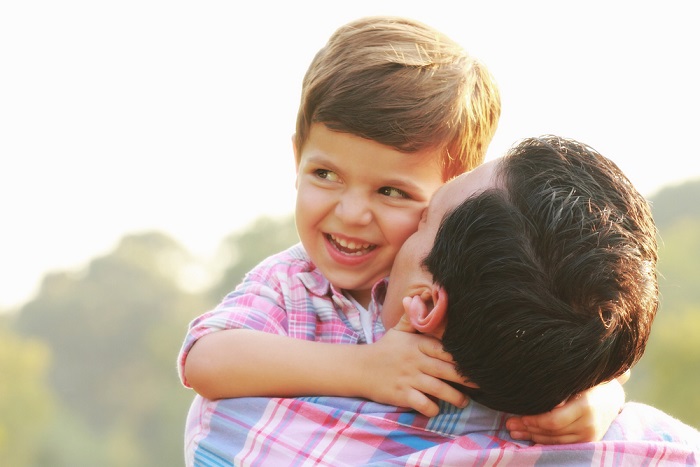 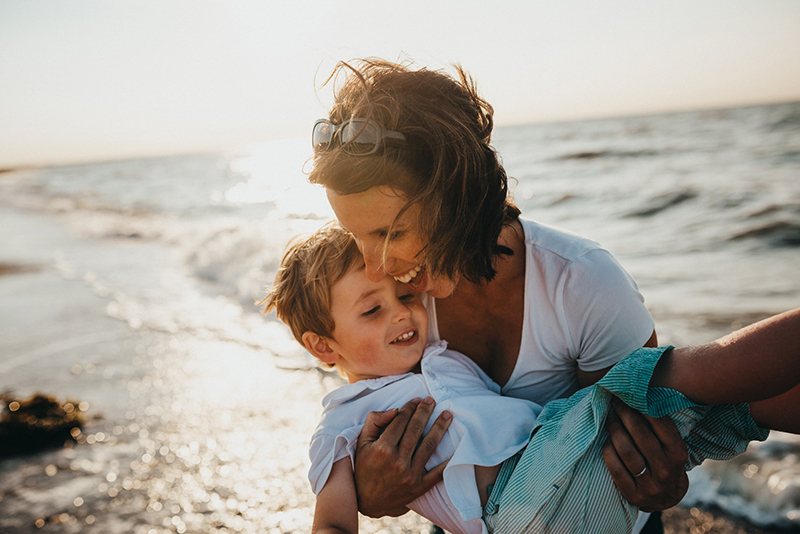 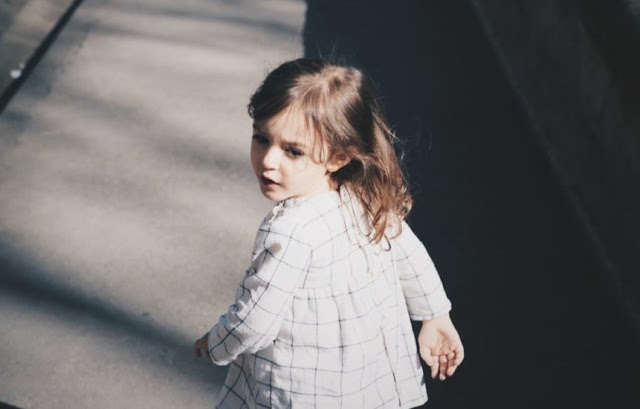