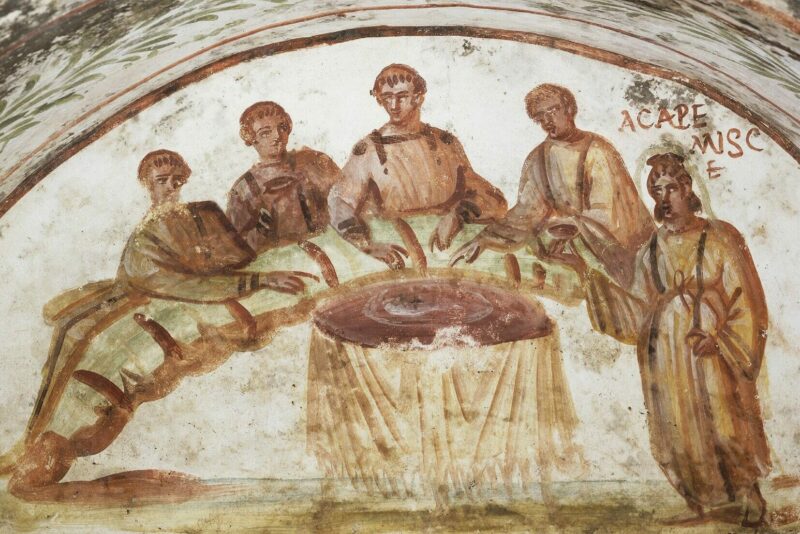 Many of us will have heard about an Agape feast. Some may even have a general idea of what it means. However, the theme of Agape feasts is not as simple as it sounds and deserves more detailed consideration.

Agape meals, or love-feasts, as practised between the first and fourth centuries of our time, was an evening or overnight Christian ritual meal, a time of fellowship and commemoration of Our Lord Jesus Christ. This is a dry and factual definition. To understand the causes and origins of Agape feasts, let us first take a look at the lifestyles of the early Christians in the first years after the Ascension of Christ.

That was a time of intense eschatological expectations. Conversions were deeply transformative. New members of the Christian Church parted with unbelief and fear and fully dedicated themselves to the divine. Christians were anticipating the second coming of the Lord. Unlike people like you and me, they had a direct sense of belonging to the New Jerusalem, a kingdom not of this world. With this sentiment, they rejected the pursuit of any earthly goals and dedicated themselves mainly to the service of God and their neighbour. The suppers of love, or agape meals, centred around the Eucharist, became an expression of this trend.

We earliest mentions of agape meals are found in the New Testament. “They devoted themselves to the apostles’ teaching and fellowship, to the breaking of bread and prayer,” writes Apostle Luke in the Book of Acts (2, 42). Sometime later, Apostle Paul rebukes some members of the congregation of Corinth, “So then, when you come together, it is not the Lord’s Supper you eat, for when you are eating, some of you go ahead with your own private suppers. As a result, one person remains hungry and another gets drunk. Don’t you have homes to eat and drink in?” (1 Corinthians 11: 20-22). As follows from these lines, Agape meals were not just for sharing food and drink, as people could eat and drink in their homes. They were mainly for the service of God and the neighbour.

As the early Christians rejected all worldly concerns, they concentrated on these two distinct pursuits.

Criticism of the abuses corrected by Apostle Paul is also found in the writings of the Apostle Jude: “These people are blemishes at your love feasts, eating with you without the slightest qualm—shepherds who feed only themselves. They are clouds without rain, blown along by the wind; autumn trees, without fruit and uprooted—twice dead. (Jude 1:12). We can find more references to the love feasts across the Gospel text, but we have already read enough to understand the nature of the problems related to them.

Outside of the Gospel, references to agape meals are also found in the book of Didache, a monument of early Christian literature. In the ninth and tenth chapters of this work, we find the texts of the Eucharistic prayers read at the agape suppers:

Interestingly, unlike the modern-day Christians, who take communion on an empty stomach, early Christians partook of the Blood and Body of Christ after the feast. Alternatively, Christians in some churches first received the Body of Christ, then had the feast and took the blood of Christ at the end. One evidence of this is the order of the baptismal liturgy of the Holy Martyr Hippolytus of Rome, in which the newly baptised accepted the body of Christ, then drank water, milk and honey finally accepted His blood.

The New Testament Apocrypha “Acts of Thomas” – dated to the third century – already make a distinction between the Eucharist and the Agape Meal. Increasingly, the sacrament of the Eucharist was performed in the mornings, although some liturgies continued to be served in the evenings. An Agape meal remained an evening event. From the writings of Cyprian of Carthage, Hippolytus of Rome, Origen and Clement of Alexandria, we find that agape feasts took place on Sundays and were attended by all members of the congregation led by its bishop. For them, it was a time of fellowship and helping the poor.

Between the second and third centuries, two types of agape feasts begin to form – commemorative and charitable. The former was held at the tombs of the Christian martyrs to commemorate their great feats. An early monument of Christian literature, Acts of Apostle John, describes in detail the order of a commemorative agape meal.

Clement of Alexandria’s writings we more critical. He denounced the love-feasts, believing them to be an imitation of the Pagan traditions and even a tribute to the demons. Conversely, Origen, his successor at the school of Alexandria, wrote: “We honour the memory of the saints and our parents; we commemorate our friends who died in the faith, rejoicing in their repose and praying for a righteous departure in the faith for ourselves … so may our feast serve to commemorate and bring peace to the soul of the departed, and to us become like a fragrance before the face of the Lord.”

Commemorative agape feasts of old had nothing in common with the disgraceful scenes that we sometimes observe today at the graveyards.

According to Augustine Aurelius, guests at the agape feasts consumed very limited amounts of food and alcohol and gave the rest of the food and drink to the poor. Importantly, commemorative agape feasts gave rise to two types of church services – offices for the saints and the departed.

The love feasts of the early Church had a strong element of almsgiving, although charitable love feasts had a few distinctions. Wealthy members of the Christian communities used some of their means to hold Agape feasts to feed the indigent, mostly widows. Attendance of the giver was not required. Moreover, the well-to-do Christians preferred to remain anonymous to avoid praise for their charity.

With time, however, abuses at the Agape feasts were becoming increasingly common. Gluttony, eating and drinking to excess, small talk, inappropriate laughter and use of foul language were some examples. These excesses gave reason for accusations of immorality coming from the Pagans. Saint John Chrysostom speaks of the agape feasts with disdain, while Saint Ambrose of Milan uses the term agape to refer to the virtue of almsgiving.

The practice of agape feasts declined by the middle of the fourth century. Fifth-century sources make no mention of Agape Feasts in the Eastern churches, although some scholars conclude – based on indirect evidence – that the tradition of agape feasts may have continued in some remote villages for another century.

Speaking of agape feasts, we recall with warmth and appreciation the traditions of the early church. However, nothing prevents us from reviving this tradition and adjusting it to the present time. It is perhaps unrealistic today to go back to celebrating the Eucharist over an agape supper, but sharing a meal with the other Christians of the same parish is a good way to strengthen cohesion and help the needy.

Eschatology is a part of theology concerned with the final events of history, redemption and afterlife, the ultimate destiny of the Universe and its transition to a new state.

Translated by The Catalogue of Good Deeds
Source: https://spzh.news/ru/istorija-i-kulytrua/84016-vecheri-lyubvi-nemnogo-ob-agapah-proshlo-i-nastojashhego 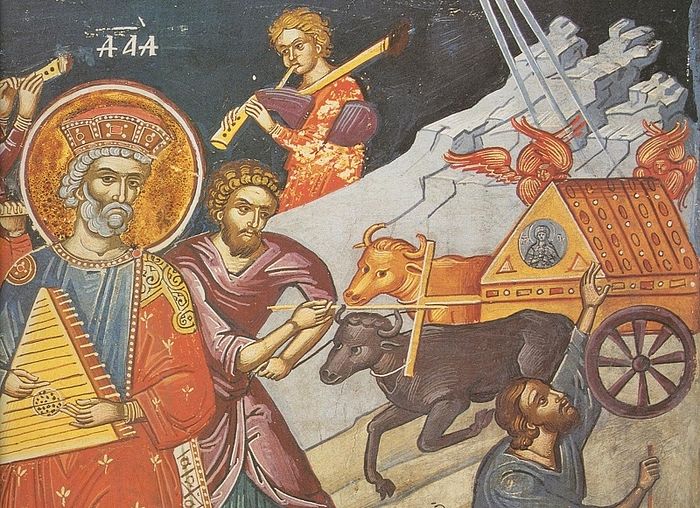 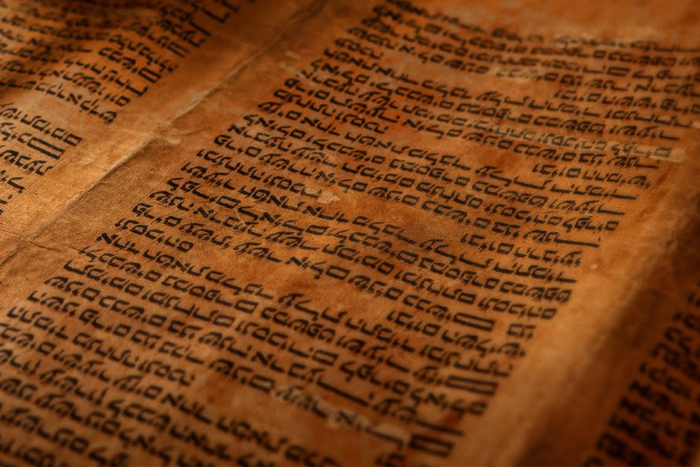